As you will see today, the old axiom that you can’t improve upon perfection is just not true anymore…at least when you give ASUS two years to work on it. Although the Rampage IV Extreme was by no means starting to show its age, you had to expect that ASUS would react to the launch of Intel’s flagship Ivy Bridge-E LGA2011 processors with an optimized new flagship motherboard of their own. The result is the Rampage IV Black Edition. This is only the second such Black Edition model to appear from the Taiwanese manufacturer, the previous being the Rampage III Black Edition, and it is clearly positioned as the undisputed champ of all LGA2011 motherboards on the market today.

Starting from the basics, the Rampage IV Black Edition, also referred to as the RIVBE, is based on the X79 chipset and takes full advantage of its capabilities. This model features a full complement of eight DDR3 memory slots, which allows for up to 64GB of RAM and overclocked memory speeds up to DDR3-2800. It has four mechanical PCI-E 3.0 x16 slots with support for both 4-way SLI and 4-way CrossFireX. On the storage front, there are six SATA 6Gb/s ports, four SATA 3Gb/s ports, two eSATA 6Gb/s, six USB 3.0 ports, four USB 2.0 ports, as well as a number of USB headers allowing for further expansion. Rounding out the connectivity is the onboard dual-band 802.11ac Wi-Fi/Bluetooth 4.0 with an external antenna. 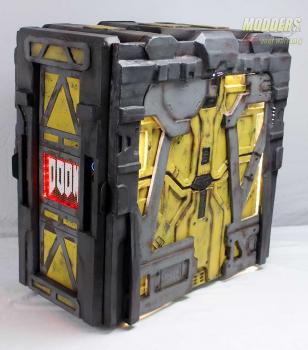