NVIDIA has started their #Orderof10 Origins giveaway in which users are urged to solve math-related puzzles unveiled weekly in order to gain entries for a daily and weekly prize drawing. The puzzle for the first week went online earlier today July 21st and here is the answer guide for those curious on how this works or need help figuring it out.

You have to first visit http://www.orderof10.com and register.If you have a friend who already registered, they will have a referral code which you can use and they will gain extra entries for the giveaway (total of first four gives 20 total bonus entries, five for each person). The text reads: “Zhang Heng was an incredible polymath who made breakthroughs in seismology, astrology, and hydraluics. These dicoveries provided perspective, but more importantly, they unlocked new possibilities. One of his unfinished works eluded to the prime spiral, a number pattern made famous by Ulam 1,800 years later.”

This Zhang Heng fellow certainly sounds like a cool dude. NVIDIA probably meant “alluded” instead of eluded, since that means “hinted at” rather than “to avoid”, anyway this is a math challenge after all, not a grammer test so let’s examine the rest of the clues.

“Ulam” in this case refers to Stanislaw Ulam, a Polish mathematician who the prime spiral or “Ulam Spiral” is credited to. In simple terms, it basically means that a repeating pattern can be observed if a person writes down incremental numbers from 1 as it spirals outwards. This repeating pattern is made up of a series of prime numbers when isolated. The rest of the puzzle page gives us a blank template at the top and a puzzle in the middle with Chinese coins strewn about and an image of one of Zhang Heng’s work (I’m assuming). The jumbled puzzle is made up of 14 x 15 squares so that is 210 squares in total. The blank piece at the top does not directly overlay so solving this puzzle is not that simple. It will involve the Ulam spiral somehow, hence the clue. The blank pattern on the cloth above itself has 164 blank squares (I have numbered the square in a Pokeball pattern to inspire you to continue on with your quest from here. Gotta solve them all!). The coins around it have a big “donut” hole that resembles the pattern so it might be safe to assume that the larger square in the middle of the blank pattern should be left blank as well.

Then we isolate the prime numbers. Since the actual prime table is very low, the Ulam spiral pattern isn’t very impressive nor noticeable so this heavily implies the pattern formed itself is not essential, but maybe the numbers do since we know that the remaining square blocks will fit inside the square: This is probably the most painstaking part. 164 pieces of tiny squares to cut and paste into the damn blank pattern. Let us just hope that it is not jumbled: Hooray! It is actually organized so that means we just need to continue cutting and pasting in order of increasing value to get the full picture: 164 goddamn pieces and it is actually harder to do in Photoshop. I solved it earlier on paper while on my lunch break at work as it was a lot easier moving paper around. There! Finally, mystery revealed. Unfortunately it is not Gyarados, but it certainly is a dragon. The final step is of course to enter the answer in the blank entry form and it will let you know if the answer is correct. You simply need to describe what you are seeing. This part is a bit tricky too because the word is not Chinese at all, but Greek. Good luck and see you next week! Post your referral code in the comment section below if you want people to use it for more entries (or just leave comments and suggestions). 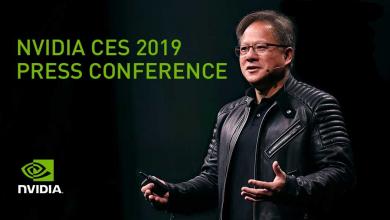