An Overview of upcoming 2013 Blu-ray Releases

Ben has prepared a list of many of the upcoming Blu-ray movies and other releases to hit the world in 2013. Are you ready?

2012 was a bumper year for Blu-ray, delivering what some may consider the last of the heavy hitters that were awaiting a Blu-ray release – titles such as Titanic, Avatar in 3D and Indiana Jones.

2013 is shaping up as another good year for Blu-ray fanatics. If all goes well, we’ll see some great catalogue releases such as James Cameron’s True Lies and The Abyss, Disney’s evergreen blockbusters Who Framed Roger Rabbit and The Little Mermaid, and not least some promising hits including Pixar’s Wreck It Ralph and Star Trek: Into Darkness.

Let’s take a closer look at what goodness 2013 should bring us.

via An Overview of upcoming 2013 Blu-ray Releases | TweakTown. 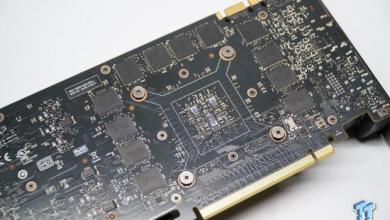 How Much VRAM Do You Really Need?