CRYORIG is celebrating the end of a successful year with the announcement of their latest LUMI RGB+ Edition prototype H7 CPU cooler. Unlike other CPU coolers which simply use an LED fan, CRYORIG’s LUMI Edition coolers light up the heatsink body (LUMI is shortened from the word ‘illumination’). They have chosen the entry level H7 CPU cooler with maximum clearance compatibility on most mainboards as the first to receive the LUMI treatment with its 6-heatpipe tower design and 120mm fan. The best part about this news is that CRYORIG is giving fans a chance to be the first ones to get LUMI CPU coolers by holding a year-end giveaway. A total of 5 LUMI Edition H7’s and 2 LUMI RGB+ Edition H7’s are up for grabs. As the name implies, the RGB+ Edition has multi-color option. Since these are prototypes, these are not available anywhere yet and won’t be for quite some time until it hits store shelves. Check out the video below to see the CRYORIG LUMI RGB+ Edition H7 CPU Cooler in action:

For more information on the LUMI Edition CPU Coolers and to join the giveaway, go to: http://www.cryorig.com/yearend2015.php

For more information about the CRYORIG H7 CPU Cooler, follow the link to the product page: http://www.cryorig.com/h7_us.php 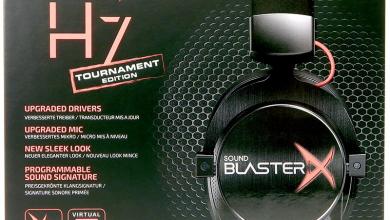 February 16, 2018
Get Your Shirt NOW before they are all Gone!
Case Mod Gallery