Data storage and IT giant EMC is contemplating a deal under which it would be acquired by VMware, the software company in which it is a majority owner, according to sources briefed on the discussions.

That is one of several options EMC’s board is exploring as part of a wide-ranging strategic review of its operations and as a partial response to pressure from an activist shareholder. Over the last several months it has explored selling the company to both Hewlett-Packardand Cisco Systems, as well as acquiring other companies and selling off assets. Pressure has also increased for CEO Joe Tucci, 68, to get the company on a solid footing before he names a successor and retires.

The discussion to have VMware buy out its parent company comes after Re/code outlined the possibility that EMC could buy out its remaining stake in VMware as part of a more conventional deal. VMware’s shares jumped nearly 3 percent Tuesday after the story. EMC currently owns 80 percent of VMware.

EMC board directors are now looking at a second scenario in which VMware would effectively buy out its parent EMC in a transaction known as a downstream merger. In this instance, VMware would issue new shares in exchange for EMC shares in combination with cash raised from the issuance of new debt.

The move to have VMware buy out EMC is being supported by activist fund Elliott Management, according to sources. Elliott, led by billionaire Paul Singer, had a hand in installing two new EMC board members earlier this year and owns a little more than 2 percent of EMC’s shares. Previously, the firm has publicly pressured EMC to divest its stake in VMware, arguing that the investment has left the parent undervalued and has caused the two companies to compete. Tucci has remained steadfastly opposed to selling EMC’s stake in VMware.

Elliott has lately signaled to EMC’s board that it would oppose a move by EMC to buy out the remaining 20 percent of VMware that it doesn’t already own, according to sources. It’s unclear which way EMC’s board is leaning for the moment. A standstill agreement under which Elliott has agreed not to pressure EMC publicly expires next month. Spokespeople for EMC, VMware and Elliott Management all declined to comment.

Specific terms of the downstream merger deal proposed — including prices and potential premiums — could not be learned, and sources stressed that no agreement has been reached and a deal may not ultimately materialize.

However, the rough outline of the deal under consideration by EMC’s board would work like this, according to sources:

VMware would issue somewhere between $50 billion and $55 billion worth of new shares. A portion of those shares — about $30 billion — would be used to cancel EMC’s 80 percent stake in VMware, which currently has a market value of $38.5 billion. The remaining new VMware shares would be issued to current EMC shareholders, who will also get some cash generated from the issuance of about $10 billion in new debt. EMC shares closed Tuesday at $26.01, valuing the company at about $50 billion.

Source: EMC Considers a Buyout by Its Own Subsidiary VMware 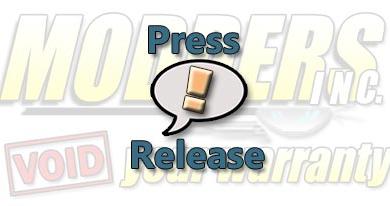 September 3, 2015
Get Your Shirt NOW before they are all Gone!
Join Our Discord!
Case Mod Gallery