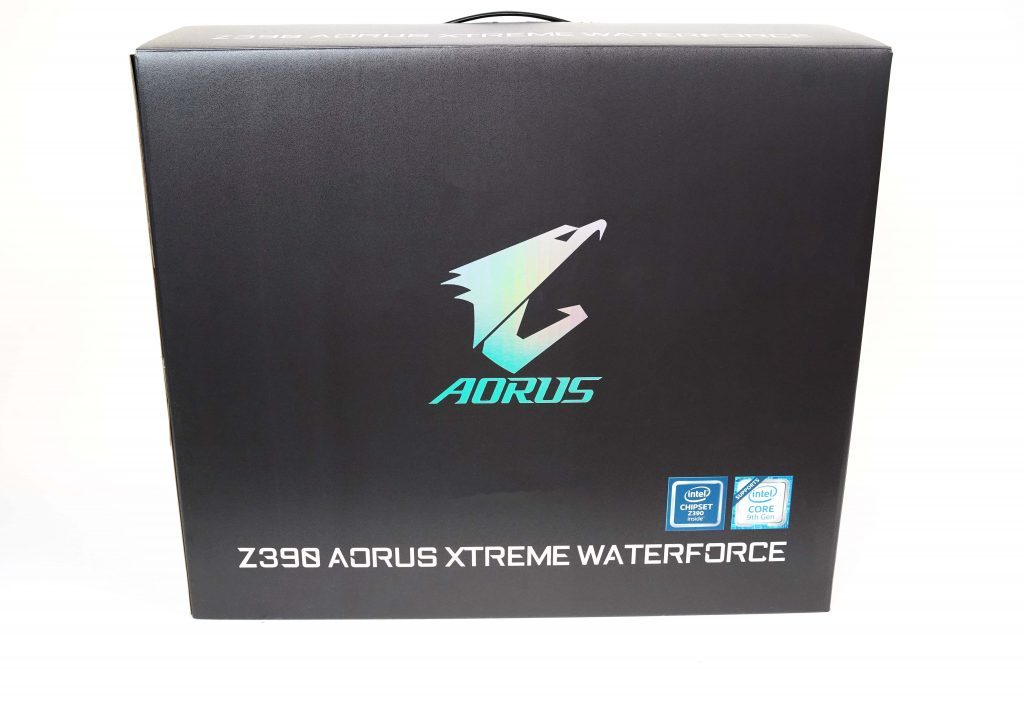 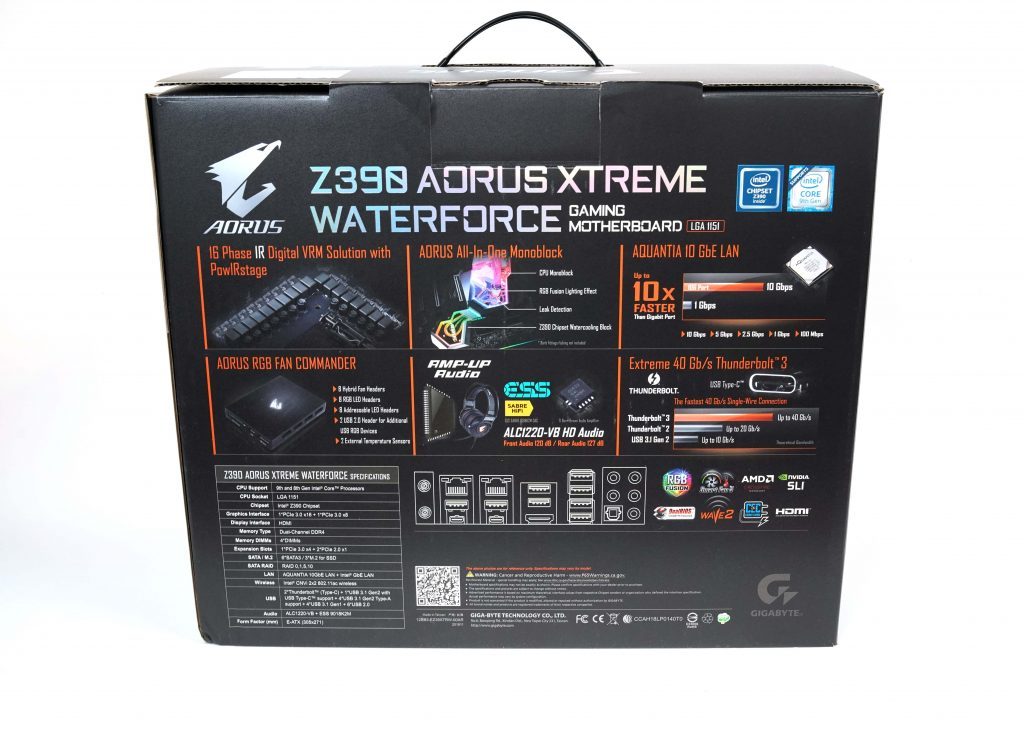 On the back of the box, there is the same falcon head Aorus logo, the Z390 Aorus Xtreme Waterforce branding and two Intel badges across the top. These badges are the Z390 chipset and the Core 9th gen processor badges. Across the middle of the back, there are depictions of some of the main features of the board such as the 16 Phase IR Digital VRM, All-In-One Monoblock, and Aquantia 10 GbE LAN to name a few. Across the bottom of the back, there is a list of specifications of the Z390 Aorus Xtreme Waterforce motherboard. Next to the specifications is a depiction of the I/O of the motherboard. The last thing of note is several badges for features of the motherboard. These include RGB Fusion, Smart Fan5, and Dual Bios to name a few.

Inside the very large box, there are two smaller boxes. The larger of the two holds the motherboard and the smaller box holds the All-In-One Monoblock. Also packed in with the Z390 Aorus Xtreme motherboard is the Aorus RGB Commander RGB controller.