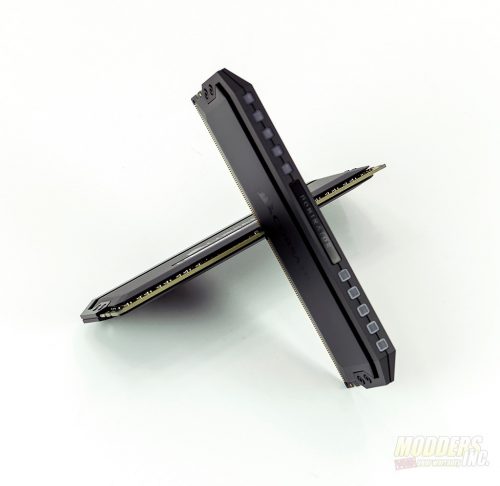 When it comes to memory, Corsair is often sought after. Their memory products are some of the best performing memory modules in the business. Then, there’s the Dominator line up. The Dominator line is the best of the best in performance and aesthetics. The latest in the Dominator line up is the Dominator Platinum RGB. The new RAM features not only a new design but also new RGB LEDs. We got a chance to take a look at the new memory kits at CES.  The major talking point was the new Capellix LEDs. They are smaller (down from 2.8mm to .2mm), brighter (up to 60%) and consume up to 40% less power. The new Capellix LEDs are also individually addressable. This enables more customization for that killer PC you just built. Looking at them at the show, I was impressed with the lighting effects.

The packaging for the Dominator Platinum RGB memory modules is simple but effective. On the front of the box, it shows a large graphic of the memory module. In the upper corner, the capacity and speed are listed, in this case, my test sample is 32 GB and 3600 MHz. On the lower right, Corsair calls out that the memory is compatible with their iCue software. On the back of the box, Corsair goes into a bit more detail on the features of the memory in multiple languages.

Inside, the four memory modules are tucked way in compartments in soft foam inserts. The modules are further protected from damage as they are housed in small plastic clamshells. 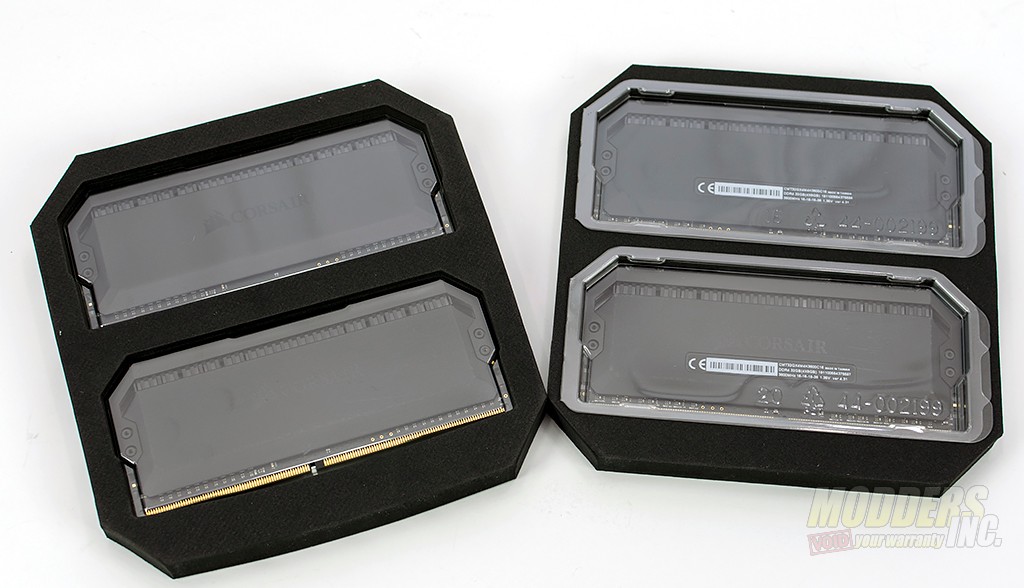