These modules are NOT compatible with motherboard manufactures software and will only work with Corsair’s iCUE software. Corsair has built a complete ecosystem around iCue and it can not only control lighting made by Corsair on various devices such as fans, coolers, keyboards, and mice, but it can also control fan speeds. I have a few Corsair products and I like the fact that I can create a whole color scheme in one place across all my Corsair devices.

When you first fire up iCue, you’ll be asked to set your DIMM layout. Below, since I’m using a Z390 board, I chose a 1×4 layout. Other options include a 2×2 and a 2×4 layouts used for the HEDT platform. 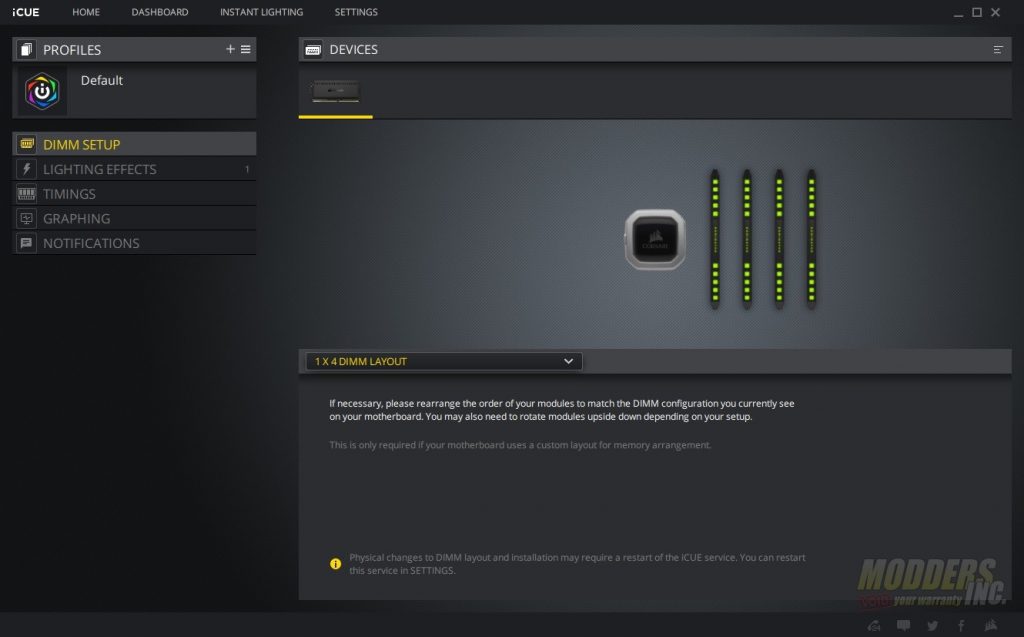 I’ve never had a memory module tell me I needed a firmware update and again, I’ve don’t recall having a memory module with a microcontroller on it either. Shortly after I launched iCue, I was told my memory modules needed an update. It took about a minute to complete with no interruption to my work.

Next in the list is the lighting. There are a vast number of options. Below I am actually using the Temperature preset. I simply set the thresholds for the different colors and as my CPU heats up, the colors change on the LEDs on the modules. There’s a lot of presets that make for some interesting lighting effects. You can also do custom effects as each LED is also addressable and can be configured for its own color separately from the rest of the LEDs. 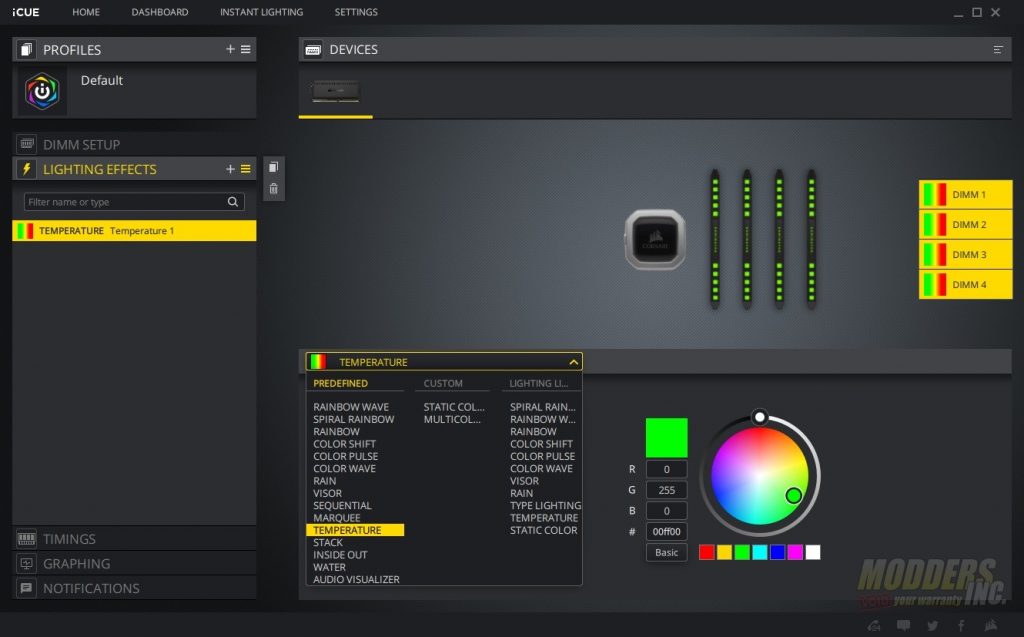 iCue also provides the timings of your modules in the Timings tab. Again, one less application to open to verify my memory settings are correct.  You can see here that the software is reporting timings of 16-18-18-36 with a 2T command rate. 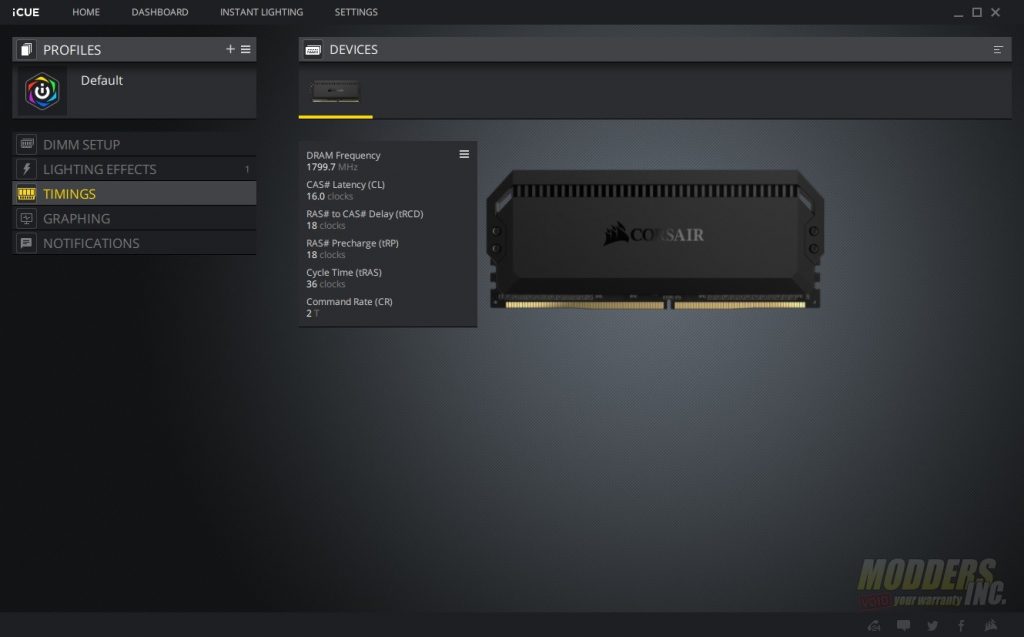 Lastly, iCue can monitor the temperatures of the memory modules and graph them over time. The time range starts at one minute and will graph your memory temperatures all the way up to one day. 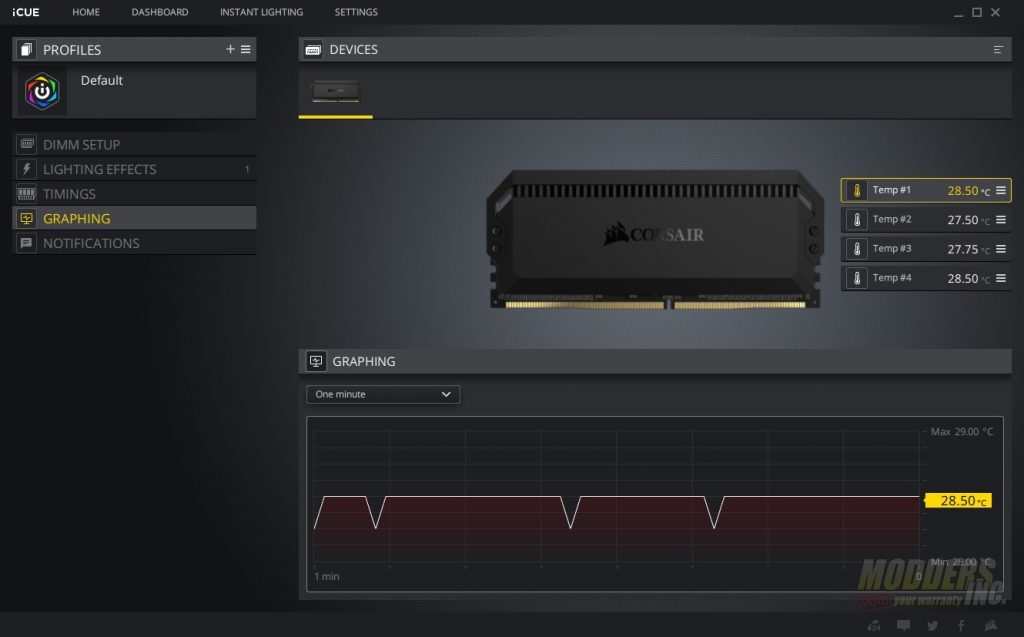 For overclocking, I wanted to limit factors outside the memory kit for performance gains. I left the CPU and GPU at their stock factory shipped configurations. I was able to reach 4000 MHz at 18-21-21-42 timings with a voltage of 1.48. Anything over 4000MHz and it was a 50/50 chance the system wouldn’t boot. If it did boot, upon a full load of the Windows desktop, the PC would bluescreen. I settled back to 4ooo MHz and all was fine and well. I ran the AIDA64 torture test for about 4 hours after overclocking to test stability. After 4 hours, the PC was up and running just fine. 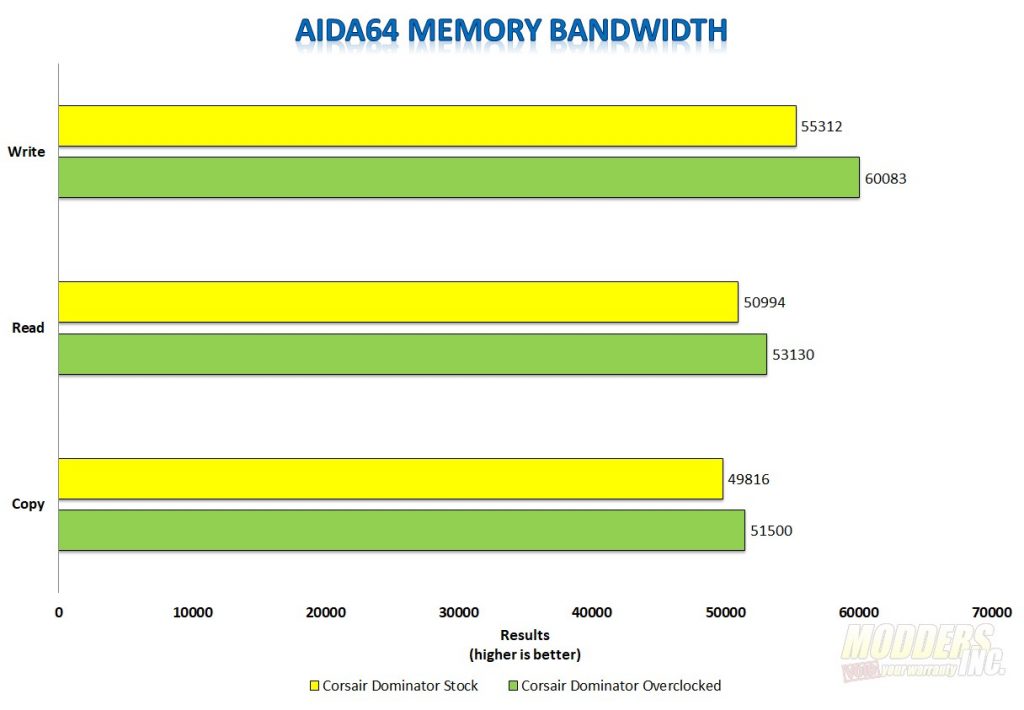 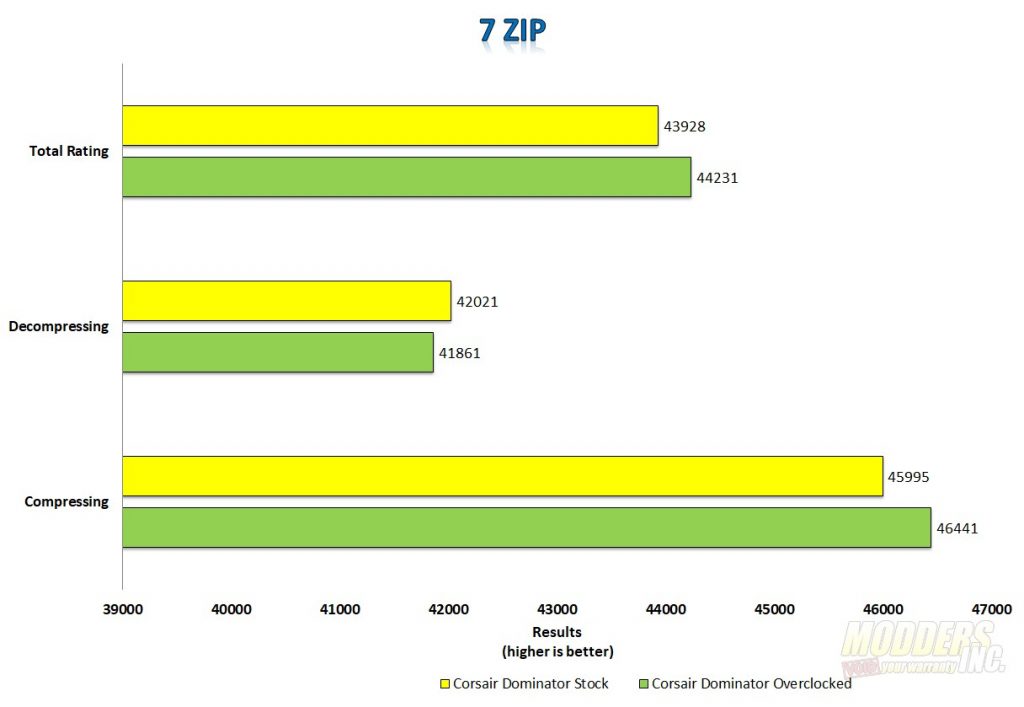 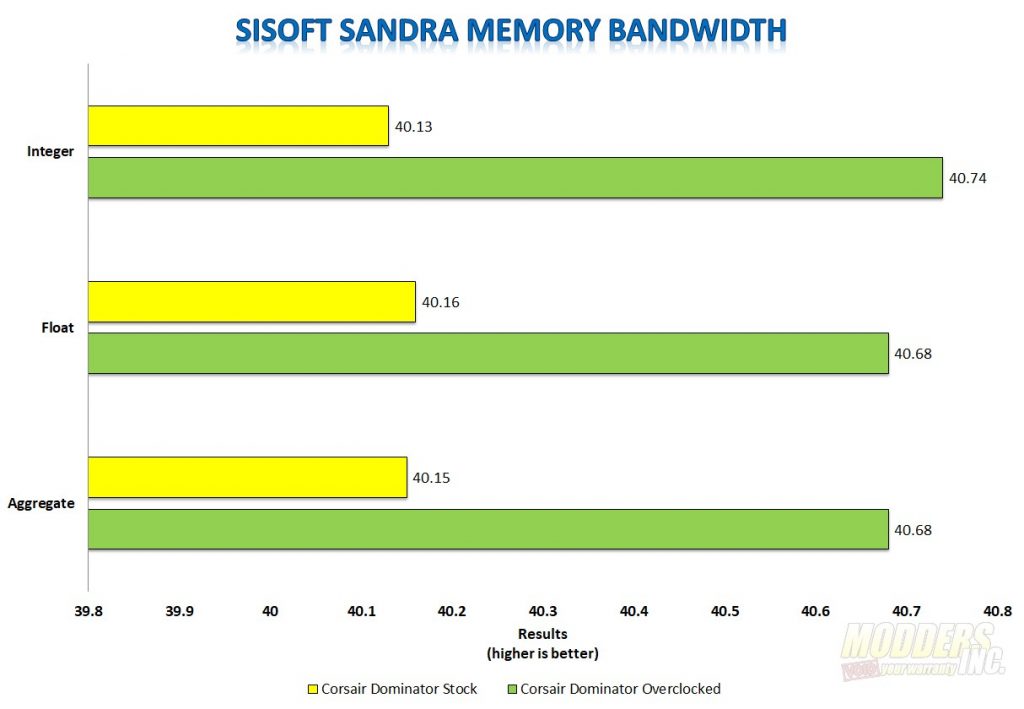 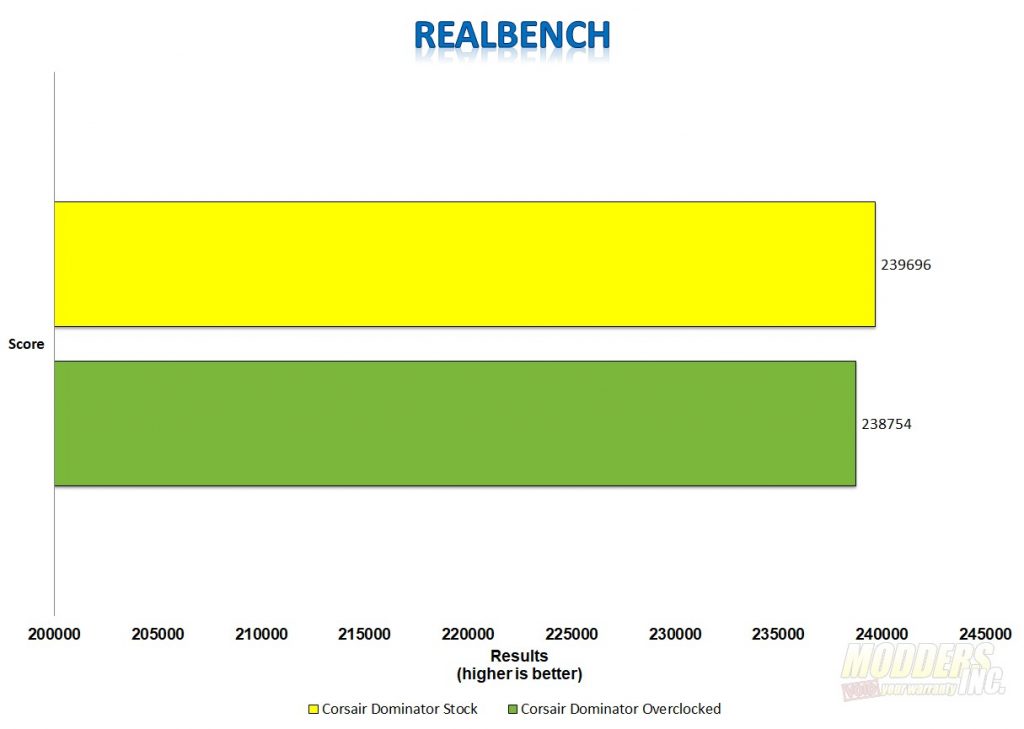 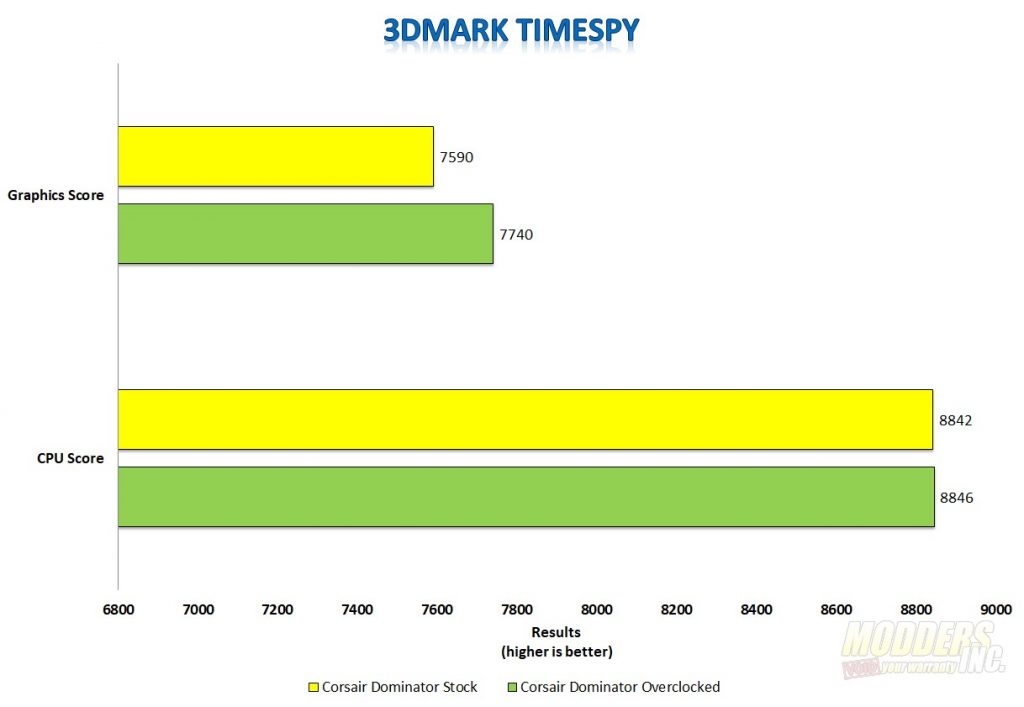