It has been a longtime since I have been this excited about a new accessory product. Many years ago the hot thing to do was to add a small digital display that would give you some information such as CPU temperature, new email alerts and etc. All this did was leave me wanting more. Finally the day has come with the new Kickstarter of the Guardian Hardware Monitor.

But Guardian does much more than lights and fans. Just a Bunch of Geeks LLC built in an impressive list of features that puts this device into class of it’s own. They we went totally geek and make no apologies!

Check out what the lighting looks like inside of a case. 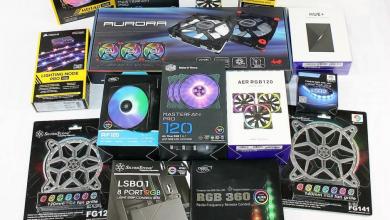