The puzzle-like modular PowerStrip manufacturer, INNFACT, is thrilled to announce the crowdfunding campaign kickoff for their innovative product, KRAIT, on INDIEGOGO. KRAIT’s crowdfunding campaign has officially launched on January 15th and is ready to bring a new benchmark to the industry. INNFACT offers five early-bird plans and packages for early backers to experience the groundbreaking evolution of a PowerStrip with safety, reliability, and creativity. One of the VIP early-bird plans is a jaw-dropping markdown up to 49% off. The mass production is planned for this May, bakers can expect to receive Krait this Summer.

After five days the KRAIT campaign has reached over 55% of its $15,000 funding goal as of this press release. Consumers will need to act quickly to get their chance at one of the five early bird plans and packages.

“In order to show the flexibility that the KRAIT can offer, our early bird program on INDIEGOGO provides five kinds of module combinations along with a special perk plan. These plans allow users to make full use of KRAIT’s excellent design and tailor the PowerStrip according to users’ needs. KRAIT can be assembled into more than what is provided in the five available packages. Backers who truly want an all-in-one PowerStrip for their gadgets and home appliances now have an option to pre-order more than one set of the KRAIT PowerStrip with a better deal.” said Daniel Chou, the CEO of INNFACT.

The INNFACT KRAIT INDIEGOGO campaign includes five perk deal combinations and product packs with the choice of different colors, which are:

The estimated shipping date is August 2022, and it will be able to ship to U.S., Canada, Japan, Taiwan, and China.

INNFACT put countless hours into crafting the world’s first modular fast-charging PowerStrip to deliver the intelligent design on safety, durability, and flexibility for laptops, hand-held electronic devices, and most home appliances. The KRAIT can be configured for a variety of different options.  When used at home or office it is an all-in-one power strip designed to be clutter-free allowing you to get rid of bulky adaptors. However, when the KRAIT is to be used outside of the office or home it can be built into a lightweight portable version by directly attaching the DC puzzles with the charger.

“Safety and rock-solid reliability are important design concepts for INNFACT when building the KRAIT PowerStrip with safety topping them all! With almost 40% of all household fire accidents being caused by electrical failure from outlet extenders and power strips. That’s why we have strived to create a better solution. Our engineering team has created an exclusive AutoShut” design that delivers an auto-shutdown feature to protect the PowerStrip and your devices from overloaded, inappropriate plugging, and for when no load is detected.” Added by the CEO, Daniel Chou.

KRAIT is comprised of four main modules: the source power puzzle, the AC puzzle, the DC puzzle, and the Plug puzzle. It supports three AC outlets, two USB-C, and two USB-A ports. Each module can be detached and re-attached separately, depending on the user’s demand. The total AC power support of KRAIT is up to 1650W, and it comes with an intelligent overloaded/ unplugged and away sensor called “AutoShut” and is designed to protect the KRAIT and your devices from hazardous from electrical failures. The DC puzzle supports up to 100W PD with an optional QC fast charging option. The handy Bluetooth smartphone app allows users to control the KRAIT and set timers for when outlets on the PowerStrip will be active or disabled.

The concept of KRAIT:

The source puzzle part is the central part of the power strip; it supports total power output up to 1650W and comes with an intelligent overloaded shutdown feature along with surge protection for all downstream devices. In addition, it features 4 LED indicators for monitoring current loading from the AC puzzle and is available with a variety of power cord lengths for different occasions.

The AC puzzle includes three independent AC outlets supporting the US, Japan, and Taiwan plugs. It features intelligent AutoShut protection to ensure electrical safety for when devices are unplugged from the outlet or plugged in incorrectly. KRAIT will also be available with a Bluetooth remote control, allowing complete power control to each AC outlet, including a built-in programmable timer.

The Plug Puzzle turns the DC Puzzle into a charger and allows a quick charge on the go.

This puzzle is available for the United States, Japan, and Taiwan with ongoing product development for Australia and the EU.

You can connect with INNFACT using the contact details below: 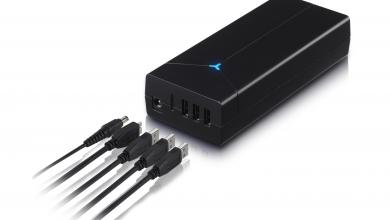 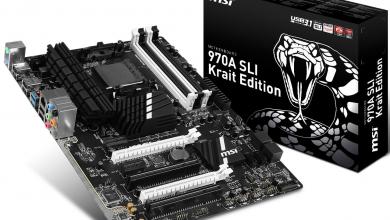 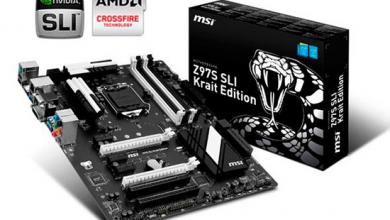