A Closer Look at the SAPPHIRE NITRO+ Radeon RX 480 »

At CES 2016, we visited the AMD booth and got a peek at AMD’s next generation GPU running on what they called “beta silicon” with an official name of Polairs. Fast forward to Computex a few months later, AMD announced the new card was ready and showed off the Polaris GPU with game play demos as well as technical details. Based on their demo and when they mentioned the price, we were a little surprised. The AMD Polaris 480 GPU is a purpose built GPU designed to run at 1920×1080. At this point in time, most people are gaming at 1920×1080. Sapphire is one of AMD’s biggest board partners takes the Radeon RX480 a step further with the Nitro+ version that features a Sapphire custom cooling solution, LED lighting, dual BIOS and comes with a modest overclock as compared to the AMD’s reference version.

Review Sample Provided by:
Product Name/Link to Website: SAPPHIRE NITRO+ Radeon RX 480
Product was given in exchange for work done to produce this review.

Sapphire’s packaging for the Nitro+ RX 480 is pretty simple in terms of flash and flair. The artwork on the front of the box features a robotic creature as well as the product name in red. The rear of the box goes into more detail on the features and specifications of the card.

A box within a box rounds out the exterior packaging. Inside, the Nitro+ RX 480 and accessories is tucked under a layer of eggshell foam and wrapped in an anti-static bag.

The kit comes with a warranty guide, quick start guide, Sapphire Nation brochure and a driver and software CD. A Closer Look at the SAPPHIRE NITRO+ Radeon RX 480 » 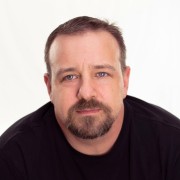