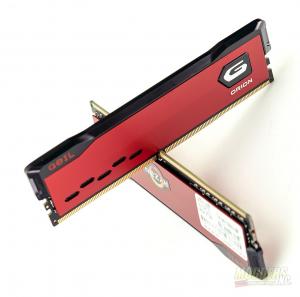 The Orion DDR4 memory kit is the newest memory modules launched by GeIL. The GeIL Orion DDR4 kit is aimed at content creators and gamers. The Orion kits are available in capacities of up to 64 GB and memory speeds topping out at 4000 MHz. GeIL manufactures two main categories of the Orion line. The Orion and the Orion AMD Edition. There is also a sub-category for the Orion modules as well, the PGA or Phantom Gaming edition for both platforms. The Orion AMD edition is specifically geared towards increased compatibility with AMD systems. It is no secret that AMD platforms have had memory compatibility issues and I’ve experienced them myself. Whether it is timings, speeds, stability, or XMP compatibility the GeIL Orion AMD Edition memory kit aims to solve these issues. Keep in mind GeIL isn’t the first nor will it likely be the last manufacture to release memory modules that are specifically aimed at one platform or another. With the latest B550 motherboard paired with the AMD Ryzen 9 3900x, the Orion AMD edition was put to the test.

The packaging for the Orion DDR4 memory is very Sci-fi in appearance. The way the artwork is laid out makes me think of pulling off panels on a spacecraft and this is what I’d be presented with. The artwork shows a clear representation of the modules contained within. In the lower left corner on the front of the box, you’ll find the Ryzen logo indicating this kit is the AMD edition. On the back of the box, there is a small window that allows you to see the informational sticker on one of the modules with an additional informational sticker on the box.

Inside, you’ll find each of the memory modules is houses in a separate plastic clamshell. 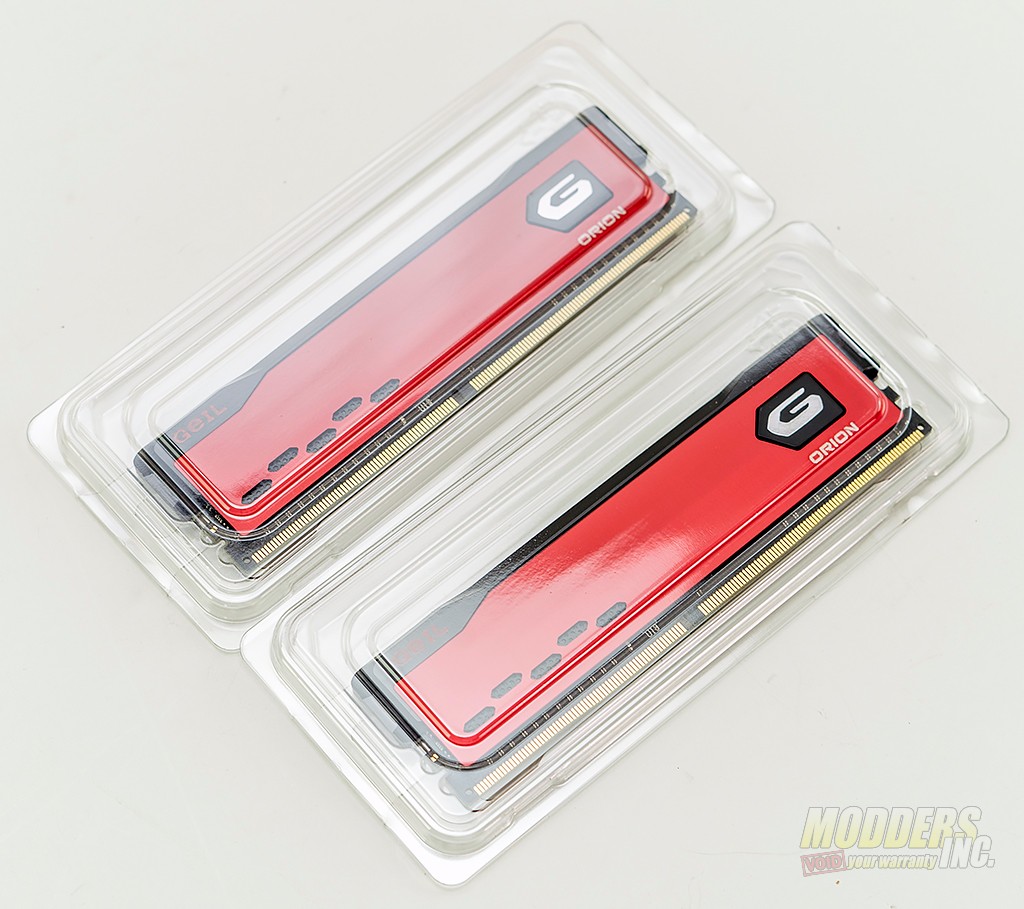 The GeIL Orion memory kit is available in two colors, as you can see by the image below, we received the Racing Red Sample. The heat spreaders are made from aluminum as well, the cap covering the spine of the module is made from aluminum. 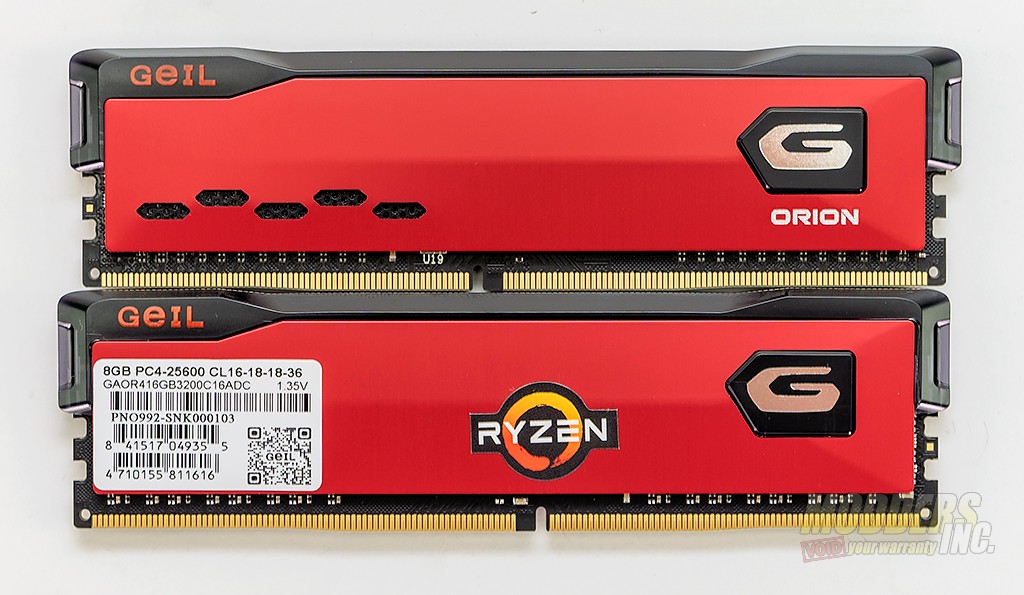 Notice something missing? The Orion has no RGB lighting. Which is not a bad thing. While I do like RGB lighting, there are some instances where it’s not needed or wanted. 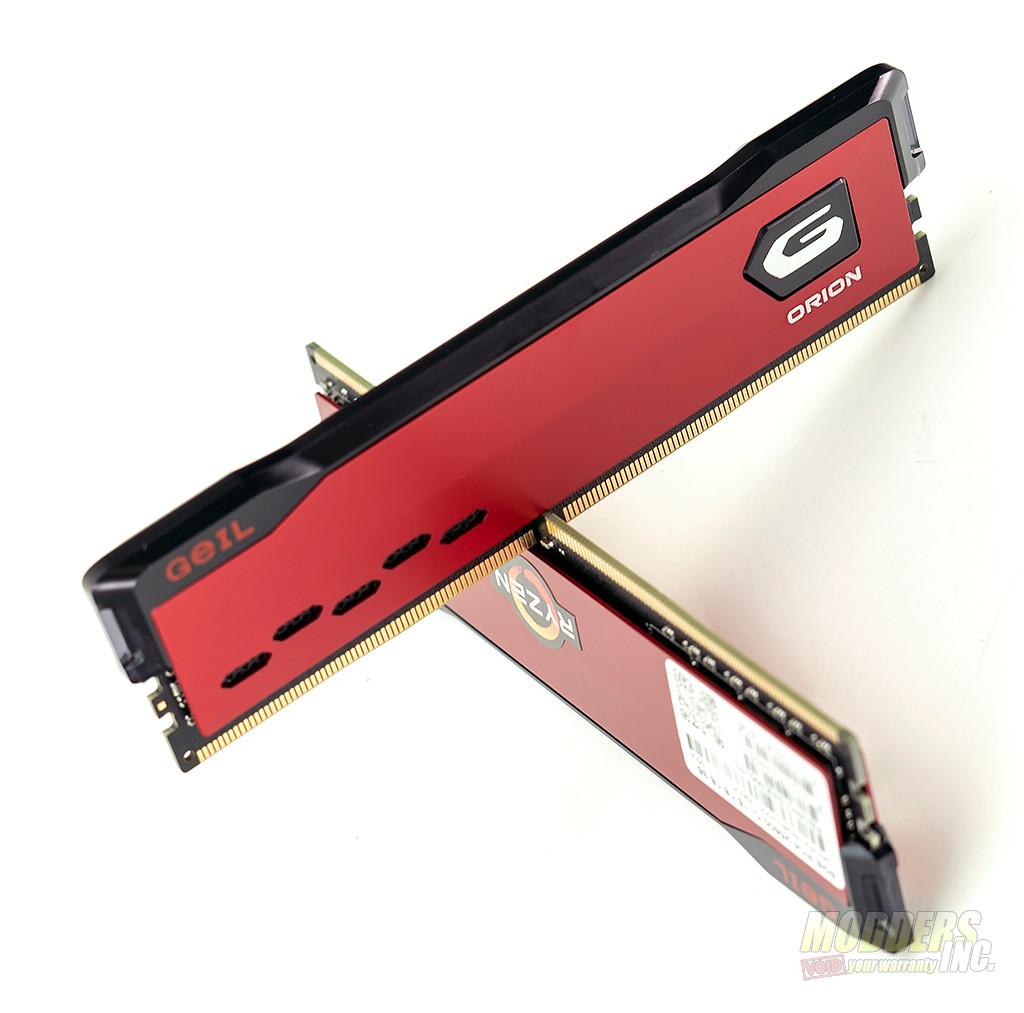 The heat spreaders pop off pretty easily. With our sample, the PCB only had memory ICs on one side. I could not find any markings on the modules what so ever. 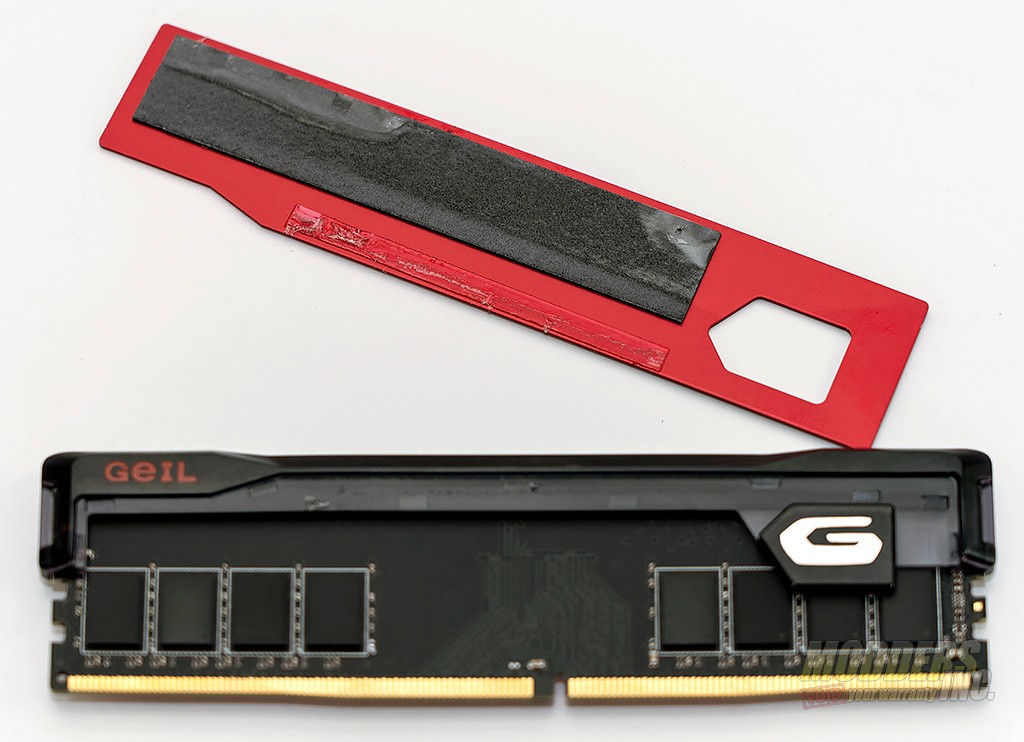