Aerocool offers both 120 and 140-millimeter models, which are available in several color-variation. Users have the choice between a classic “black edition” without LED illumination and the colorful editions with LED illumination, such as blue, white, orange and red. Fancy design is not the only aspect of the new Air Force series. High airflow at low noise level is achieved thanks to the energy-efficient fan blade design, which reduces air turbulence. All 120 mm models are rotating at constant 1.200 RPM and create a steady airflow of 52,65 cubic feet per minute at mere 25,4 dBA. The 140-millimeter models are operating at virtually the same noise level (25,5 dBA), yet spinning at only 1.000 RPM, while moving impressive 62,26 cubic feet per minute. The Air Force case fans are furthermore focusing on a long lifetime. Equipped anti-shock Fluid Dynamic Bearing (FDB) allows the fans to operate smoothly for up to 100.000 hours (MTBF). Yet another unique feature is the supplied Air Circulator, which allows the airflow to be guided to intense the cooling performance. 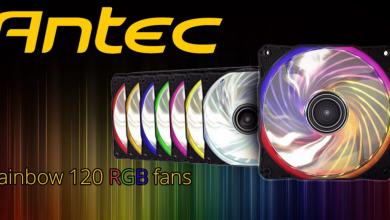 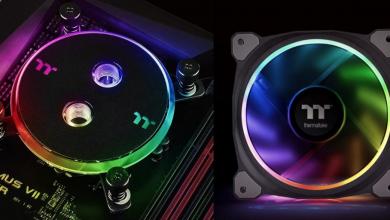 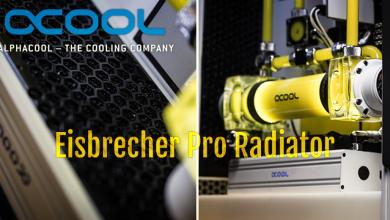 New Alphacool Eisbrecher Radiators Made with Silence in Mind