The test was conducted on a DimasTech EasyXL open-air test-bench.  All case and heat sink fans were benchmarked with fan control settings disabled and running at 100% unless otherwise specified.

Temperatures are averaged (last minute) from individual core temperature results monitored by AIDA64 after 15 minutes using the default CPU, and Cache simultaneous load. AIDA64 is able to use the latest instructions including AVX and AVX2, etc unlike other older CPU load tests so it is also a lot more “future proof” as more software start to utilize it. Please keep in mind that this test is brutal and not even close to real-world load (especially not that constant for that amount of time). Three runs are conducted per cooler and a fourth run is done after a remounting to verify. Last minute average is taken instead of the peak because it represents the averaged behavior of the thermal performance instead of worst-case scenario or a snapshot. Ambient air temperature at the intake of the CPU coolers was measured and indicated in the charts below. I also add observed temperatures for reference but include the delta temperatures as well. 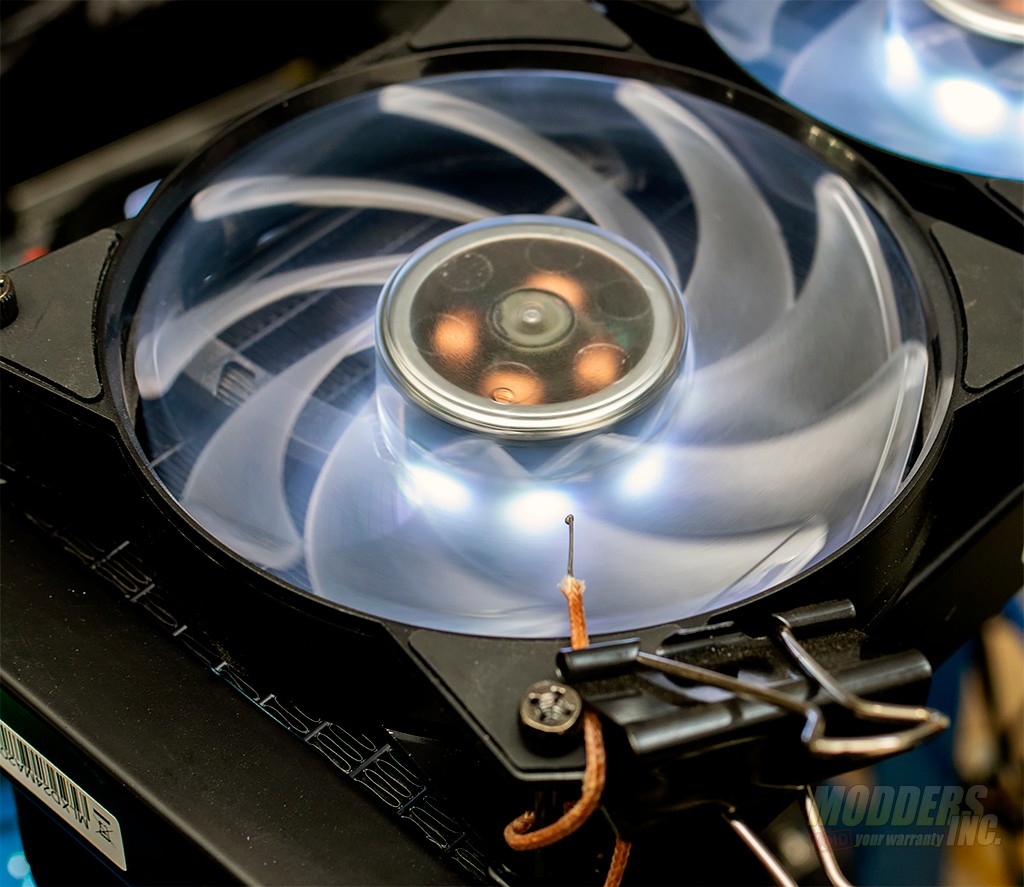 The 1st set of tests I ran were as a typical consumer. I left the motherboard settings for the fan and pump in silent mode. The CPU settings are also set to default in this test. Everything is set to the default values. Testing at 100% is fine and shows the cooler’s capability, but if I’m looking for a cooler, I want to know what it’s going to do under load and quietly. 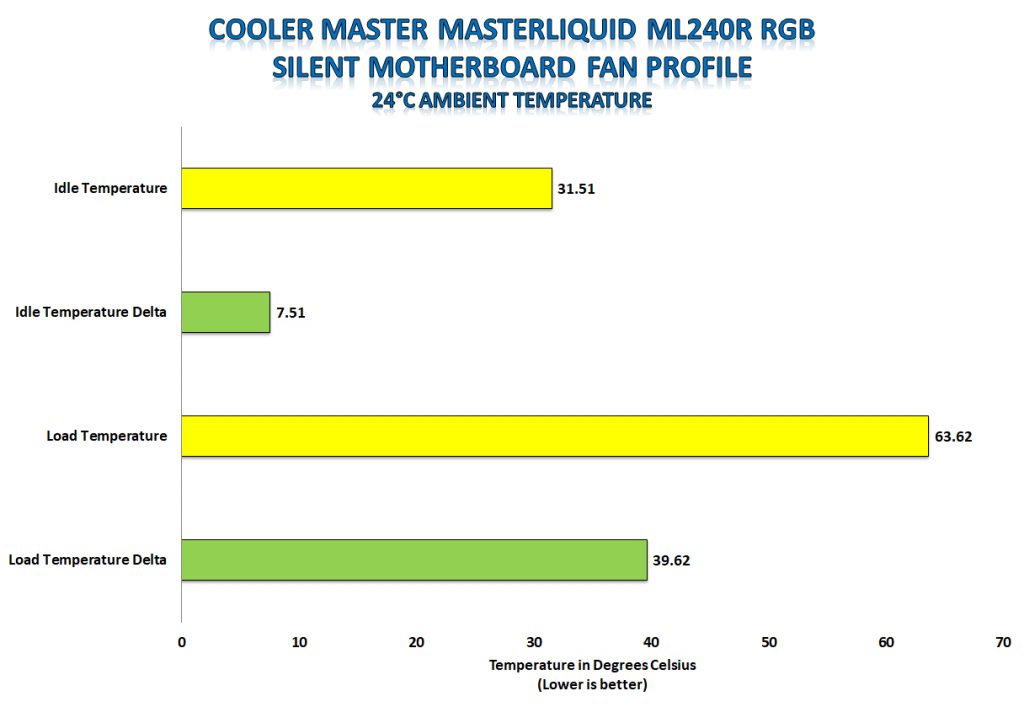 For the remaining tests, I spun the fans and pump to 100% in the motherboard BIOS. In this next test, the CPU at its stock settings and everything set to auto/auto in the BIOS. 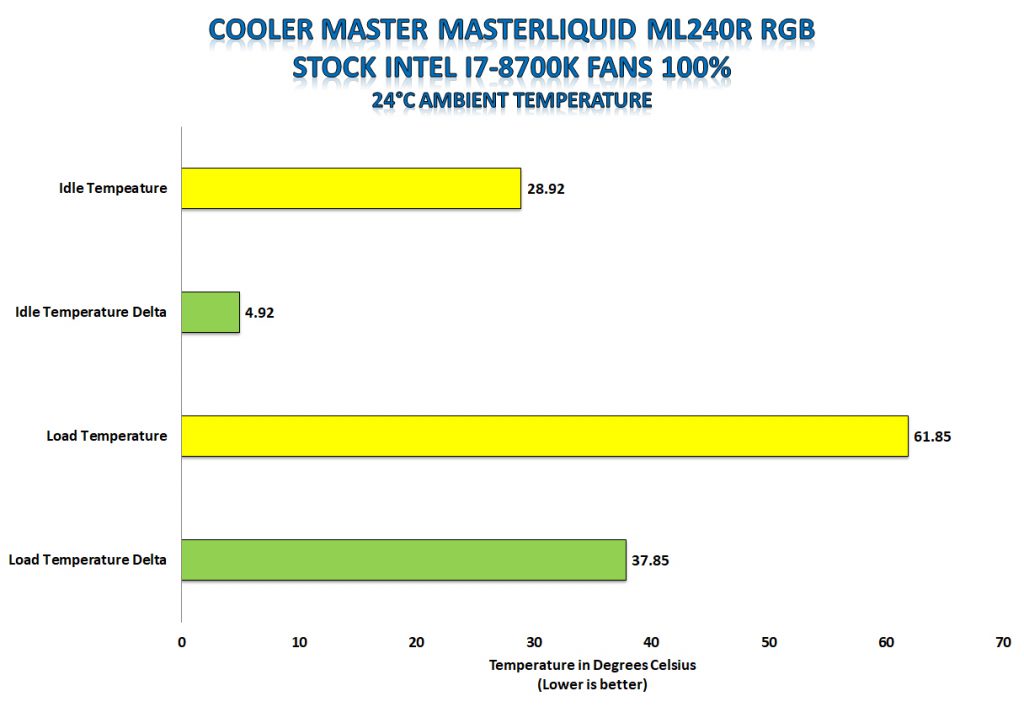 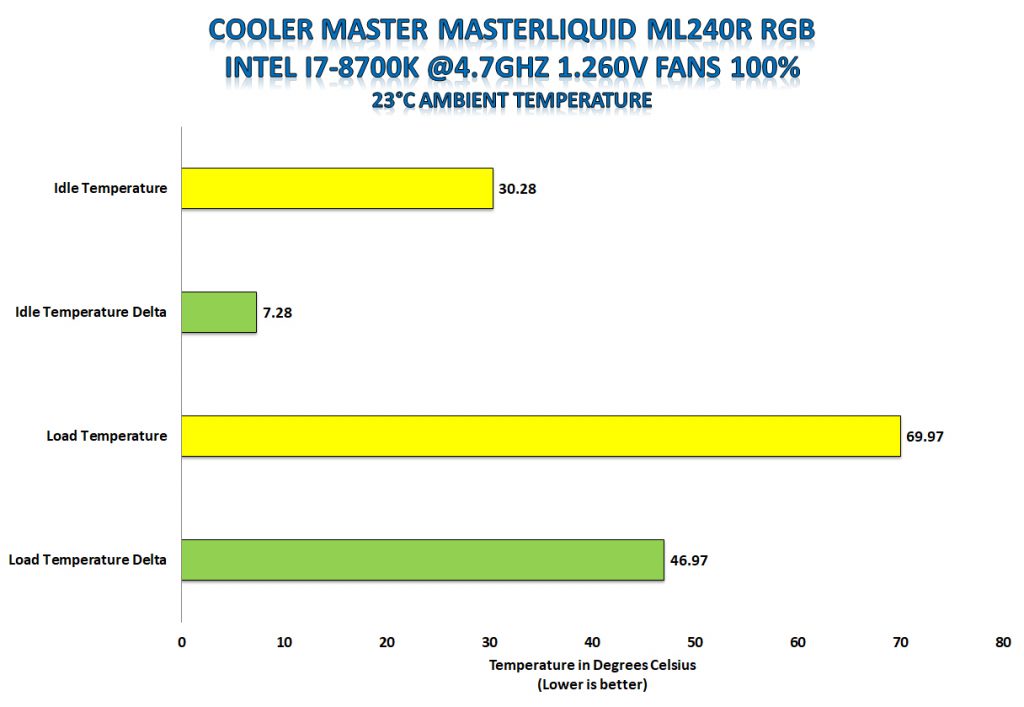 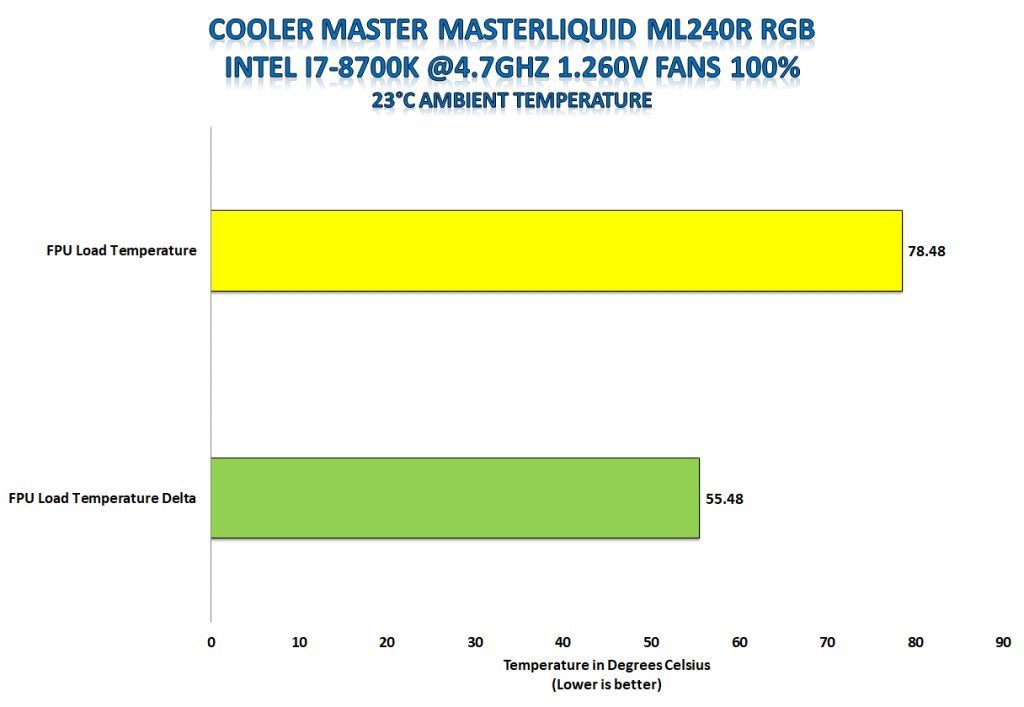 The FPU test is the most brutal test in the AIDA64 testing suite. Temperatures reached 78.48° C for the observed temperature and 55.48° C on the delta. This CPU cooler was able to pass all 30 minutes of stress testing with no throttling.