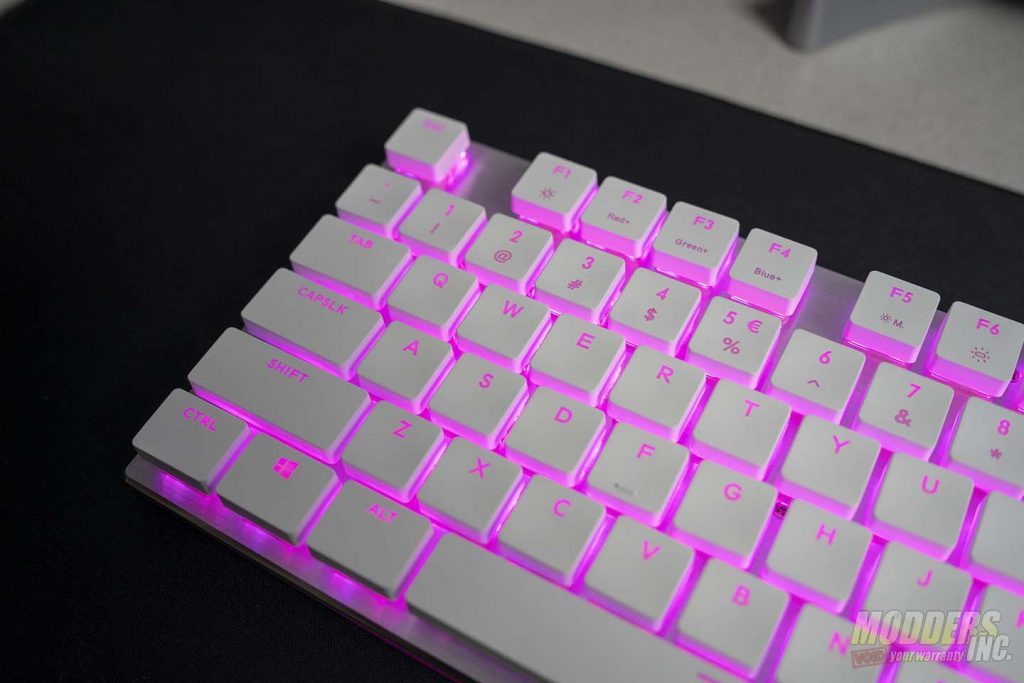 I’ve been using the Cooler Master Limited Edition White SK650 now for almost two months. For full disclosure, I have been using and grown very fond of the Creative Labs Sound Blaster Vanguard K08 with custom Omron Switches. So, switching to the SK650 was quite a change, to say the least. It’s far lighter than the keyboard I’ve been using for the better part of a year now.  For starters, the Limited Edition White SK650 is very light. For this reason, I had expected it to be rather easy to move around. However, even on a mouse mat, the rubber feet on the SK650 do an excellent job keeping it in place.

Although almost nothing in my set up is white, I love how the white SK650 looks on the black mouse mat. With the brushed aluminum backing, the white keycaps really stand out well on the Limited Edition White SK650. Especially with the RGB lighting on. With the combination of the brushed aluminum backing and white keycaps, the lighting really pops. Pink has never looked so pink on any other keyboard I’ve used. In fact, most people who walked through my office commented on how good the white keyboard looked on my desk. Now, being a PC Enthusiast, I do not own a MAC of any kind. However, having seen the SK650 set up on a newer MAC Pro, I can say the white edition of the SK650 is a great fit for MAC users looking for a better option than the official MAC keyboards. 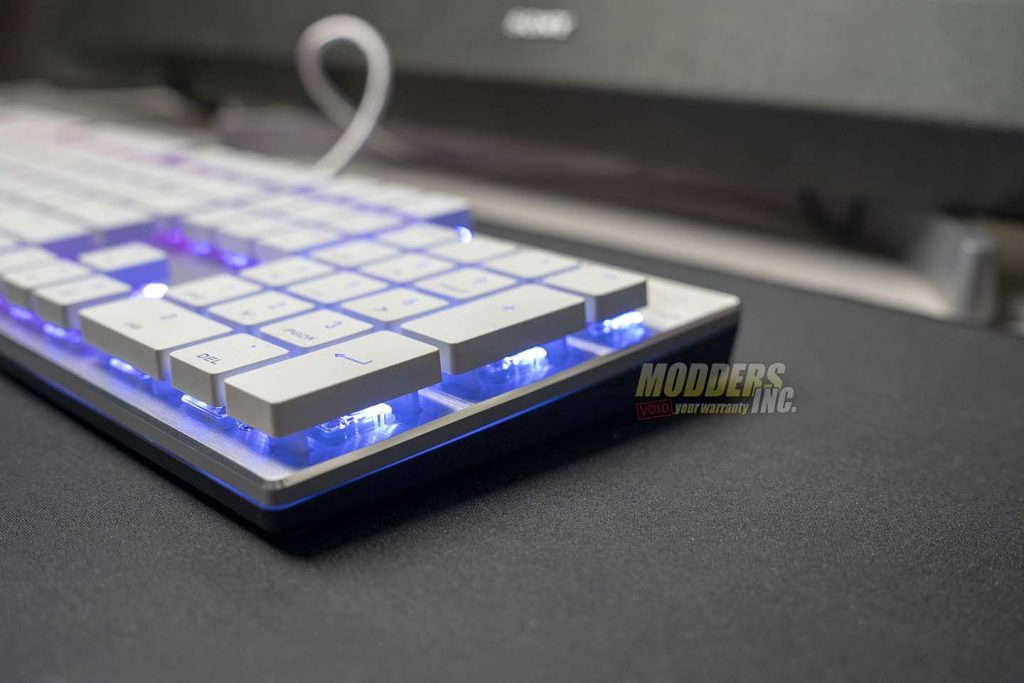 For anyone that’s a fan of Cherry MX Reds, you’re going to enjoy the experience of typing on the SK650. The Cherry MX low profile switches offer a very similar experience to that of the original Cherry MX Red switches favored by gamers around the world. Now, although I very much prefer typing on Cherry MX Blues, I do like gaming with Cherry MX Reds. Even more importantly, I prefer using a keyboard with red switches while on stream as they are far quieter than blues. I will say I was very pleased with my overall experience with the SK650. I played several hours of Skyrim using the SK650. I also used the SK650 to edit near 1800 images in Photoshop. For Photoshop, and other Adobe programs, the keymap feature was invaluable. I essentially had a Photoshop profile save in the Cooler Master Portal software with all my macros and short cuts programmed into the SK650. So I hooked it up as a secondary keyboard while editing pictures with dozens of Macros set.  The SK650 worked great in that manner as well as for typing and gaming. 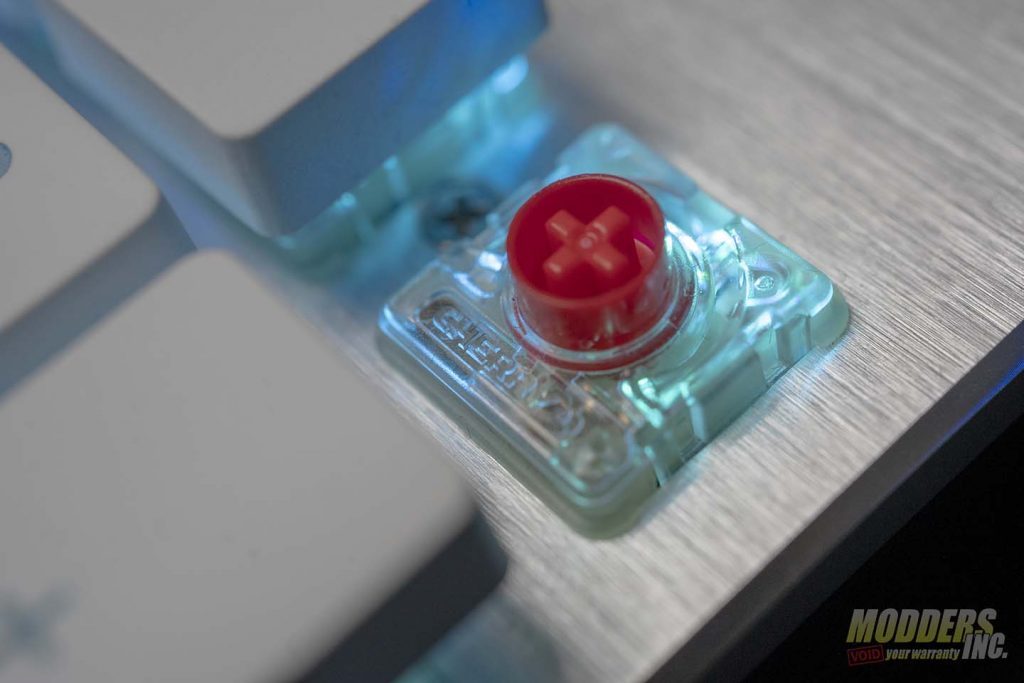 With how much I use my laptop, I’m used to the chicklet style keycaps. Actually, I had expected to not be a fan of the keycaps on the SK650. However, the chicklet style keycaps didn’t affect my typing at all. The red switches felt a bit off to me while typing. However, that’s due to the fact I never type on reds. I had forgotten how much I enjoy gaming with red switches. Personally, I didn’t notice a difference at all between traditional Cherry MX Reds and the low profile variant. I’m sure there are some out there who could tell the difference.