EK® Water Blocks is releasing a whole series of workstation/server-grade water blocks for some of the most powerful Workstation GPUs on the market today based on both NVIDIA® and AMD® graphics chips. 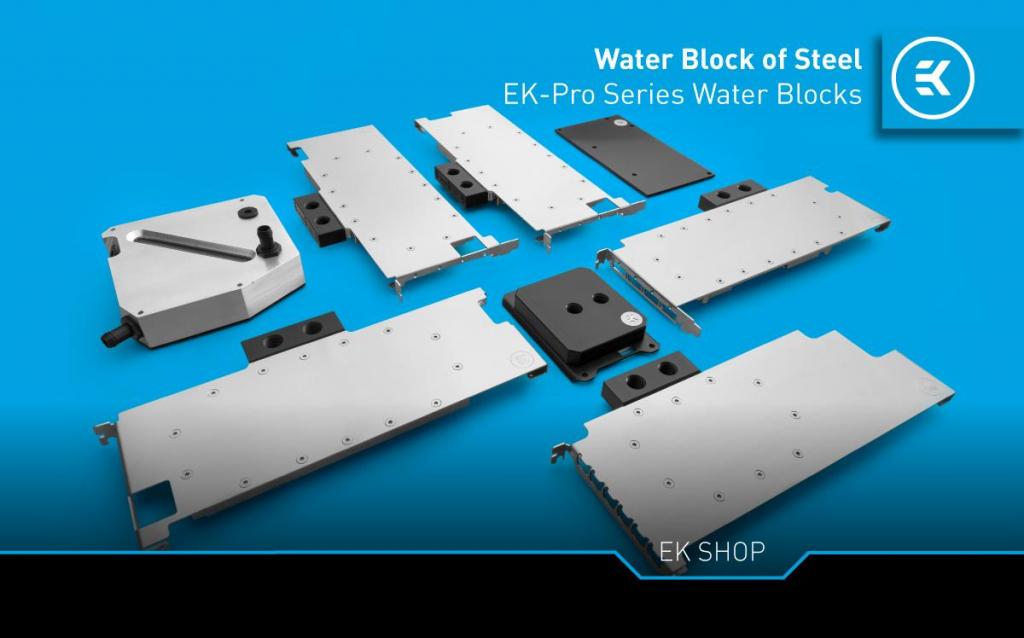 These water blocks directly cool the GPU, VRAM, and the VRM (voltage regulation module) as cooling liquid is channeled directly over these critical areas. They use an Open Split-Flow cooling engine design which proved to be a superior solution for GPU water blocks. It is characterized by low hydraulic flow restriction, which means that it can be used with weaker water pumps, or pumps running on low-speed settings and still achieve top performance. The jet plate and fin structure geometry have been optimized to provide even flow distribution with minimal losses and optimal performances even when used in reversed water flow scenarios.

If you’d like to make a serviceable workstation, where any GPU could be replaced for maintenance or repair within roughly a minute, pairing up EK-Pro GPU water blocks with manifolds and quick disconnect kits allow you to remove any water-cooled GPU or CPU without draining the system.

See more about EKWB Products we have reviewed