The MSI Z97 Gaming 9 bundled software spans two DVD discs containing applications and drivers. The first disc contains. Each driver or utility is sectioned so that it is easier to sort through and find out which ones should be installed. The main disc setup page also shows whether the driver or software has already been installed or not. The Google tab is for installing the Google Chrome web browser while the Security tab installs a trial version of Norton Security Essentials. MSI Command center is the hub for all motherboard tweaking functions for the desktop. While it shares some capabilities with other applications included in the bundle (such as monitoring and overclocking), it is the most feature-packed. Like the UEFI, the Command Center for the Z97 Gaming 9 AC follows the black and yellow color scheme of the OC series. The top right hand corner displays the operating system, BIOS version, CPU installed and motherboard model while also displaying the CPU temperature live in both Celcius and Fahrenheit. Five main functions are separated into tabs which slide in the middle section. The CPU section is separated into two sub-sections: CPU Frequency and CPU Fan. The CPU frequency and the Base Clock can be adjusted directly with the plus and minus sign and the graph displays the result. Users can also choose per core or all core adjustment. Increased CPU speed of course means increased temperatures so CPU fan control is not far with options for Smart mode and Manual mode, similar to the fan control graph in the UEFI. In Smart Mode, users can set a fan curve with temperature vs fan speed percentage. In Manual Mode, users can set the constant RPM speed they want the fans to run at. Voltages can be adjusted in the Advanced sub-menu at the bottom which opens up a child window allowing users to adjust advanced voltage settings. Under the Advanced section is also another fan control option for the system fans with Fan Tune feature. The third option is the DRAM timings with a comprehensive timing adjustment list. Under the Settings sub-section are three options: Record, Warning and Mobile control. Record allows users to monitor in graph form, the history of voltages, temperatures and fan speed so they can keep track of system behaviour. The Warning sub-option, allows users to set alarms for a variety of voltage, fan speed and temperature limits. For obvious reasons, all the options are disabled by default. The Mobile Control page is for use with the MSI Command Center Android App which allows users to access Command Center functions (and even overclock) remotely. Users can set the SSID and password for the remote server in this page. The next tab is a dedicated to the DRAM and IGP where users can set the DRAM and GT voltage as well as adjust IGP frequency. If you are using a discrete card and not using the IGP, this option will be grayed out.

The RAMDisk tab allows users to use their memory as storage. This function is usually available as a retail software (such as the one AMD is selling), but MSI provides it for free when you install MSI Command Center. Users can set the size and format type and even automatically set it as browser cache for IE, Chrome or Firefox or even for Windows temporary files. Since RAM storage resets during a system reset or shutdown, the MSI RAMDisk lets users to backup the image to a physical drive and also provides an option to automatically restore the RAMDisk contents on boot. As you can see in the benchmark that RAMDisk is much faster than any desktop SSD storage available. The last tab in Command Center is the OC Genie tab which is a desktop version of the same feature accessible on the UEFI or through the physical onboard button. Unlike the OC series with two “Gear” options available, only one OC Genie gear can be used but the Gaming series offsets that with the MSI Gaming App. OC Genie sets a moderate overclock of 4GHz, essentially “Gear 1″ setting in the OC Series and the OC Mode setting of the MSI Gaming App. The MSI Gaming App is a single click application that automatically loads presets for different types of usage, adjusting frequency, voltage, and fan speed depending on the usage. The result of the three settings can be seen below: As the name suggests, this tool lets users keep their MSI Z97 Gaming 9 AC up to date in terms of drivers, BIOS and software. Scheduled reminders can also be set periodically. Auto-install did not seem to work in this version of Live Update 6 as it just downloaded the updates but never launched the installer after. The MSI Smart utilities App is a one-stop launching pad for Intel responsiveness features, showing each feature status or installing them if necessary. Intel Rapid Start enables the system to quickly resume from deep sleep, Intel Smart Response manages datablocks and application cache between SSD and HDD, and Intel Smart Connect updates the system at a lower power state. An extremely handy utility, especially for overclockers who need to terminate power to key areas from the desktop. For obvious reasons, CPU power cannot be terminated but all the extra ASMedia USB and SATA ports can be terminated, as well as all the expansion ports, WiFi, M.2 SSD, and fan headers. While I don’t normally include 3rd party trial software in the software overview section, this one is particularly interesting and is an excellent bundle for the MSI Gaming Series. XSplit Gamecaster is a recording and live-streaming application that integrates into the gameplay. Users can share and stream directly to Twitch and YouTube, then share on Twitter, Facebook or Google Plus. Users can draw and annotate live in-game video feed, use green screen, and works with all PC games and current consoles. A 3-month Premium license is available for $24.99 so the 6-month premium license included is worth $50. Users need to register their motherboard in order to claim the Premium license offer. Killer Network manager provides control over your Ethernet connectivity, allowing for application prioritizing and bandwidth management. It works best when connectivity speed is measured and tested before managing the network. MSI Super Charger enables fast charging using the red USB 2.0 header onboard the MSI Z97 Gaming 9. Mobile devices and tablets charge faster because of the increased current (as much as 3X) compared to standard USB 2.0 ports. 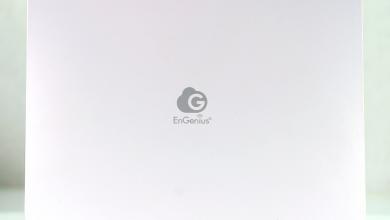