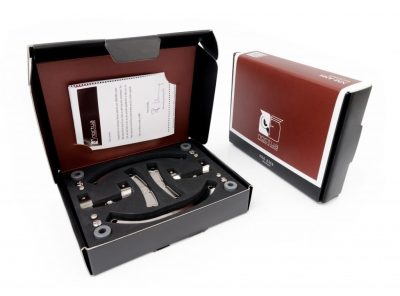 When did you last hear of a company giving away something for free to all customers?  Noctua, one of the leaders in CPU coolers has been doing just that.  For nearly the past year they have been providing installation hardware for the AM4 socket of AMD’s Ryzen CPUs.  On February 20, 2019 they announced that all of their multi-socket coolers now come with this installation hardware free of charge and that all current on the shelf stock should now include that hardware.  Should you buy one of the older stock items, Noctua will still provide you the hardware free of charge if your cooler is eligible.  Check out the entire article below.

Noctua CPU coolers now include AM4 mounting at no extra cost

Noctua announced that all of its current multi-socket desktop CPU coolers, such as the popular NH-D15, NH-U14S and NH-U12S, now also include installation hardware for the AM4 socket of AMD’s Ryzen processors. Although Noctua introduced its dedicated SE-AM4 models in early 2017 and has provided free-of-charge upgrade kits ever since the launch of the AM4 platform, the updates of the existing multi-socket models now allow customers to install them on all current mainstream sockets without ordering extra mounting kits. As suggested retail prices remain unchanged, the updates come at no extra cost to the customers.

“We’ve supported AMD’s Ryzen platform with our SE-AM4 models and free-of-charge mounting upgrades from the very beginning”, says Roland Mossig (Noctua CEO). “As with Intel’s LGA115x and 20xx platforms, our customers have greatly appreciated our free upgrade policy. We’ve provided many thousands of free mounting kits and quite a few customers have migrated 10-year-old heatsinks they had already used on several socket generations. This means a lot to us and we’ll continue to offer the free kits of course. However, with AM4 becoming more and more popular, we think it is time to also include the mountings with our existing models so that customers have everything at hand when they purchase new coolers.”

Noctua has been shipping the updated versions with AM4 support for several months, so the stock that is in stores now already includes AM4 hardware. In the unlikely event that customers who buy new coolers should still receive old stock without AM4 mountings, they can still order free upgrade kits via Noctua’s website.

The manufacturer’s suggested retail prices (MSRPs) for all models remain unchanged despite the update. At the same time, Noctua will continue its free upgrade policy of offering AM4 upgrade kits to customers who have purchased eligible cooler models without AM4 support prior to this announcement.

Links
Detailed compatibility information
How can I check if my Noctua CPU cooler already includes AM4 mounting parts?