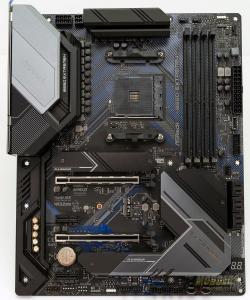 The B550 Chipset from AMD is the mainstream chipset whereas the X570 is the high-end or enthusiast chipset. ASRock like many other manufactures has released a slew of B550 motherboards in all sizes and price ranges and as I am wrapping up my B550 reviews, they sent over the ASRock B550 Extreme4. The ASRock B550 Extreme4 is a full-size ATX motherboard featuring some of the latest innovations from ASRock. Interestingly, the B550 color scheme is not the standard black or green PCB and added a bit of color to it that flows well with the color of the heatsinks and other accessories on the board. Aside from the B550 chipset, the motherboard includes a 2.5 gigabit network adapter, USB 3 Gen2 ports, 14 phase power delivery with 50A Dr.MOS as well as supporting up to 4733+ MHz memory speeds and continues with their PolyChrome RGB. On paper, the ASRock B550 Extreme4 sounds pretty good so, let’s get into it and see if it is really as good as it claims to be.

ASRock’s packaging has always been colorful and artistic. This helps the manufacture’s products stand out from one another when placed on a shelf at the brick and mortar stores. On the front side of the box, there is blue and pink line ard with the product name in large letters. Moving to the back of the box, ASRock lists out the specifications for the B550 Extreme4. Also included on the back is a clear graphic for which M.2 slot supports PCIe 4.0 and which is PCIe 3.0. There is another graphic showing the included connection type on the motherboards I/O panel and finally, ASRock goes into some of the details on the included features of the motherboard.

Once you’ve opened the box, you’ll be presented with a dual-chamber interior. The upper chamber contains the documentation for the motherboard. In this case, a quick installation guide and software set up guide are included. 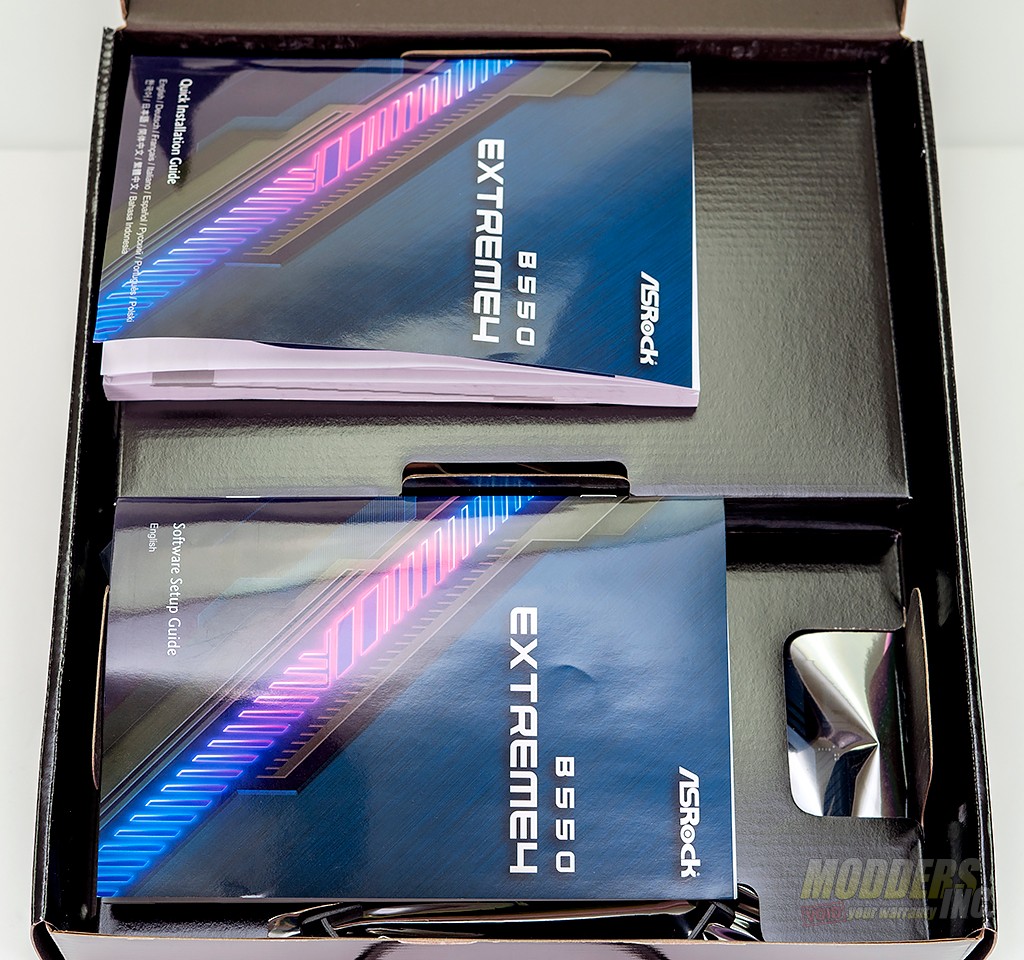 The lower chamber contains the motherboard which is wrapped in an antistatic bag with the installation accessories housed below it.

ASRock Zip-tied the motherboard to the foam insert at all four corner holes. Not that it matters all that much, but I thought it was strange enough that it’s worth mentioning.