Whether you enjoy playing the latest games or creating the most eye-popping demos, game mods or machinima movies, NVISION 2008 is the destination to enjoy, share, learn and see the best in the world at their best.

Currently Modders-Inc is working with Computer Power User (CPU) Magazine and NVIDIA to help bring the Modding Contest to life. This will not be your ordinary case modding competition, it will be the premier modding event of the year to attend! Competing and winning this event will be like wining a Oscar, the lottery, a date with a super model or anything great that you could think of happen to you!

To enter, simply register for the GeForce LAN at NVISION 08 and bring your modded rig with you to the event. You can enter into the Ultimate Case Mod Challenge either online when you register for the GeForce LAN or in person when you check in to NVISION 08 on Monday, August 25th. If you are entering the contest on-site, you will have to complete check in by 5 P.M. on Monday, August 25th.

Modders Workshop
Tired of your vanilla-looking PC? Want to express a little “personality” beyond just slapping a sticker on the side of that grey box? Join the guys from Modders-Inc as they teach you how to customize your PC—everything from easy-to-install LED lights and custom cabling to advanced techniques for creating your very own custom case.

NVISION is the first-ever, visual computing mega-event. It is big and far-reaching enough to gather together top visual computing professionals, world-class gamers, innovative artists and designers, and cutting-edge researchers to share their ideas, experiences, and passions.

The universe of visual computing in one place, at one time.

Electronic Sports World Cup™ (ESWC) Grand Final: NVISION 08 marks the first time in history that the ESWC Grand Final will take place in the U.S. The competitors will vie for six World Champion titles and over $250,000 in prize money. Visitors will be able follow the non-stop action on giant screens, with live commentary from professional broadcasters. Games in the tournament include Counter Strike 1.6, Defense of the Ancient, Warcraft III The Frozen Throne, Trackmania Nations, and Quake III Arena.

Kyle Busch, will speak at NVISION® 08, the three-day visual computing mega-event. One of NASCAR’s youngest and most talented racers, Busch has established himself as the driver to beat in 2008, leading the season in NASCAR point standings and driver rating, and winning seven races so far.

MythBusters television personalities Jamie Hyneman and Adam Savage will appear in a unique presentation at the NVISION® 08 conference. With over 30 years of special effects experience in television and film entertainment between the two of them, Jamie and Adam have been involved in numerous television and film projects, and are best known for their work in the hit television series, MythBusters.

“Fly Me to the Moon,” a brand-new digital 3D animated feature that will open in August in the U.S. In addition, NVIDIA is delighted to welcome the second man to walk on the moon, former Apollo 11 astronaut Buzz Aldrin, in a special guest appearance, addressing the NVISION audience at the beginning of the film screening.

World Record: LAN Party gaming will reach a new level during a Guinness World Record-setting attempt at NVISION® 08 on August 25 in San Jose, California. The aim of the event is to make history as the world’s “Longest Non-Stop LAN Party.”

“This will be one of the most exciting gaming record attempts of the year. I’ve been really impressed with the enthusiasm of the NVISION team and I look forward to being the official adjudicator for this great event,” commented Gaz Deaves, records manager, Guinness World Records.

Tricia Helfer, the actress widely known for her portrayal of “Number Six” on Battlestar Galactica, the Emmy award-winning television drama series, will speak and appear at NVISION® 08. Ms. Helfer, who plays the part of a beautiful but ruthless humanoid Cylon, will discuss her experience on the hit TV show, which makes extensive use of computer graphics technology to create stunning special effects. 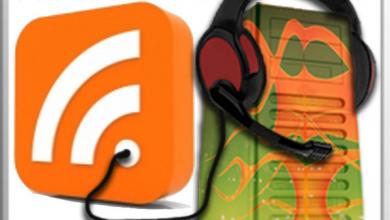 Modders-Inc Podcast #4 The ModShop and NVISION 08