Before keyboards, mice and other accessories, Patriot was a flash memory based company. It originally started with RAM and then started to release USB flash drives and eventually started producing SSDs and gaming peripherals. Patriot’s Viper product line is considered their top of the line products and meant for those discerning consumers that demand the best.  The Viper VPN100 PCIe M.2 SSD is Patriots next entry into the M.2 PCIe drive market. The VPN100 comes in capacities from 256GB all the way to 2 TB and is covered by a 3-year warranty.  This drive features a massive heatsink and the drive boasts a 3450 MB/s read speed and 3000 MB/s write speed. The VPN100 uses the latest Phison E12 controller that is PCIe Gen 3 x 4 capable and supports the latest NVMe 1.3 specification.

Patriot’s packaging for the Viper VPN100 is eye-catching. On the front of the box, there is a large graphic of the drive. The actual drive capacity is noted by a sticker also located on the front. The back of the box contains the specifications of the drive in multiple languages.

There’s also a front flap that can be opened. Inside the flap, Patriot gives you some information on why the company thinks this drive is the one for you as well as goes into a little more detail on the cooling features of the drive. On the opposite side, you can get a peek at the actual drive housed in a plastic shell. 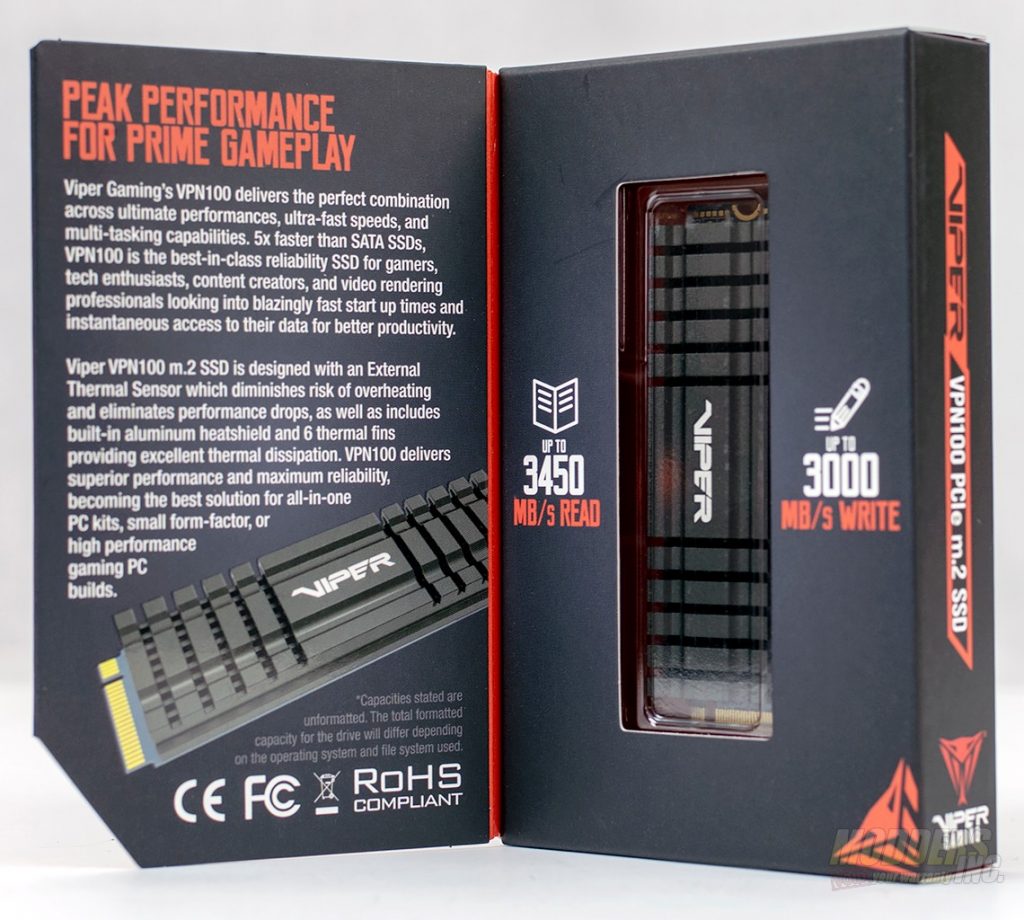 Upon opening the box, you’ll be presented with a plastic shell with the Viper VPN100 drive encased within. 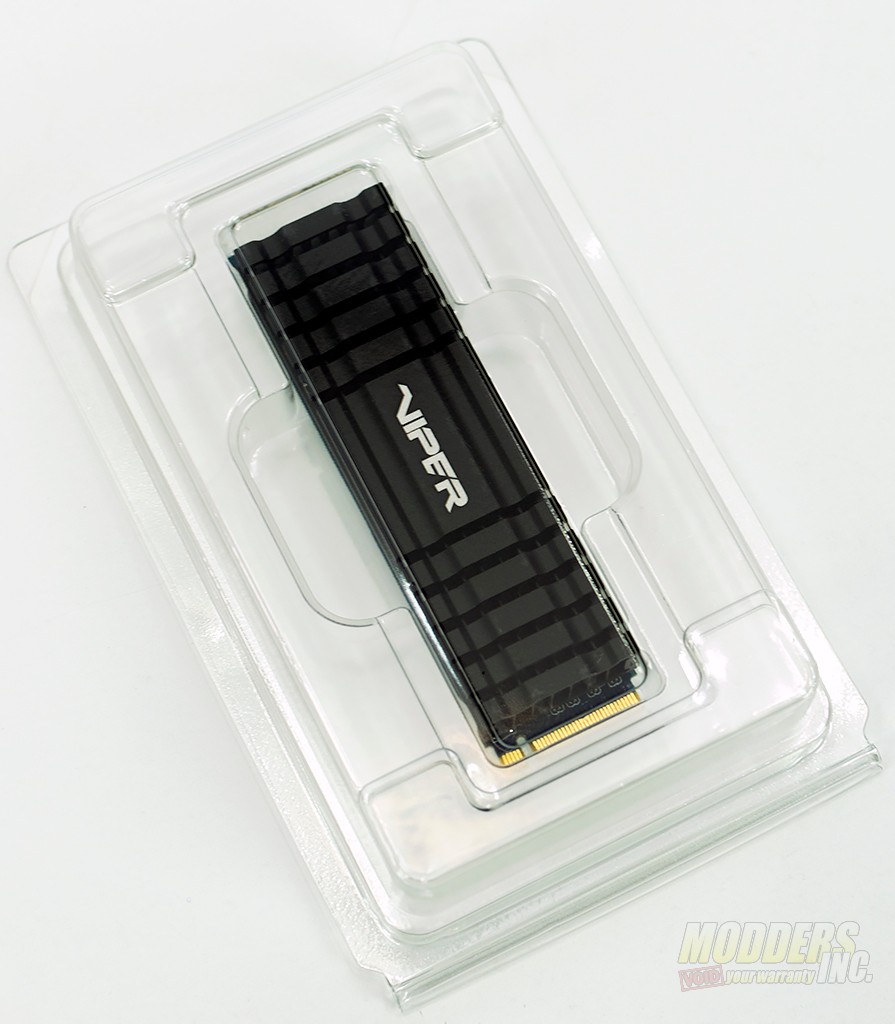