First, let’s get some additional testing out of the way. For this drive specifically, I really wondered if the heatsink was necessary. The drive is fast and from the results so far, meets the specifications listed. I reinstalled the drive in an open slot below the GPU with no heatsink installed, including the SSD covers that come with the Aorus Z390 Pro motherboard and I ran through some tests once more. The results were similar to the results that were obtained with the heatsink installed. During this test, I also pulled up AIDA 64 to monitor temperatures as the controller has a max operating temperature of 70°C. During the non-heatsink tests, I saw a max temperature of 50°C and 53°C during an extended write test using HDDTune. With the heatsink installed, I observed temperatures of 45°C during our standard test suite and an absolute max of 47°C in the extended write testing. Take into consideration these tests were performed on an open test bench and not in a standard PC case or a laptop. Even then, I would think it would be safe to say the SSD would keep temperatures down below the throttling threshold. 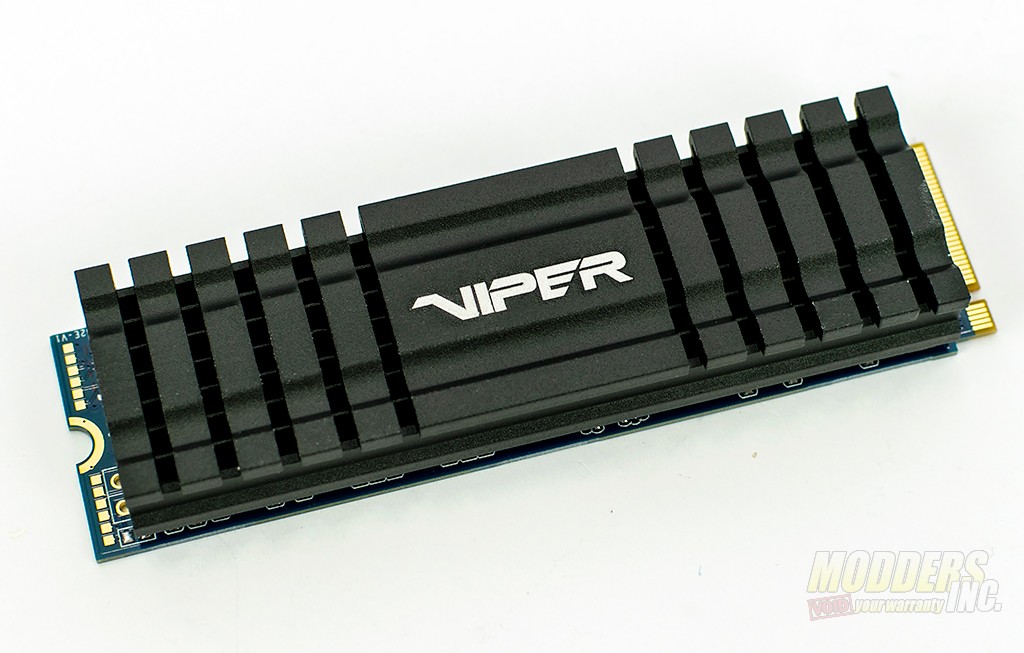 The Patriot Viper VPN100 is armed with the latest controller from Phison and the latest 3D NAND from Toshiba. The pairing results in great speeds for the drive. In my testing, I was able to easily eclipse 2 GB/s write speeds and 3 GB/s read speeds.    I do feel the packaging on the Viper VPN100 is slightly misleading. The box does say up to 3000 MB/s write however, that’s only on the 1 and 2 TB models and yet those specifications persist on the smaller capacity drives as well. You’ll have to dig into the product documentation for the actual specifications. Shame on me, as I did make the fatal mistake of believing the box vs reading the product documentation when I first started testing the drive.

The Viper VPN is a fast and stable drive. I continue to try to heat it up and get it to throttle but as of yet, I have been unable to do so with the heatsink off. So, if you feel like pulling that massive hunk of aluminum off, you can slide this drive into your laptop. As of this writing, the Viper VPN512 GB model can be had for  $83 on Amazon with the 1TB slightly more at $145. Combine the pricing with the speeds and you’ve got a drive that is hard to beat.