Sometimes you don’t ask why someone wants a certain case mod, you just take what they ask for and do your best. This kind of happened with a request from EVGA when they wanted a SpongeBob case mod made for someone (see image below for who it is). At first, I was like… Uh, OK. But after thinking about it I got pretty excited as I do not remember seeing any PC case mods of SpongeBob.  As I sat and looked at tons of images on the internet, it became apparent that this might be a challenge as the PC and SpongeBob were basically the same shapes. Now you might say that was good luck, and it was, but how do you create something that people won’t say “All you had to do was paint it yellow”… yes, you know who you are. This meant I needed to go to the next level or above and create something that just didn’t look like it a weekend project.

A few things that you do have to take into account when doing a project like this is:

Tackling number #1 only took a few minutes to figure out what I wanted to use and it would be able to serve two proposes. I decided to use EVA foam, which is the stuff that cos-players use to make their costumes. I thought if they can run around all day in them and won’t break or chip the paint then this would be perfect for travel and moving it around. Secondly is that it would help give a “foam” look to the project and I would be able to cut out the “holes”. You can get EVA foam from Amazon.

Number two/three was not to bad either and after a bit, I decided to use small magnets to hold stuff into place. SpongeBob has a nose that sticks out quite a bit and there is no way that would travel well. So small magnets and pieces of tin would do the job. I also used this same technique for the arms and legs. This will allow whoever gets the case the choice of having the arms and legs on the PC or not.

#4 may not sound too hard but you have to remember that at some point in time parts will need to be replaced or upgraded. This is where you can make it hard on the person getting the case mod as sometimes they are not as tech-savvy as we are. You have to make a few easier for those that might have work on it.

Want to see how I made the SpongeBob PC Case Mod? All you have to do is watch the video below. If not you can see a few images of it the case mod below the video. 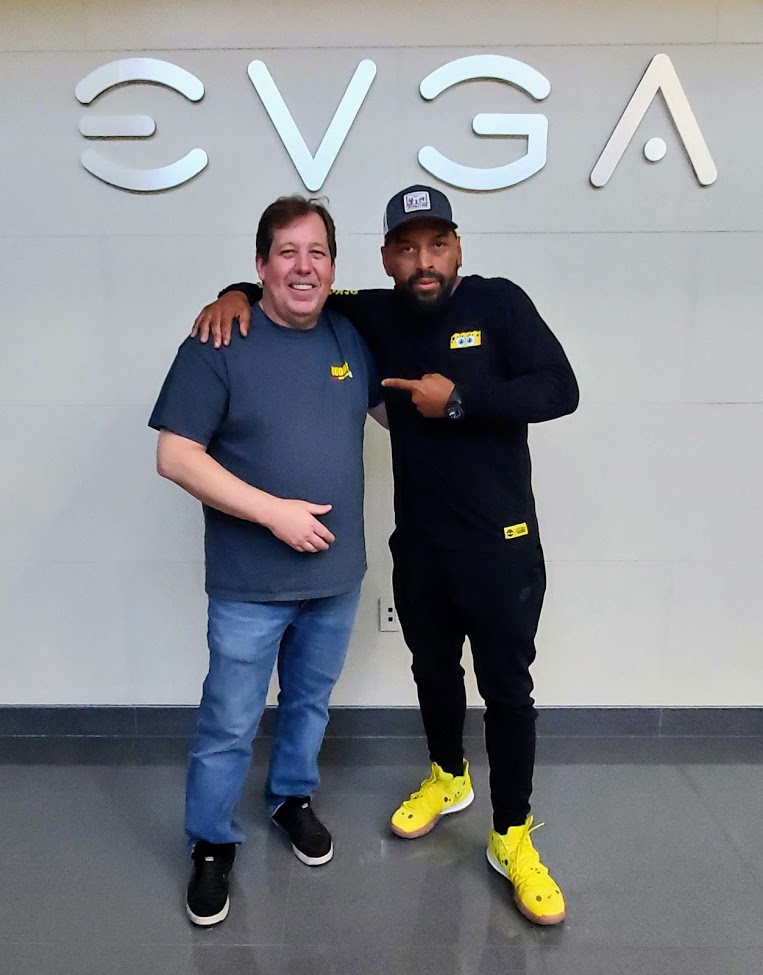 Hanging out with Arabian Prince of N.W.A. who is a huge SpongeBob fan and who I made the SpongeBob PC for!