A campaign to create a two-way transforming or “deformable” (according to its creators) mouse has been launched in Kickstarter last month and has already gained substantial funding at 4x its initial goal, currently sitting at $43,973 from its initial $10,000 goal. Called the “Tmouse”, the project is the brainchild of founder Jaden Smith (not THAT Jaden Smith) and Johnson Carrey with product engineer Sam Lu and adviser Tom Statham. Their goal is to create a much more accurate input mouse by way of placing the two front buttons closer to the center to force more of a natural claw grip. This design, the team claims, results in better accuracy during faster movements. The index and middle fingers are also placed in a position similar to how a gun trigger is squeezed instead of in a tapping position. The “deformable” aspect of the mouse design has to do with the Tmouse’s ability to transform into a regular mouse as well with a simple sliding motion. The palm rest area houses the index and middle finger extensions normally and stores away as easily if the default configuration is used. See the animation below:

With the campaign fully funded 4x over, the group has added further stretch goals including a UV curing paint option once the $60,000 mark is reached. Right now, the triple white, rose gold, silver and gold options have been unlocked. The minimum contribution to get a Tmouse is set at $59 with free shipping in the US. 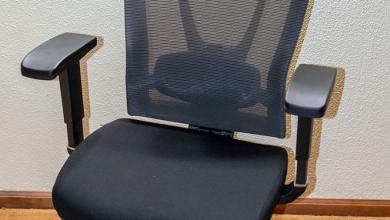 April 26, 2019
Get Your Shirt NOW before they are all Gone!
Case Mod Gallery