A Closer Look at the ADATA SE800 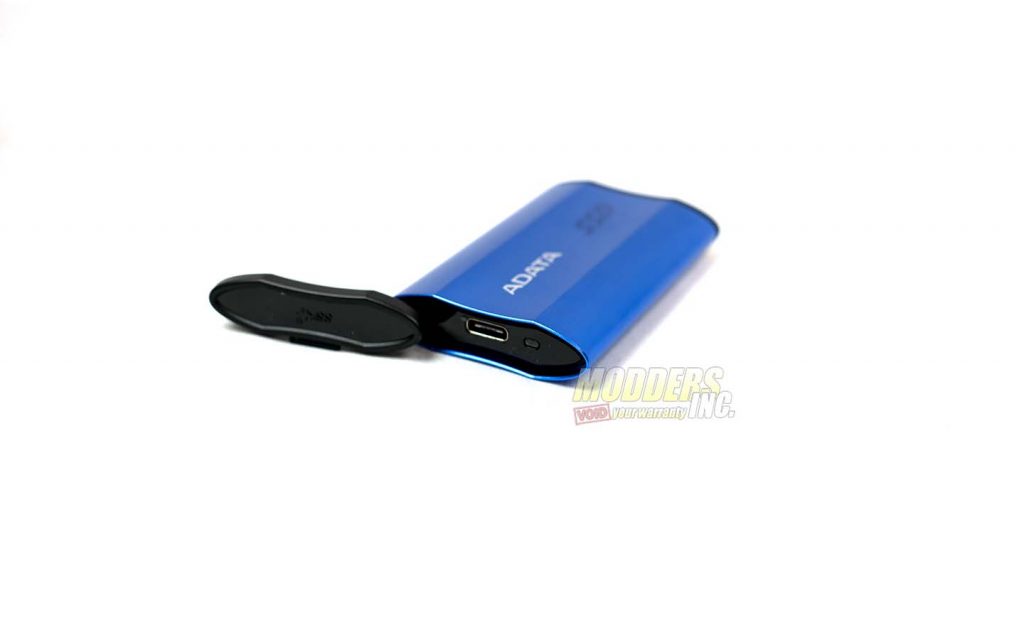 The ADATA SE800 has an IP68 rating. This means the SE800 is dust-proof and resistant to sand and dirt. The IP68 rating also says the ADATA SE800 is resistant to submersion underwater for up to 30 minutes, at a depth of up to 1.5 meters. Given is is as long as the cover on the left is tightly sealed. There is another cap on the tight that can be removed, but was rather difficult to remove. The SE800 also meets the MILSTD-810G 516.6 impact resistance standard so it can survive accidental drops and even being stepped on by a certain reviewer, with no issues.

Taking apart an SSD is a standard part of any SSD review we do. However, the SE800 was a bit more tricky than the average drive to disassemble. There were no screws involved, just bruit force. None the less, it did come apart. The end cap that isn’t meant to be removed has a thick rubber grommet around it, helping give the SE800 it’s IP68 rating. The actual PCB snaps into a small black tray that slides into the brushed aluminum housing.

I had expected to see a regular M-Key M.2 drive, just a Type 2242 drive, as opposed to the Type-2280 we are all so used to. I assumed the PCB would just be an M.2 to Type-C adapter. However, I was wrong. The drive uses ADATA memory modules, There are two on the drive we received for this review. However, you can see spots for two more on the opposite side of the PCB. The actual NAND used on the SE800 is Micron 3D TLC. TCL stands for triple-level cell NAND. TCL NAND stores three bits of data per cell. 3D NAND allows for higher density storage at lower costs by stacking memory cells vertically on a chip. 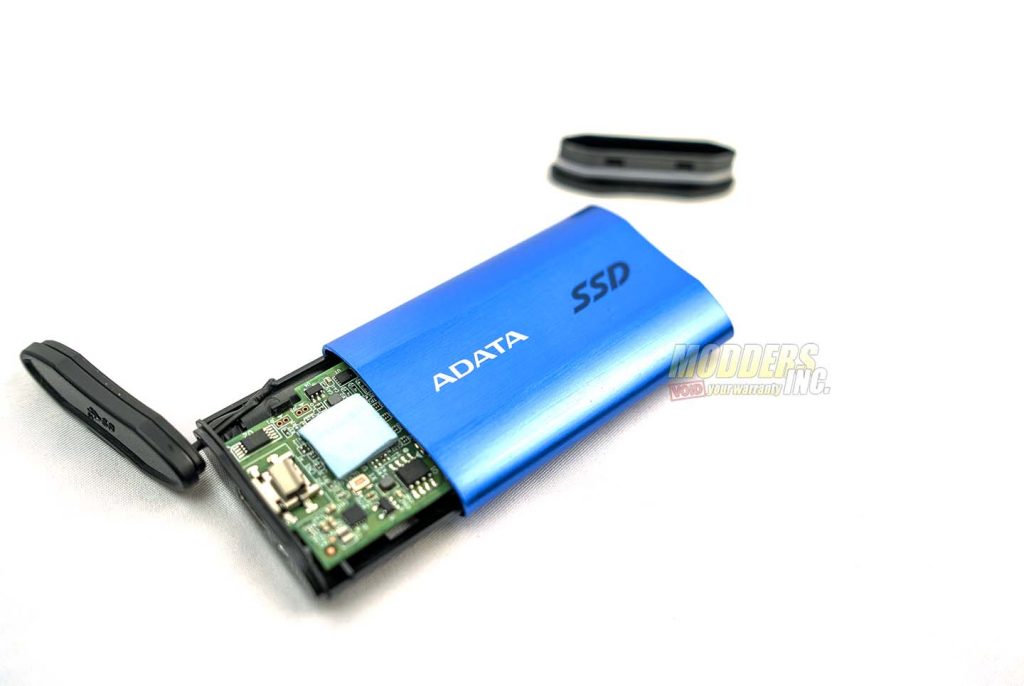