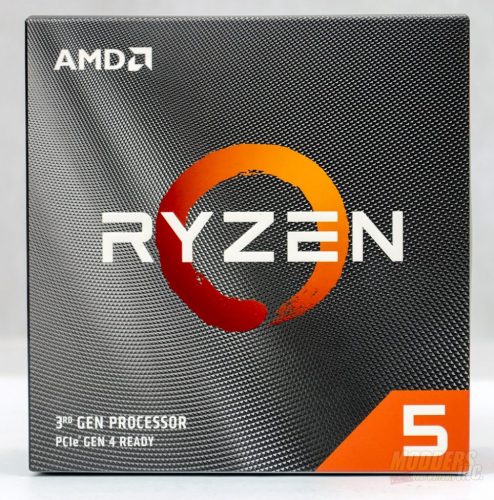 The AMD R5 3600 is part of the newly-released Ryzen 3000 series.  The new CPUs are built on a 7nm process. The Ryzen 3600 retains the “chiplet” design just like the Ryzen 5 3600X. The CPU cores and I/O are separate chiplets. While the CPU core chiplet is built on the 7 nm process,  I/O for the CPU is manufactured on the 14nm process.

High end builds are great; the high-performance CPUs and GPUs continue to push the boundaries. The performance is at the top of the charts however, most consumers don’t want or can’t afford to drop a ton of cash on their PC. Most settle in for a mid-range product on both the CPU and GPU sides.  AMD has a wide range of CPUs that feature 12 (or more) cores on the desktop down to simple 4 core CPUs. The focus of this review is the AMD Ryzen 3600. Recently I reviewed the Ryzen 5 3600X. It is a great CPU and performed well. So what’s the difference between the two? Well, in a nutshell, 200 MHz and about $50.00. How does that rate in performance? Before I went into the review, I knew the benchmarks would be close. In reality, 200 MHz isn’t much of a difference and the performance differences should not be all that much, right?  However, I am more of a “show me” person so, I need to test things for myself.  Based on the benchmarks and cost, does it change my opinion of the Ryzen 5 3600X?

The Ryzen 5 3600 comes packaged in the standard Ryzen packaging. The Ryzen logo is embossed on the front center of the box. In the lower right corner, you can see the number 5, this indicates this is a Ryzen 5 part and on the lower left, you’ll see the 3rd Gen processor. 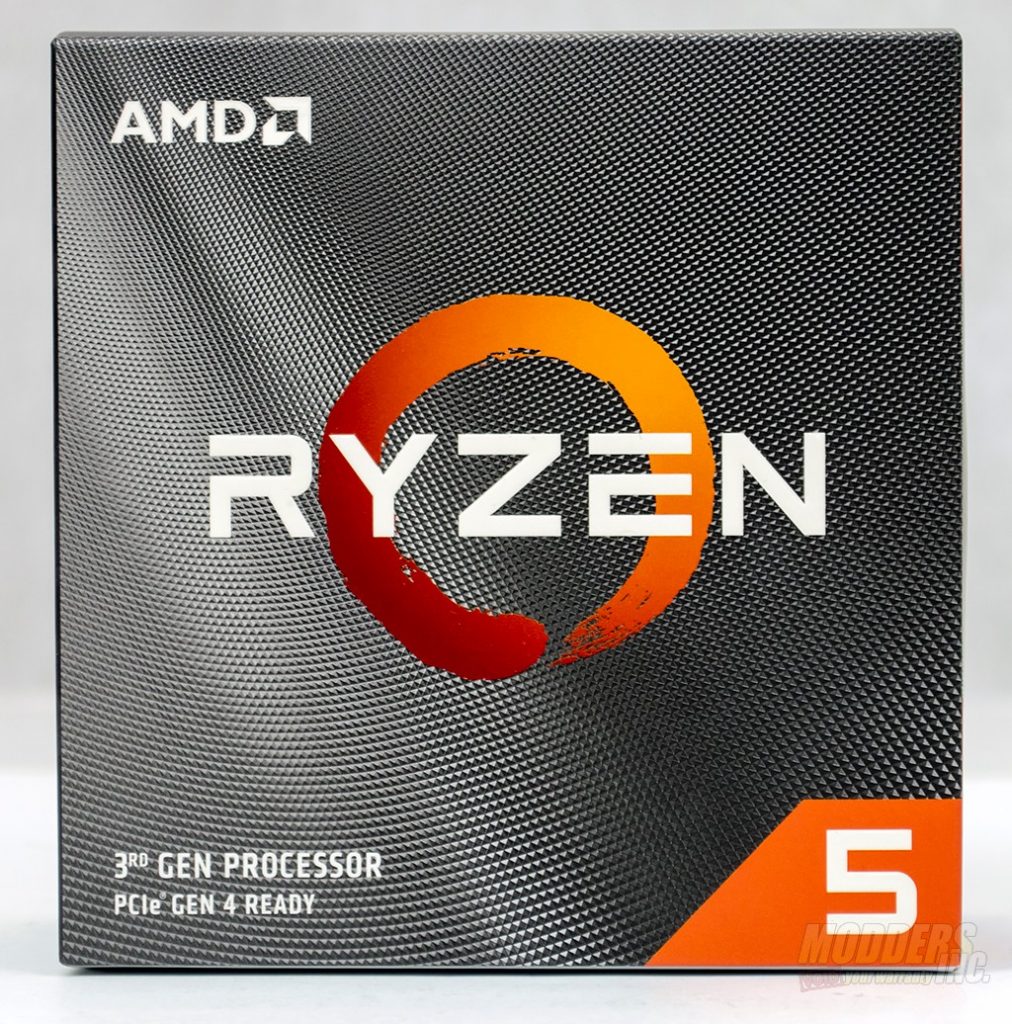 On the top of the box, you’ll find the anti-tamper sticker. The name and model of the CPU are printed here. As you can see, this is the AMD Ryzen 5 3600 CPU. On the side of the box, there is a cut out where you can see the actual CPU. The Ryzen 5 3600 is housed in a plastic blister pack on the inside.

Inside, you’ll find a black box that contains the CPU cooler, the blister pack that houses the CPU and, a certificate of authenticity. 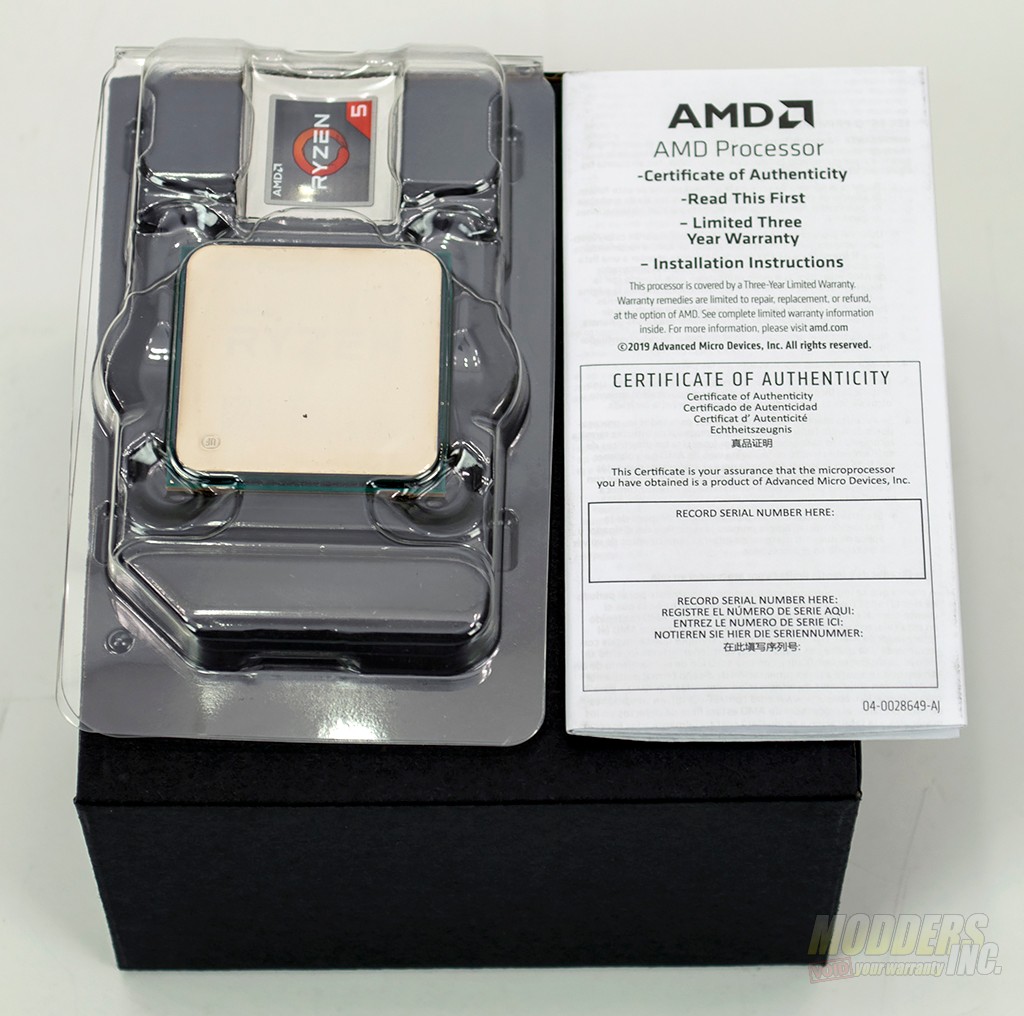 Speaking of the cooler, this is the Wraith Stealth. The cooler is the smallest so far from any of the AMD CPUs I’ve tested. The CPU cooler is pretty bare-bones and does not feature any RGB. Take note, it also needs to be screwed into the backplate vs. clamping to the CPU retention brackets. 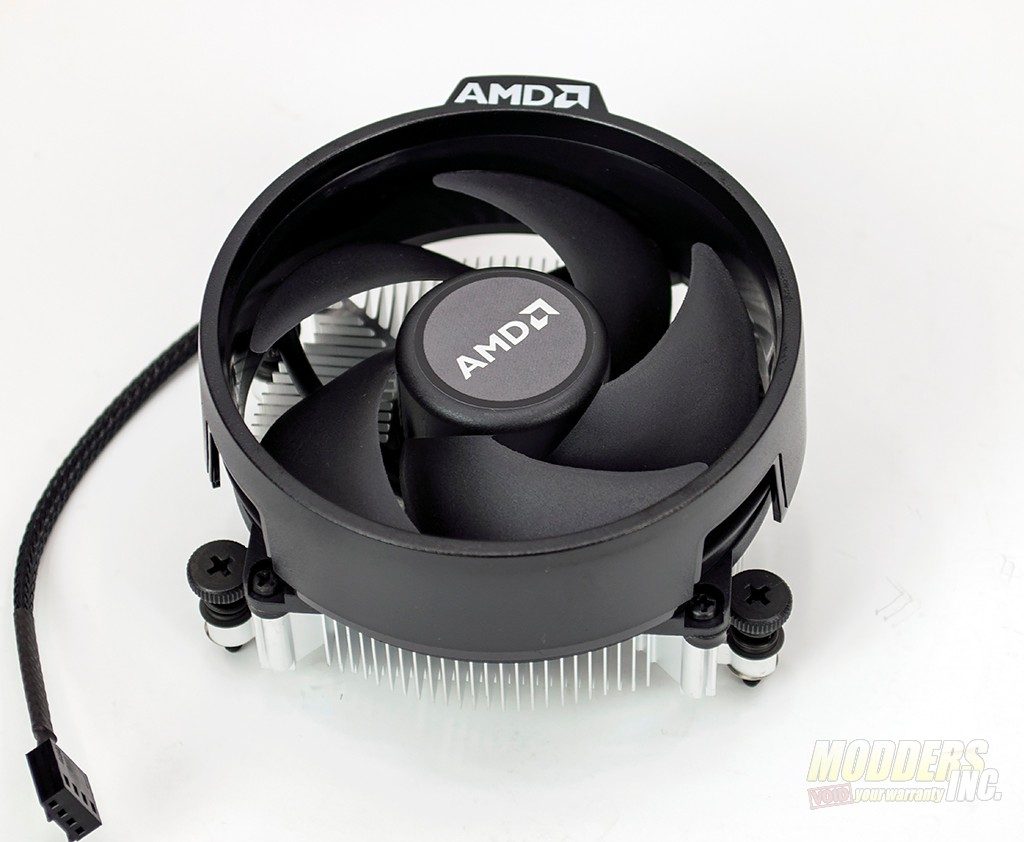 The bottom of the cooler features pre-applied thermal paste. The heatsink is made from aluminum. 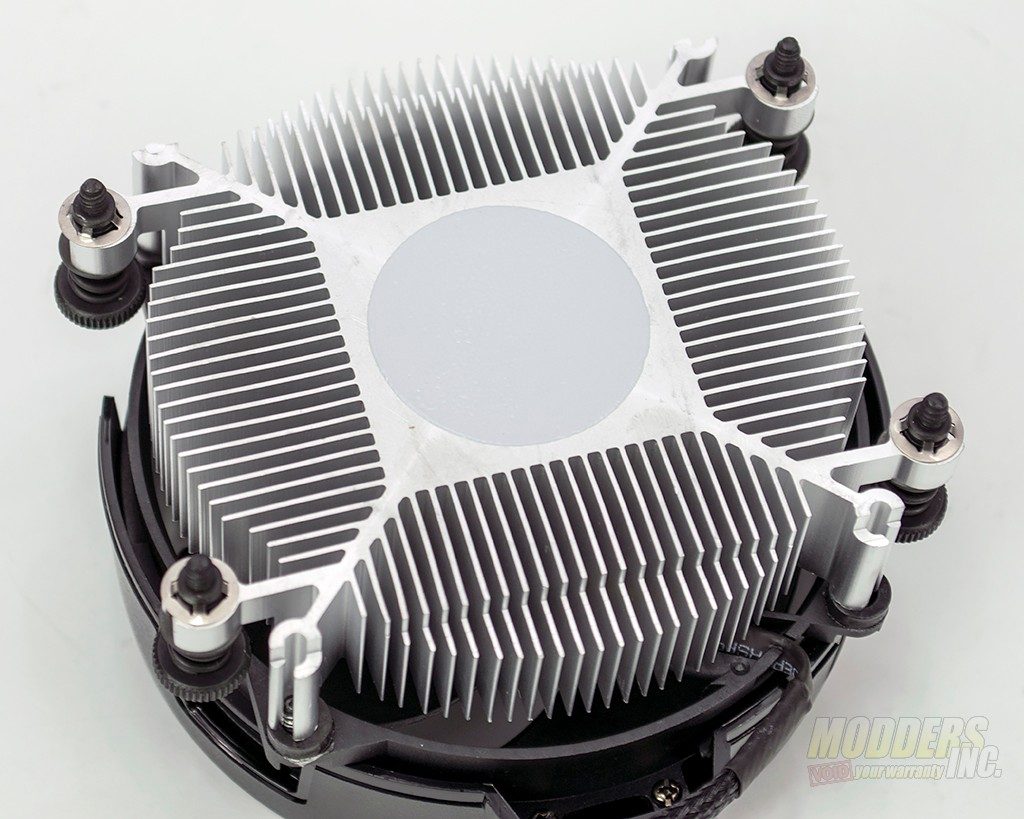 You can see in the profile shot how tall the aluminum heatsink is compared to the height of the fan. During my testing, the cooler is barely adequate for cooling but really nothing to write home about. During testing, I do not use the stock CPU coolers on any CPU. 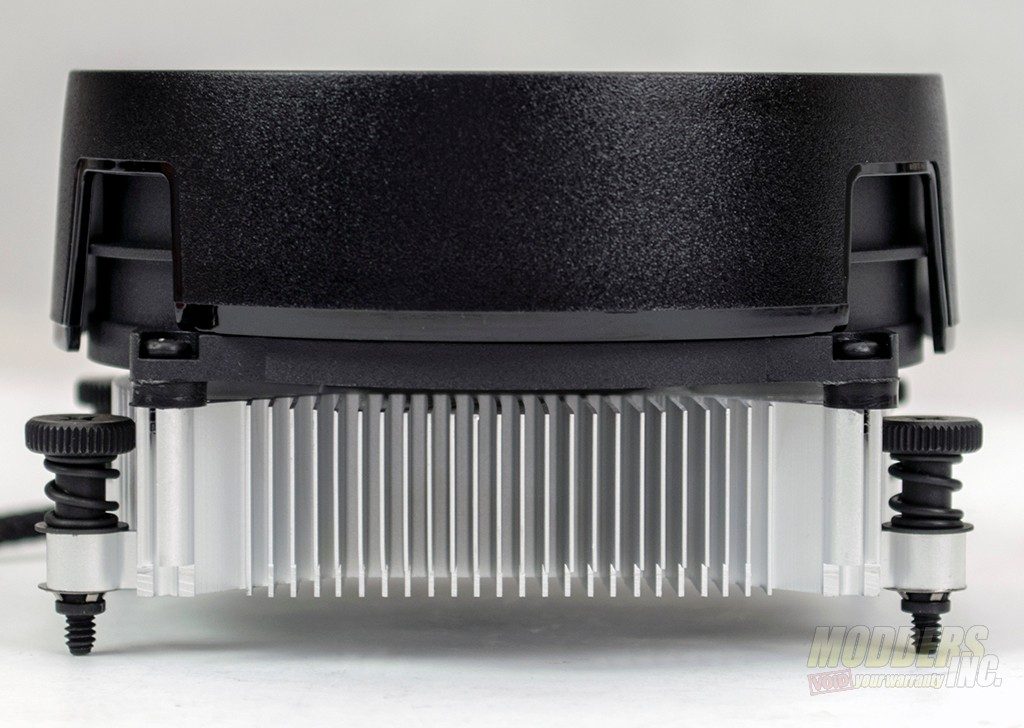 The CPU has an integrated heat spreader with the pertinent information etched into it. If you’re used to Intel CPUs where the pins are in the socket, the AMD CPU is exactly the opposite. The pins are on the CPU and can easily be bent. 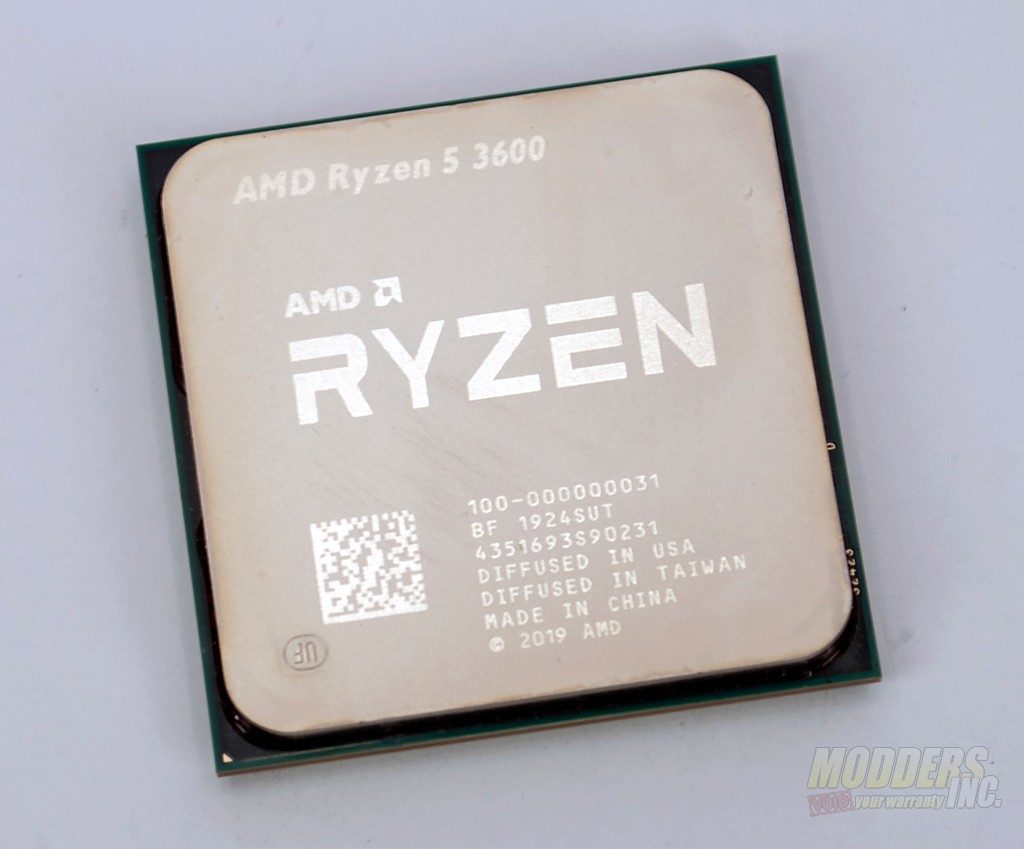