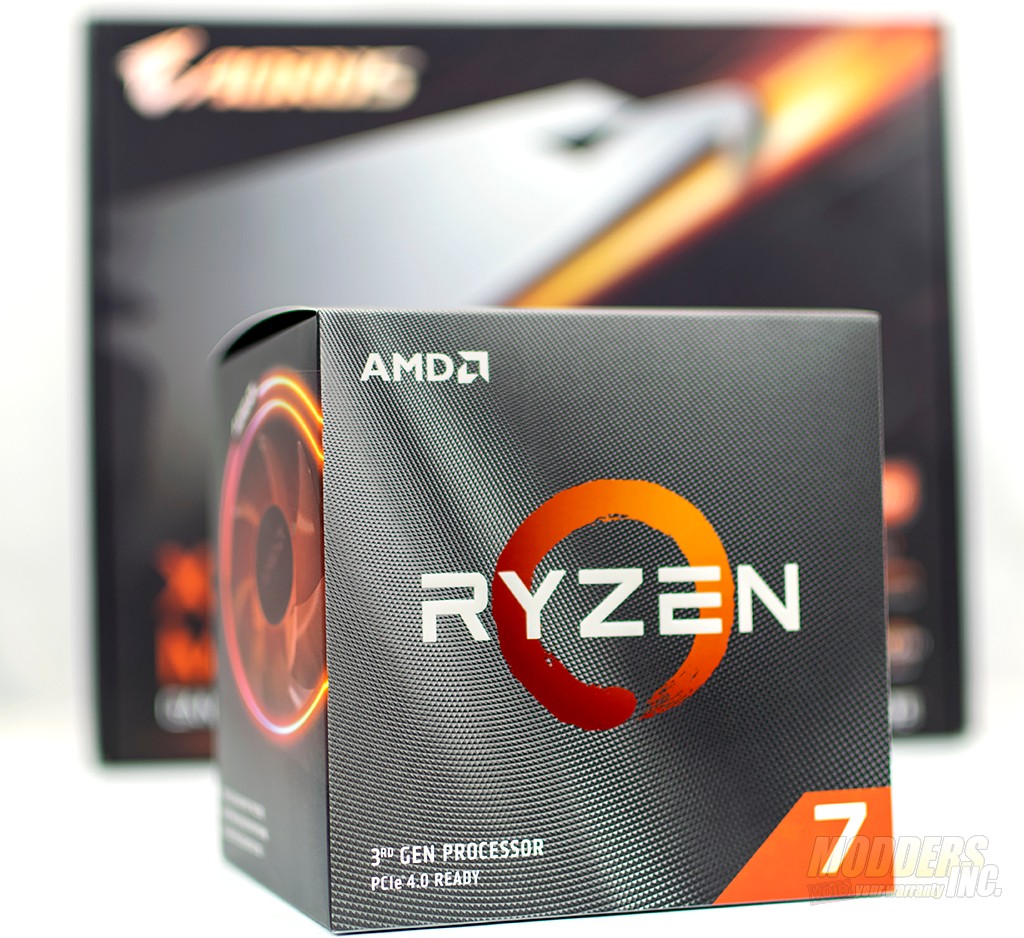 The AMD Ryzen 7 3700x comes in with familiar packaging.  On the front of the box, you can clearly see this CPU is the Ryzen 7 line and is 3rd GEN with the indication at the lower-left corner of the box. The CPU’s IHS is visible through the cut out on the right side of the box and a graphic of the included cooler is on the left. 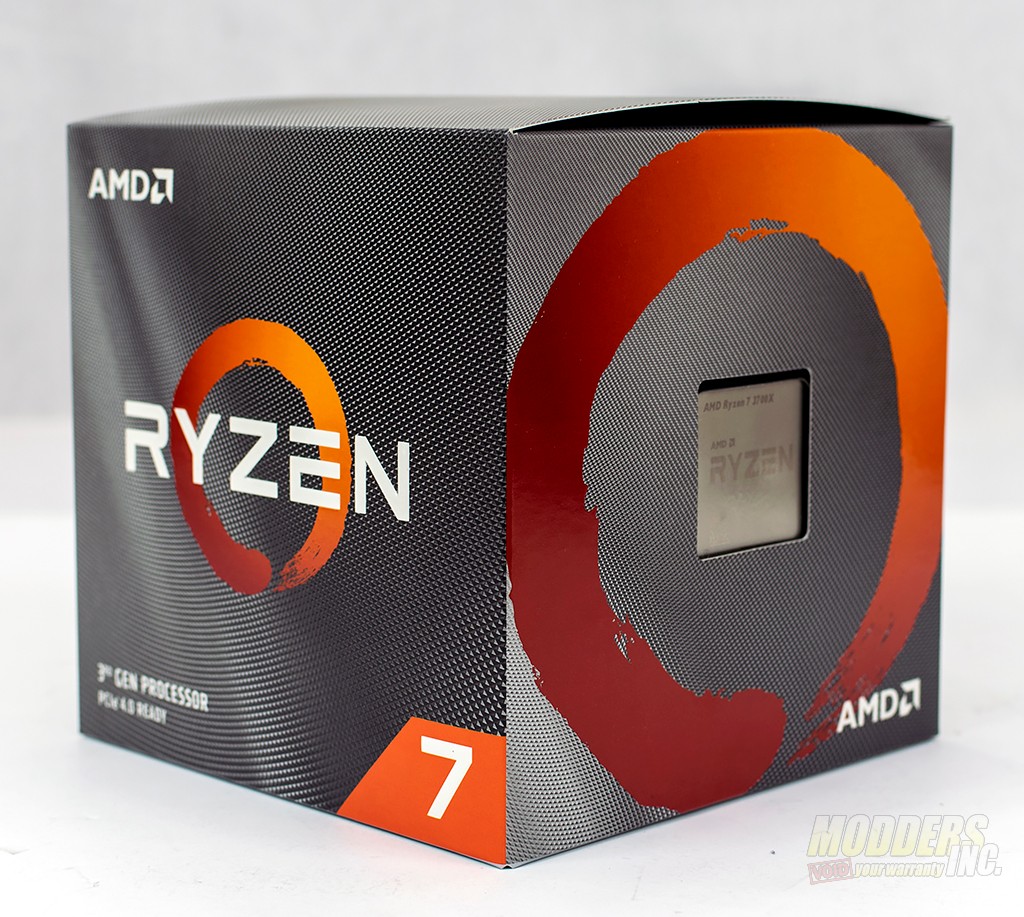 The CPU is housed in a plastic blister pack which is enclosed within a small cardboard container. AMD also includes a Ryzen 7 sticker. 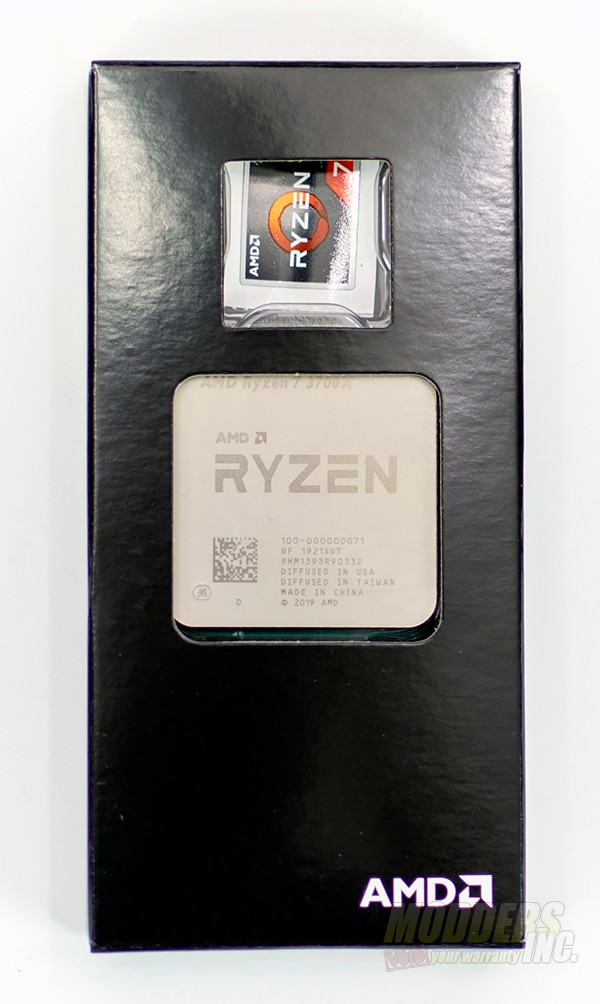 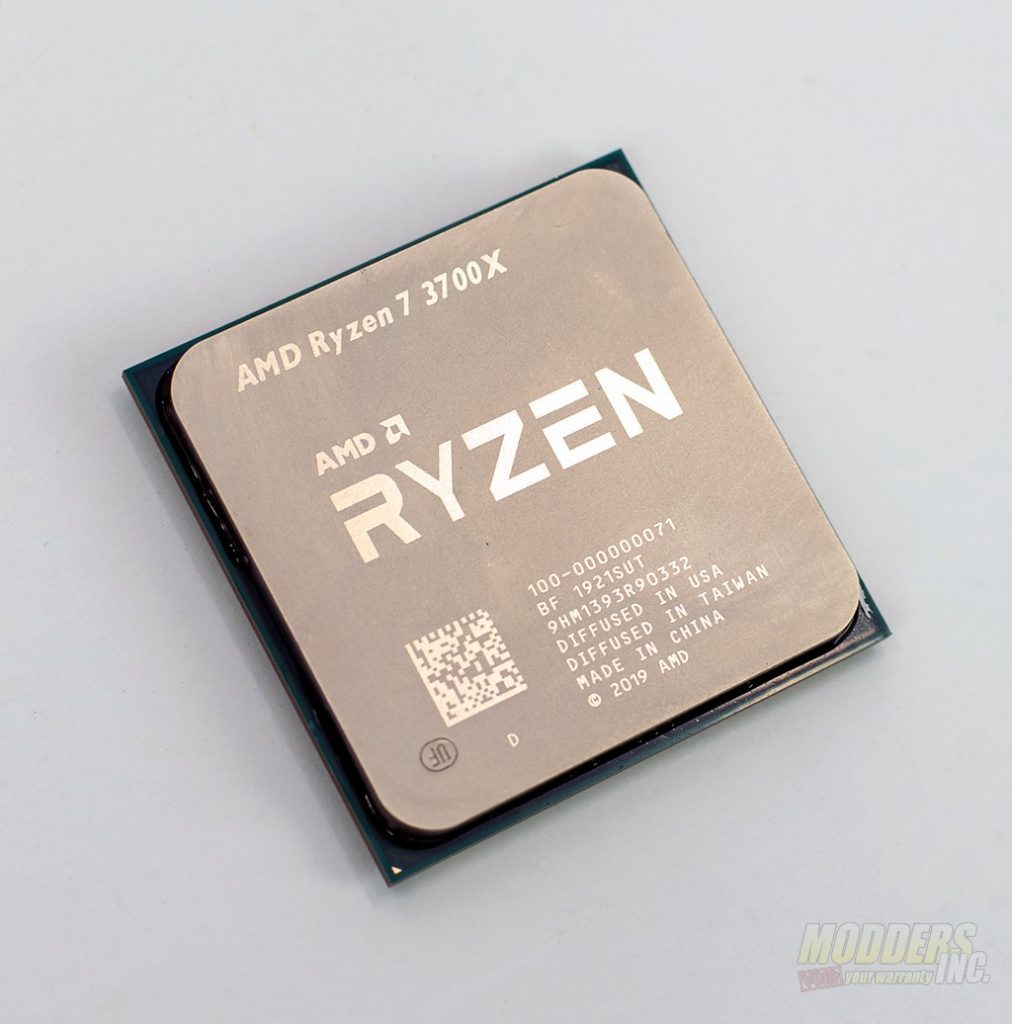 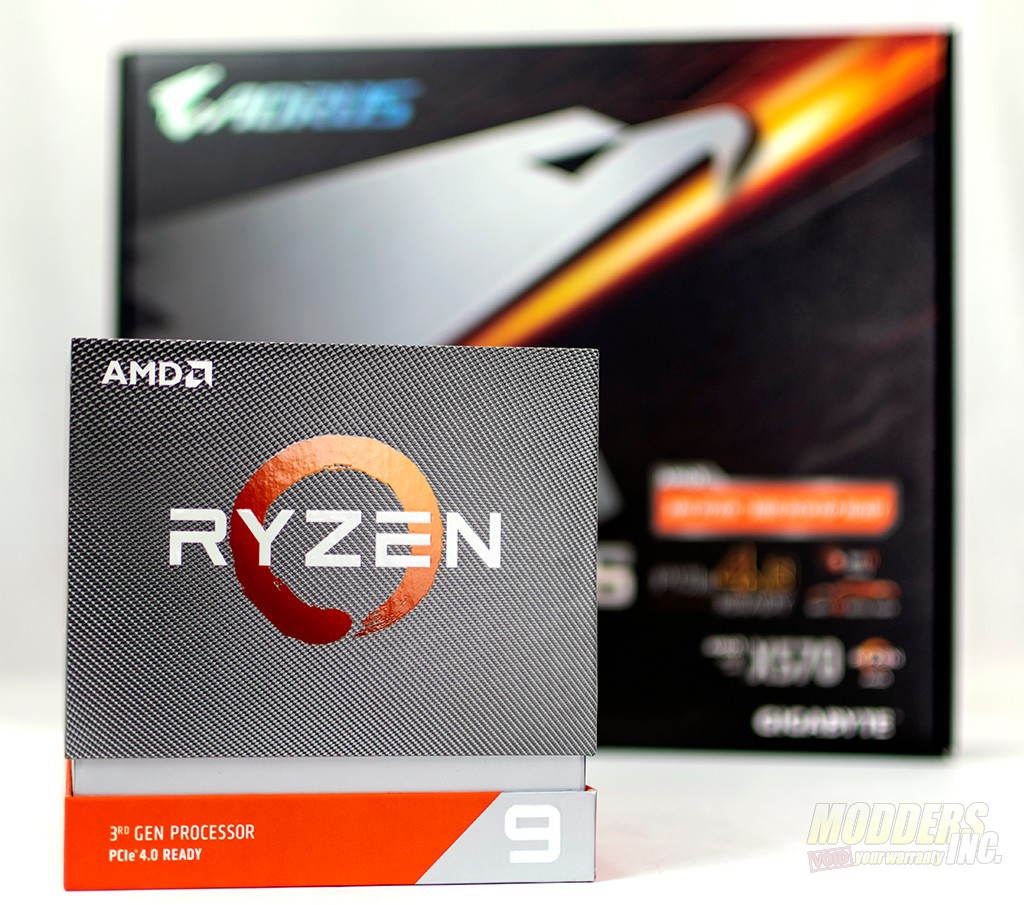 The AMD Ryzen 9 3900x has a very Nvidia like package as in there is a top and a lower shell that separates from each other much like the Founder’s Edition cards do.  On the front of the box, you’ll find AMD’s Ryzen logo in the center. Near the lower right corner, you’ll see this is a Ryzen 9 series CPU and on the lower left. The left side of the box shows a brief glimpse of the cooler housed inside. To get a peek at the CPU, you’ll only need to look at the top of the box. 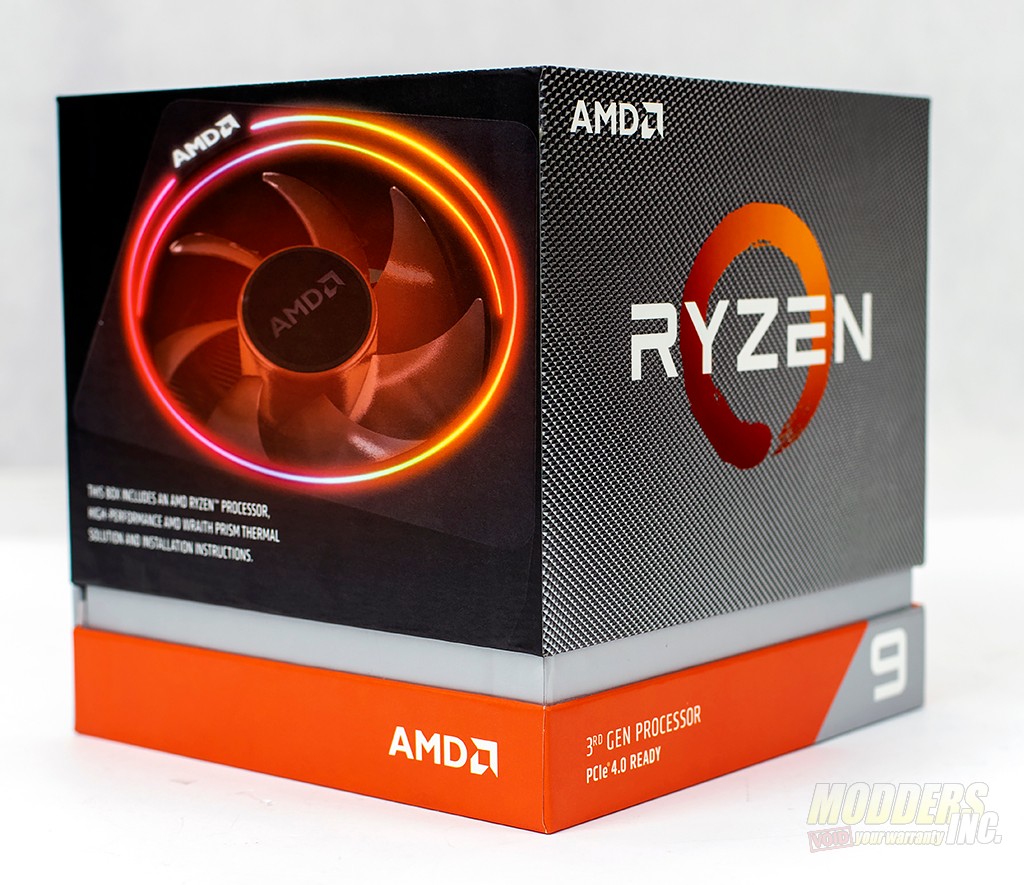 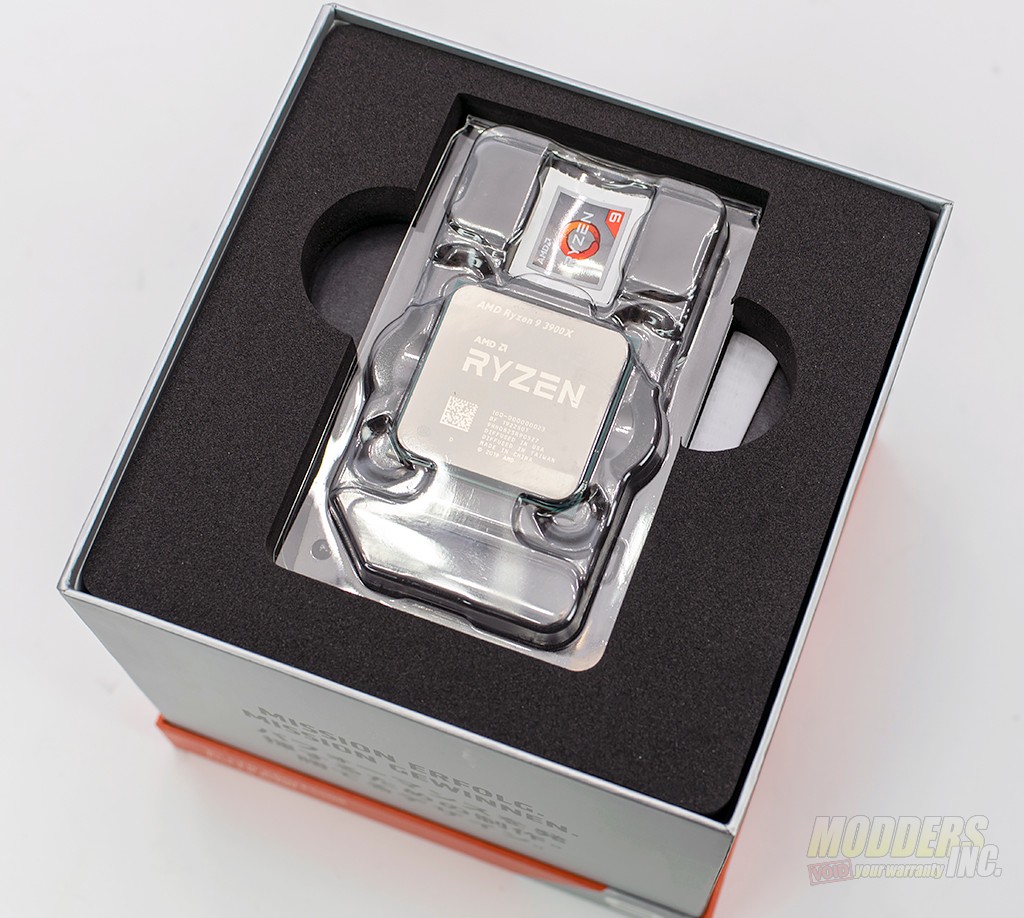 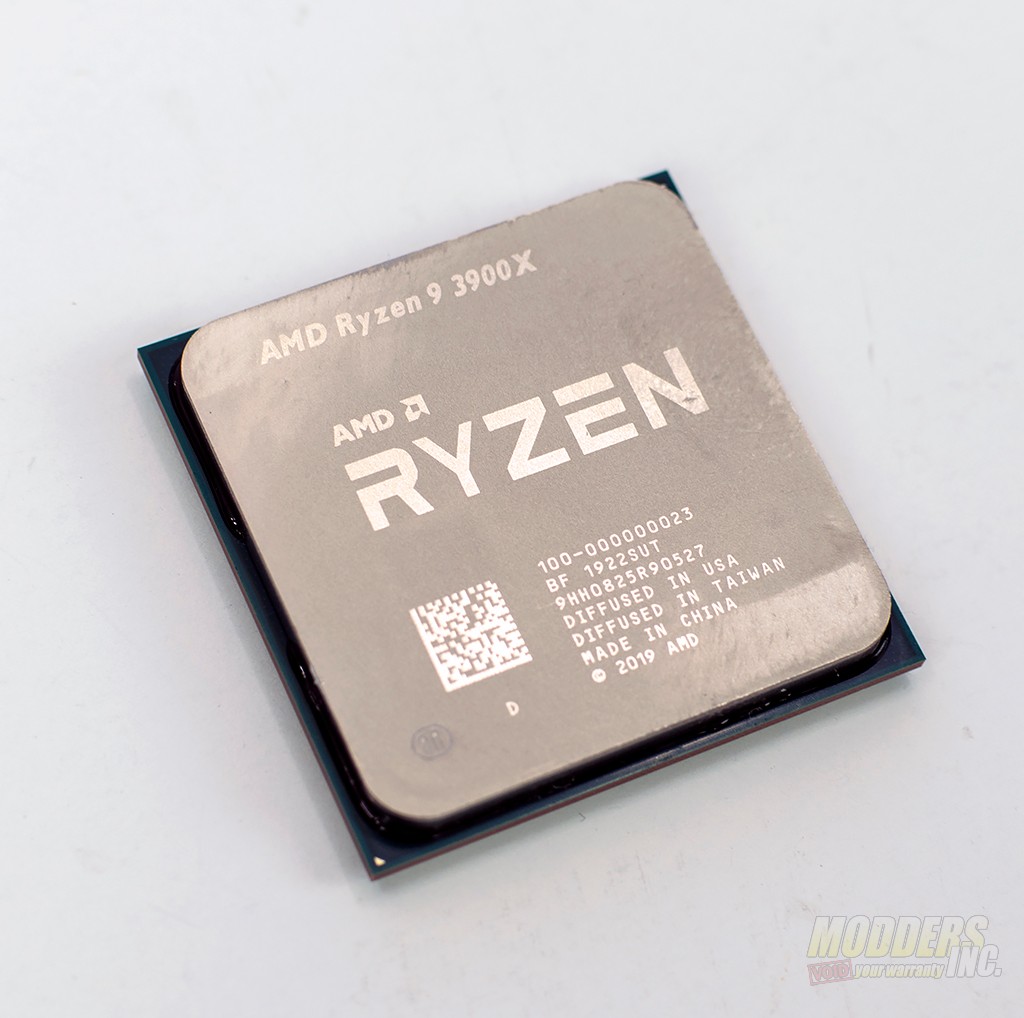 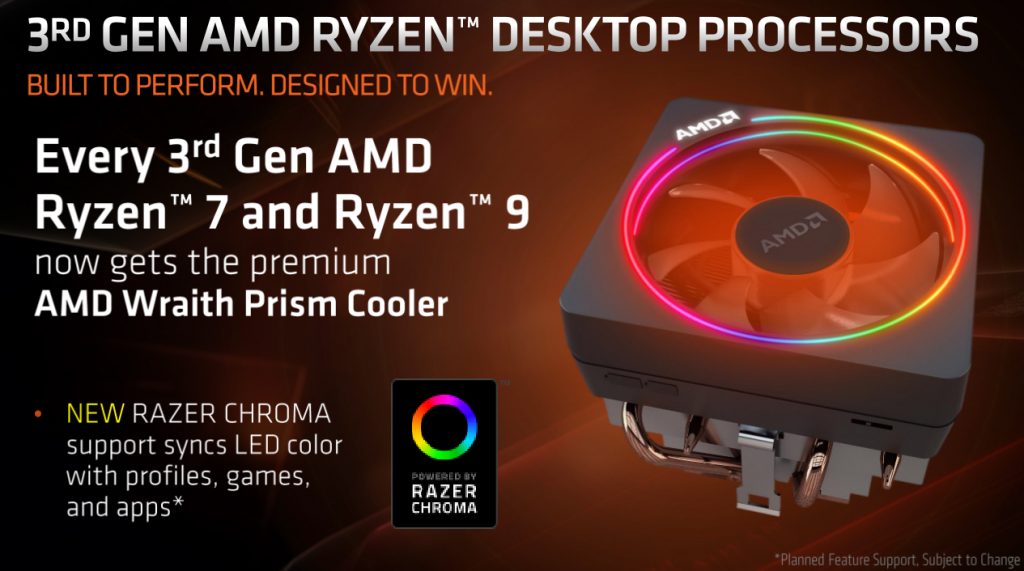 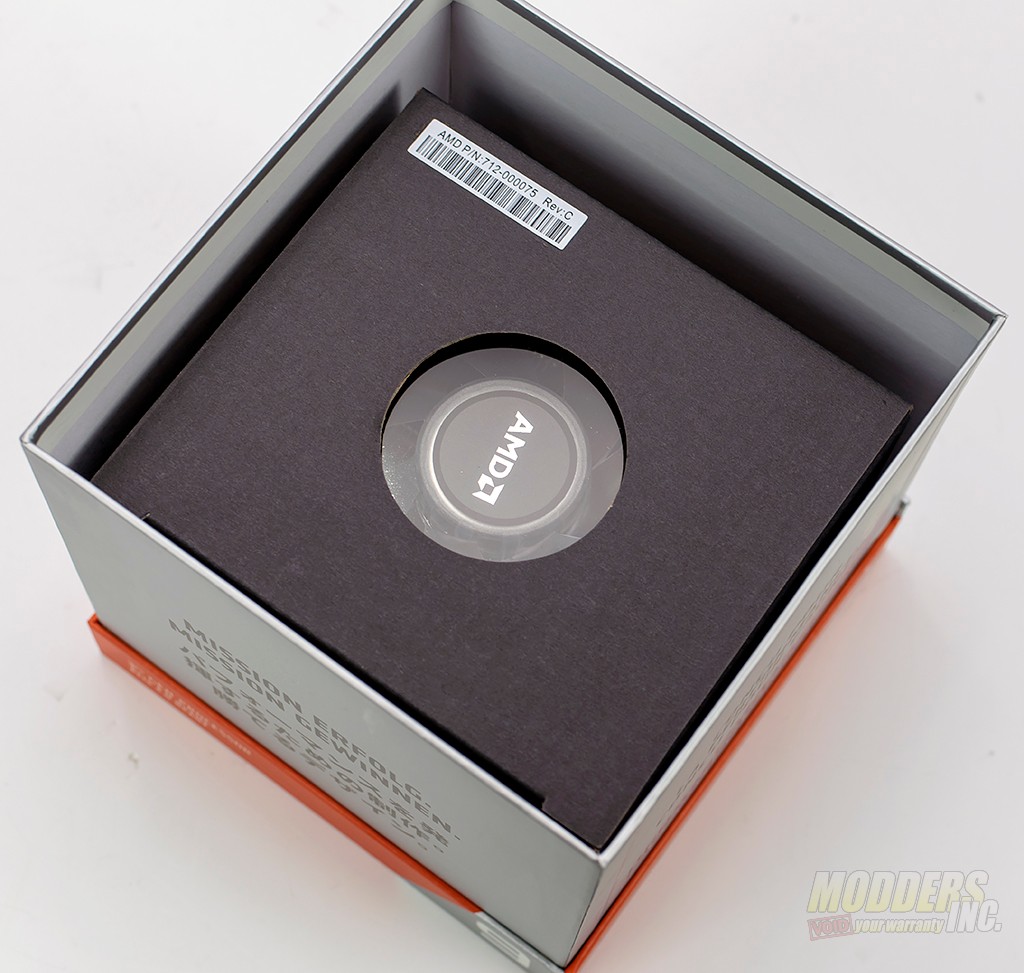 Athestitaccly, the cooler has a dual LED-lit ring with a transparent fan in the center with LED lights in the fan hub. There are two ways to control lighting. The lighting for the cooler is compatible with the control software from ASRock, Asus, BioStar, Gigabyte, and MSI all controlled by a 4-pin port on the fan shroud. There is also a 3-pin port that allows external control of the LEDs. Finally, there is a switch on the fan shroud that allows the user to set the fan at low, medium, or high settings.  The cooler itself is based on a 4-Heatpipe design. 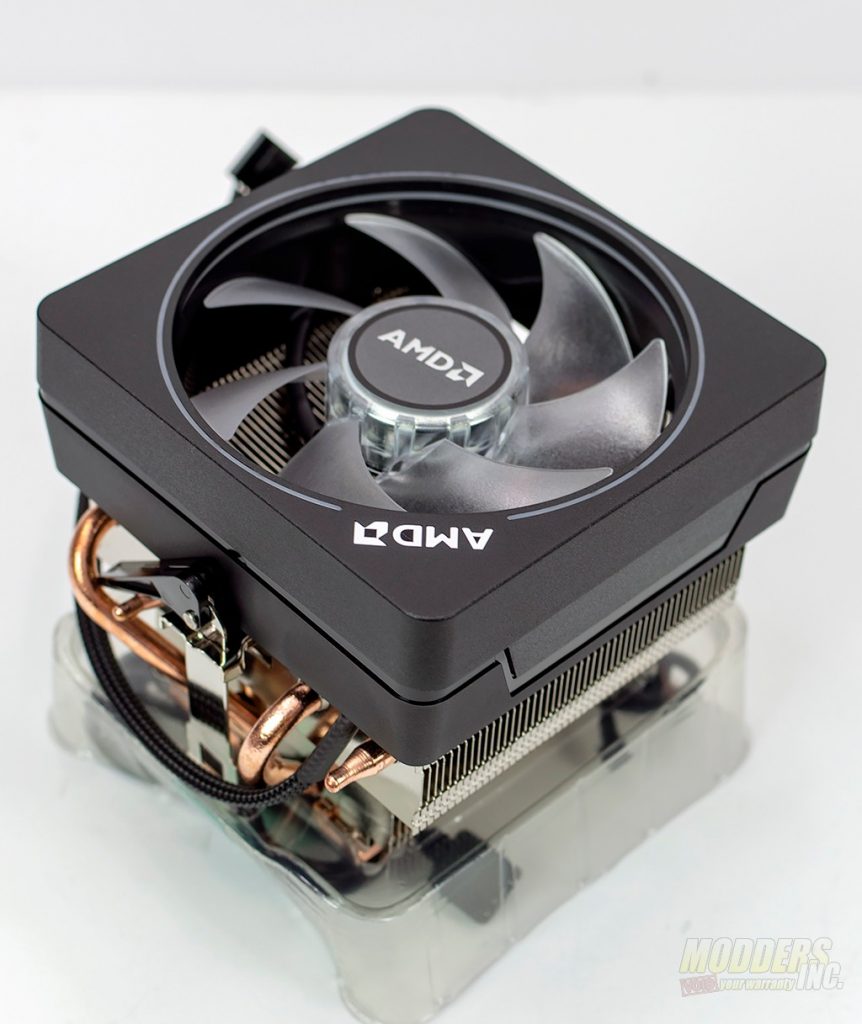 The base of the CPU cooler features a large copper base and in the center, features heatpipe direct touch for maximum thermal performance. Thermal paste is pre-applied at the factory so the cooler is ready to go right out of the box. 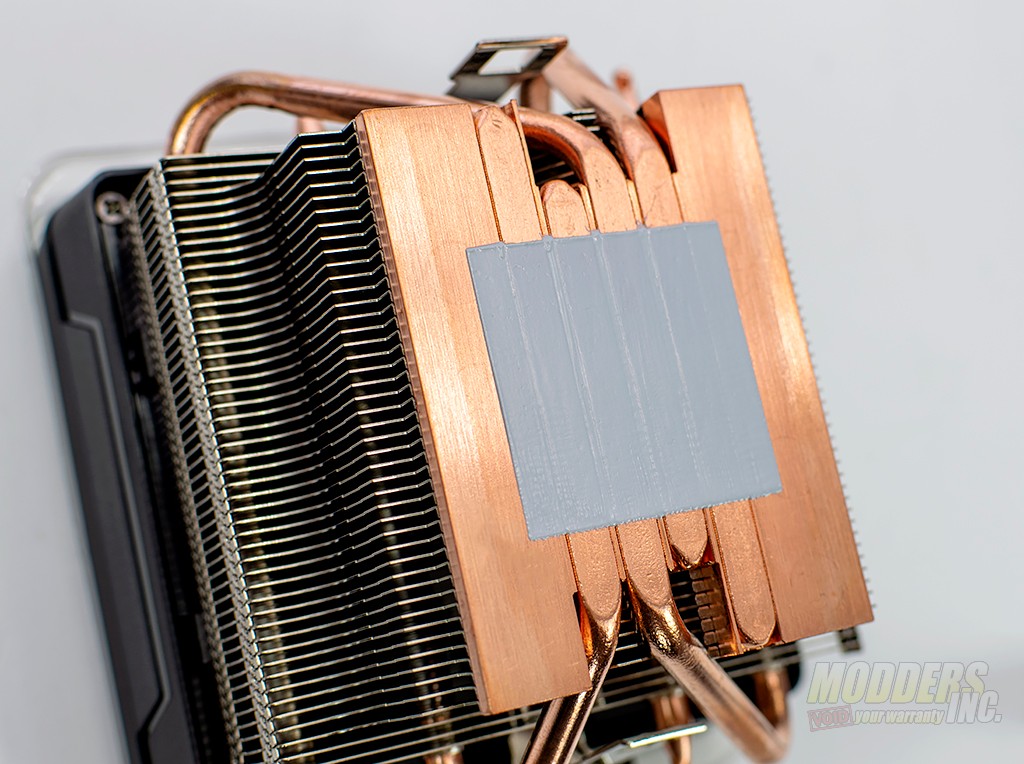