So I’m a little bit late with my reviews. I’ve spent the last week or so troubleshooting some issues with both AMD and the folks over at Gigabyte. You could say I experienced some early adopter pain and I think it’s important to talk about it. So, what I experienced was on the Aorus X570 Master, the AMD Ryzen 9 3900x wasn’t boosting properly. I get that Precision Boost is opportunistic and all that. However, I would never see a single core in single-core testing go above 4.2 GHz. I tried every combination of BIOS from Aorus and Matt was super helpful in getting information to the right people over there and even sent a 2nd motherboard. However, I still could not get the 3900x to perform properly on either. The 3700x rocked it after the F5e BIOS release. Once I switched to the ASRock motherboard, scores got quite a bit better. However, what I saw in a piece of software made me realize that I may not have been comparing apples to apples and I’ll get to that in a second. 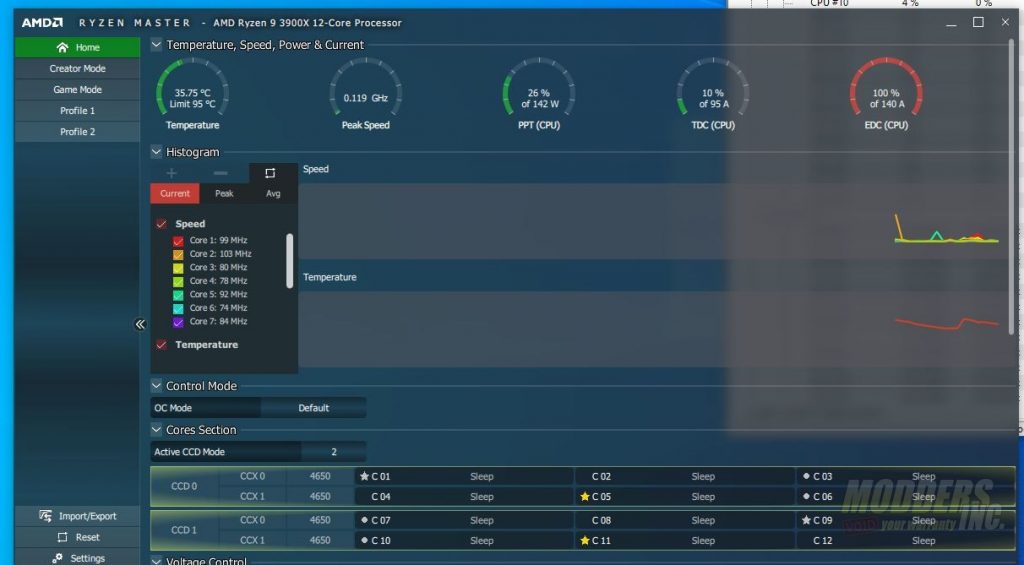 After the first round of testing on the Aorus board, I downloaded and installed the Ryzen Master software. I noticed that one of the indicators, specifically the EDU gauge in the upper right corner was pegged at 97-100% of 140a all the time. I didn’t matter what power profile I chose the gauge was still pegged. Keep in mind these are the stock settings on each of the motherboards with ONLY XMP enabled (for now). Once I swapped over to the ASRock board, the gauge bounced around and was sitting around 40% of 230a which was a higher limit than the Aorus motherboard. 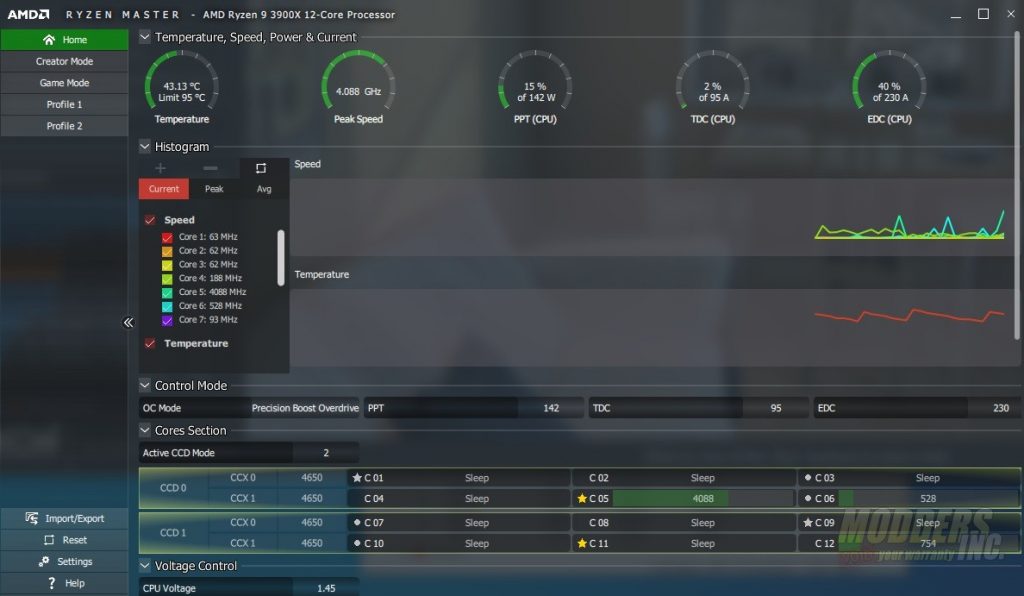 I went back into the ASRock BIOS and manually set the PPT, TDC, and EDC, settings to match with what AMD has set on their stock CPU. Through overclocking in the BIOS, you can set higher limits. Other than setting the power limits for the CPU, I did not allow Precision Boost Overdrive to add any additional frequency to the CPU. 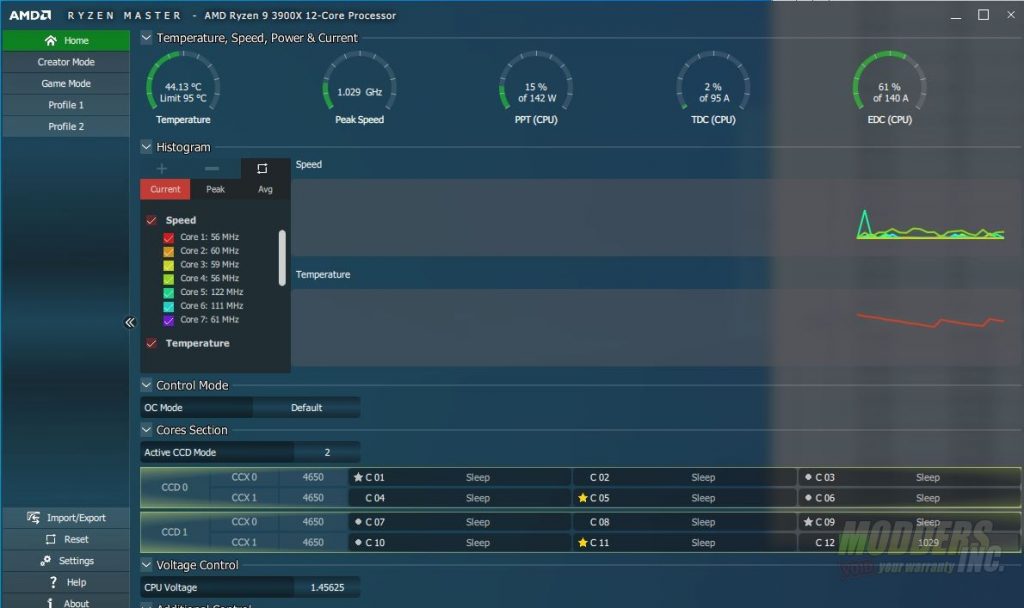 With that set, I want to show the boost behavior that I experienced between the two boards. I used CPUID’s HWMonitor Pro’s graphing functions in a benchmark of Xplane 11. This is a flight simulator that thrives on single-core performance. 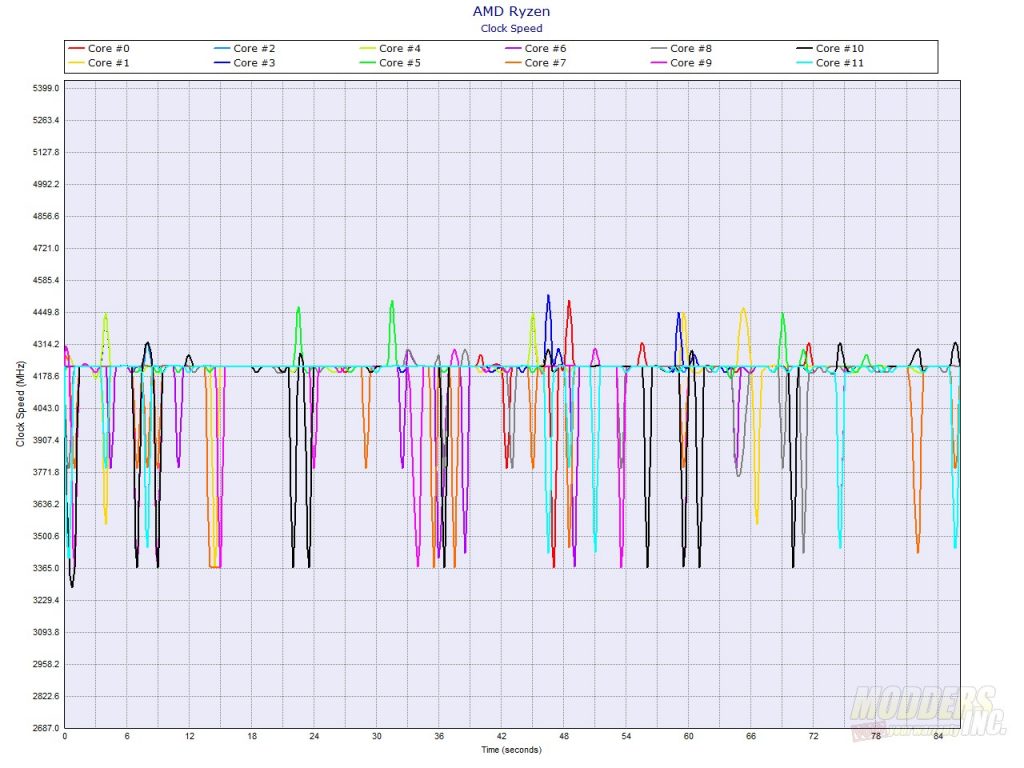 As you can see, the CPU does peek up above 4.2GHz in small spikes here and there. However, the main frequency sat right around 4.2 GHz.

Next up, the ASRock X570 Taichi in the same test. 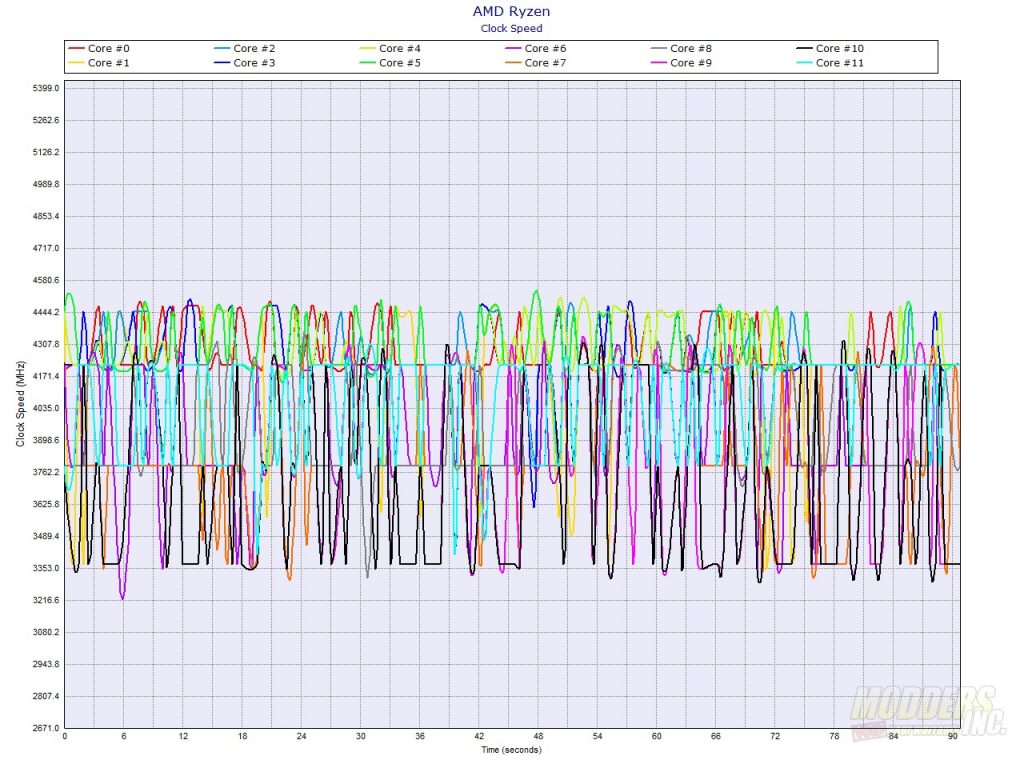 On the ASRock motherboard, we get more cores boosting above the 4.2 GHz mark more often. There is most definitely a boost speed difference between the two motherboards.

The BIOS on all the motherboards had enhanced core performance turned OFF. CPUs were allowed to boost to their manufacture’s specification. XMP was turned on to profile 1 which set the memory to DDR4-3600 CL 16. All motherboard enhancements for CPUs were disabled in order to show a CPU to CPU comparison.

For synthetic benchmarks, each benchmark was run on each system three times. Then we picked the best of the three results. The system was allowed to idle in between each benchmark for no less than 30 minutes. This gives the processor time to rest and cool down a bit before the nest test is performed. The ambient temperature is kept as close to 21°c, or 70°f as possible. We use both Core Temp and Hardware Monitor to record temperatures and CPUZ to validate clock speeds and voltages.