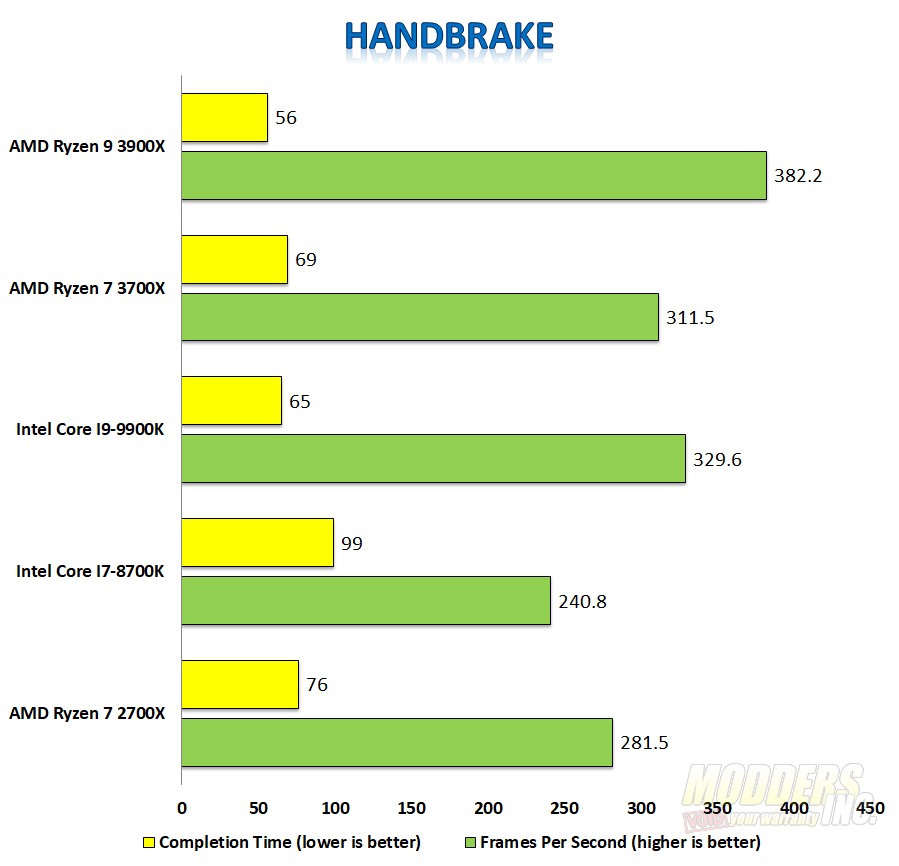 The 7-zip benchmark shows a rating in MIPS (million instructions per second). The rating value is calculated from the measured speed, and it is normalized with the results of Intel Core 2 CPU with multi-threading option switched off. So, if you have a modern CPU from Intel or AMD, rating values in single-thread mode must be close to real CPU frequency. There are two tests, compression with LZMA method and decompression with the LZMA method. Once the total passes reach 100, the score is taken. 7-Zip gives the resulting score for decompressing, compressing, and an overall score. 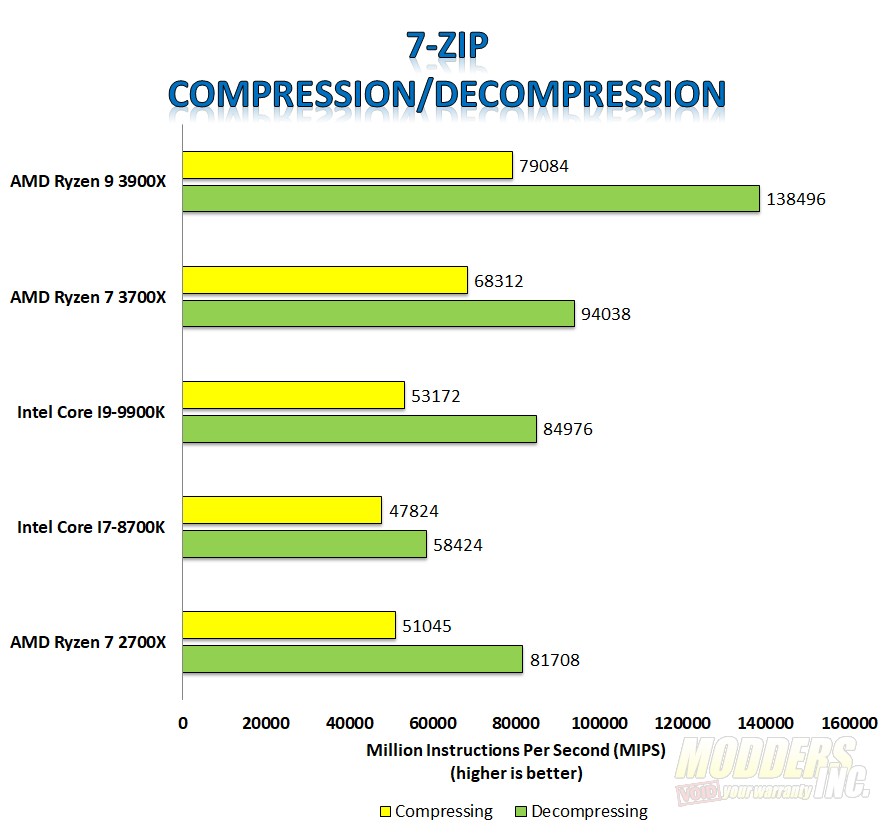 With 7-zip, it’s dang near a clean sweep. However, you can clearly see the improvements that AMD has made between the 2nd Gen Ryzen 2700x and the 3rd Gen Ryzen 3700x. There’s a bit more performance between the two and the 3700x bests both Intel CPUs. The 3900x with the increased core count really shines and totally runs away with the decompression test.

Before we move on to the final set of benchmarks, I wanted to really test clock for clock IPC performance between all of the CPUs. At this point, I disabled all boosting on the motherboards and locked the frequencies for all the CPUs at 4.2 GHz. I ran the single-core Cinebench R20 test and the Single CPU test in POV-Ray 3.7. Yes, I intentionally took away Intel’s frequency advantage in order to get a better look at CLOCK for CLOCK performance but I also negated any boosting on the AMD CPUs. Clock speeds were checked using HWMonitor to ensure no frequency advantage of any CPU.

A lot of the time, I have to cut through the marketing “speak” to get to the real information I want. AMD claimed a pretty significant IPC boost over the last generation and I wanted to see how it compared to Intel’s IPC at the same frequency. What we see is that for the first time in a long time, AMD leads Intel in IPC AT THE GIVEN CLOCK SPEED. However, while Intel’s CPUs do lag behind a bit, it’s really not that much and their frequency advantage with a high IPC still keeps AMD in check.  Plain and simple, AMD cannot reach the speeds that Intel can. But bringing everything down to a level playing field for all CPUs sure helps see the improvements AMD has made. 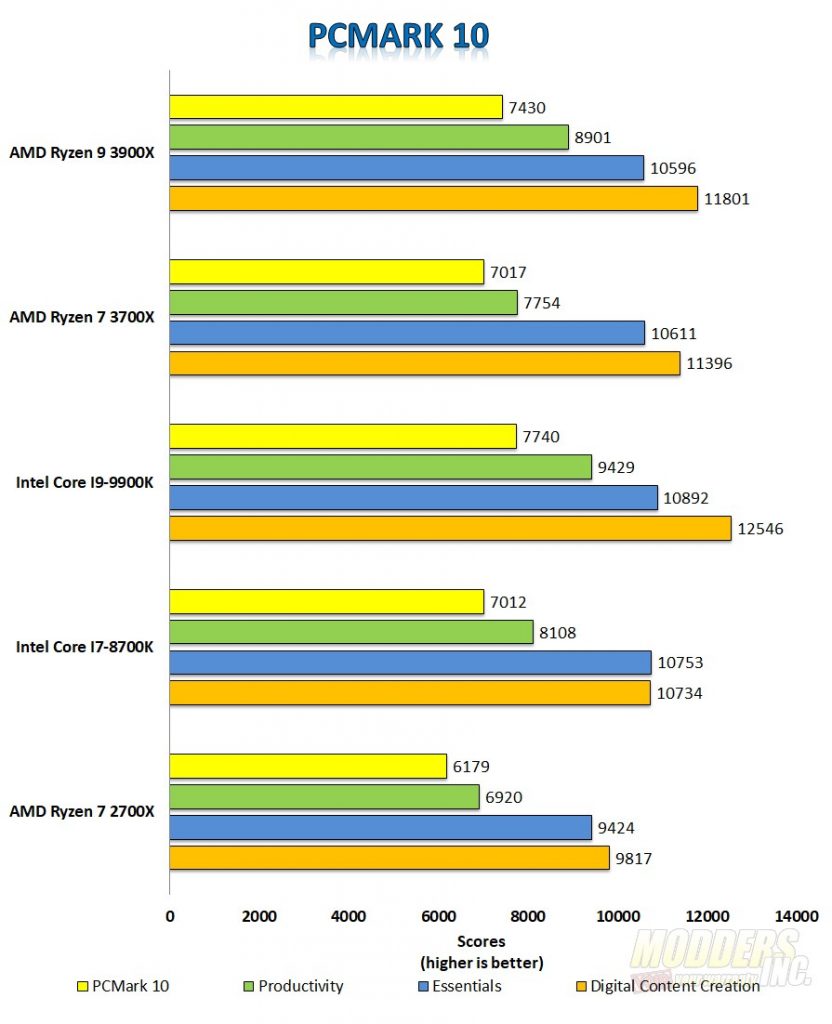 3DMark is a computer benchmarking tool created and developed by Futuremark used to determine the performance of a computer’s 3D graphic rendering and CPU workload processing capabilities. It does this through a series of graphics and physics and or CPU tests. I ran the extreme and ultimate version as I wanted to see how well AMD could handle the Nvidia GeForce RTX 2080ti.

In Firestrike Ultra, you can see the overall scores are in the same range. Really, I see no clear winner. However, the CPU scores show more cores help. Again, I go to the 3700x and the 9900k performance and compare just how close these two CPUs are in terms of performance. TimeSpy Extreme puts things back in perspective as the 3900x and 9900k duke it out for the performance crown and the 2700x and the 8700k battle each other for third place.

For gaming, I chose to mix it up a little bit from what we’ve done in the past. Most games we test are first-person shooters, so I chose to throw a flight simulator in the mix. Xplane 11 depends heavily on single-thread performance, even more so than newer modern games. Games are slowly starting to use more and more cores. I also used the Sid Meier’s Civilization VI: Gathering Storm AI benchmark. 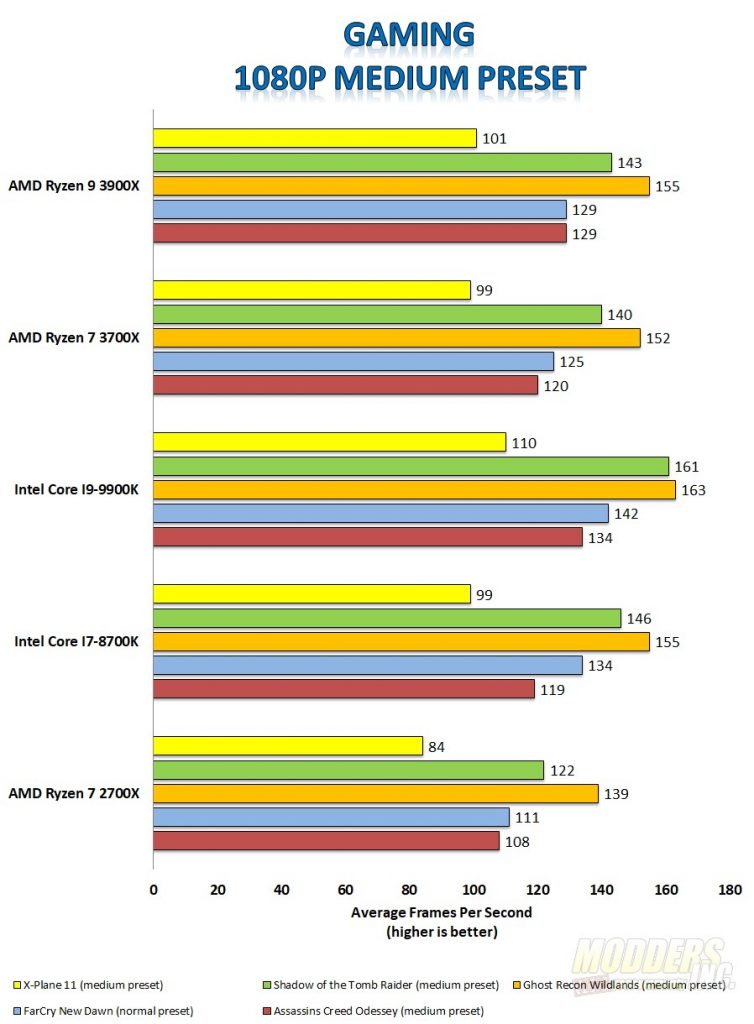 The last gaming test I chose was Sid Meier’s Civilization 6 and the Gathering Storm Benchmark. This benchmarks artificial intelligence and measures the time it takes to complete each turn. 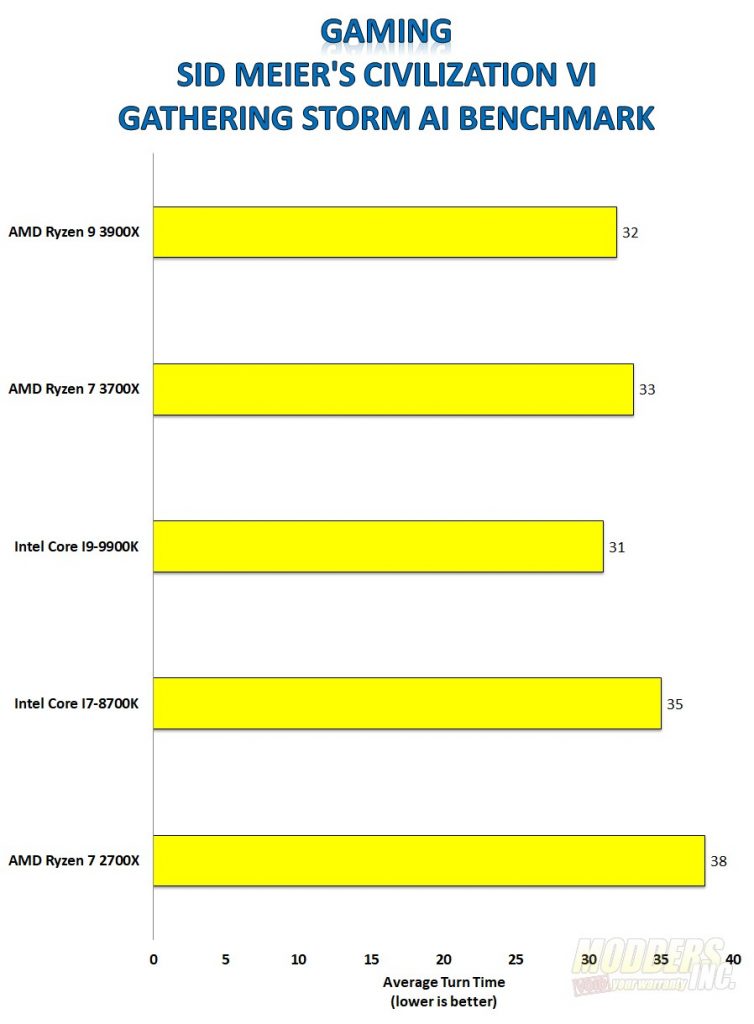