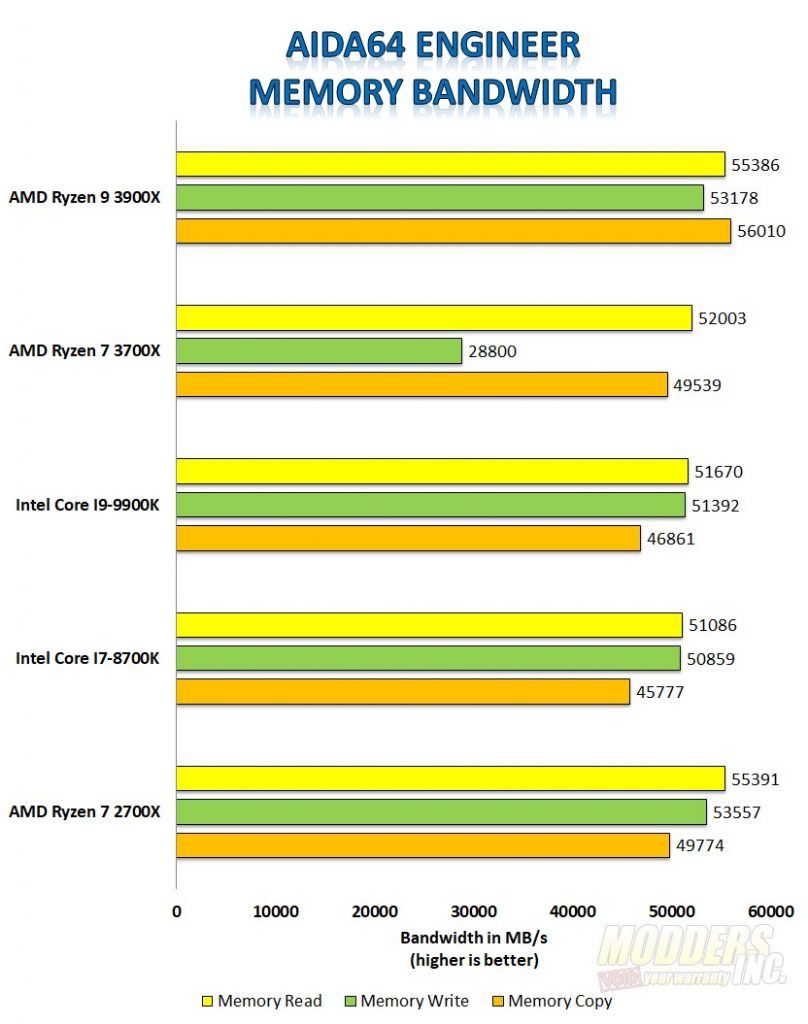 In Aida64’s memory test, we see AMD clearly has done work on their memory controller. Keep in mind as well, the official supported memory speeds of the Intel CPUs is DDR4 2666. The Ryzen 9 3900x leads the pack with 55386 read speed, 53178 write speeds, and 56010 copy speeds. The Ryzen 7 does well in both read and copy and scores 52003 in reading and 49539 in copy however, the write speeds are about half of the read speed. I reached out to AMD on this issue and they explained that there is very little pure memory write workloads so, the CCD to IO link is 32B per cycle for reads and 16B per cycle for writes.

As far as latency, the AMD CPUs can’t match the low to mid 40’s of the Intel CPUs and both tested at 68 ns. 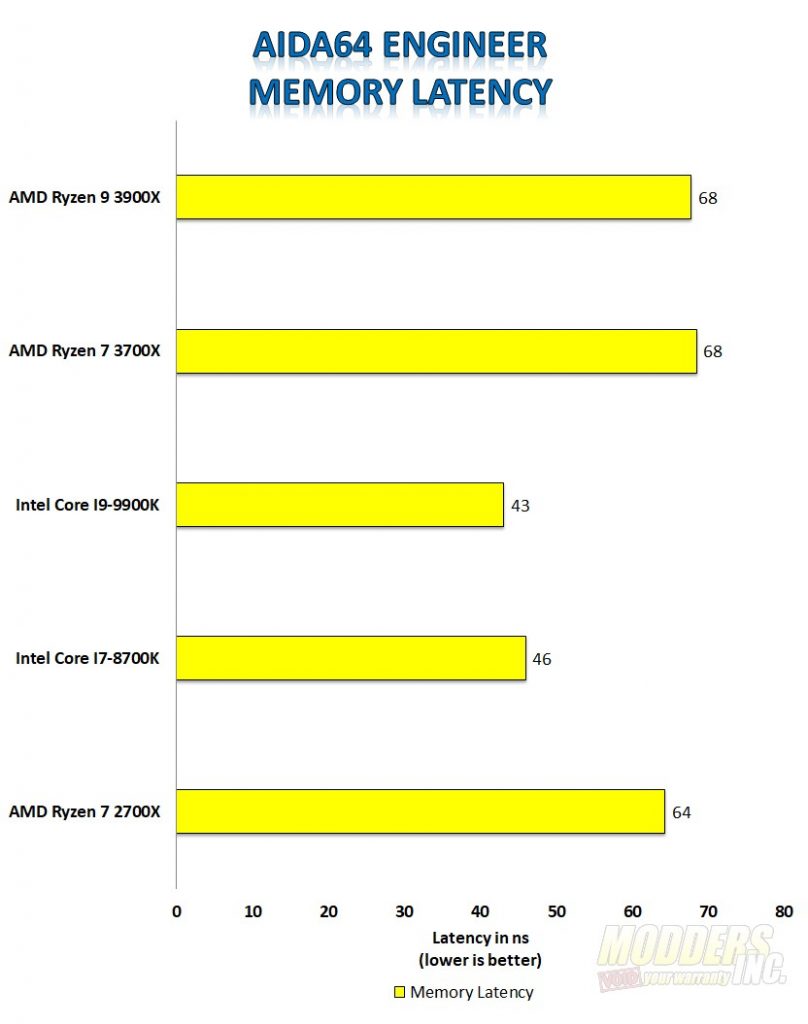 The increased core count really helps the Ryzen 9 3900x take the lead over the rest of the pack, as expected. However, I was a bit surprised at the performance gap between the Ryzen 7 3700x and the Intel i9-9900k. The CPU tests show an ever so slight lead for the Ryzen 7 3700x over the 9900k but when we look at the FPU test, it goes back and forth without much of a difference between the two. And it is illustrated even more so when you compare the Ryzen 7 3700x to the previous Ryzen 7 2700x. 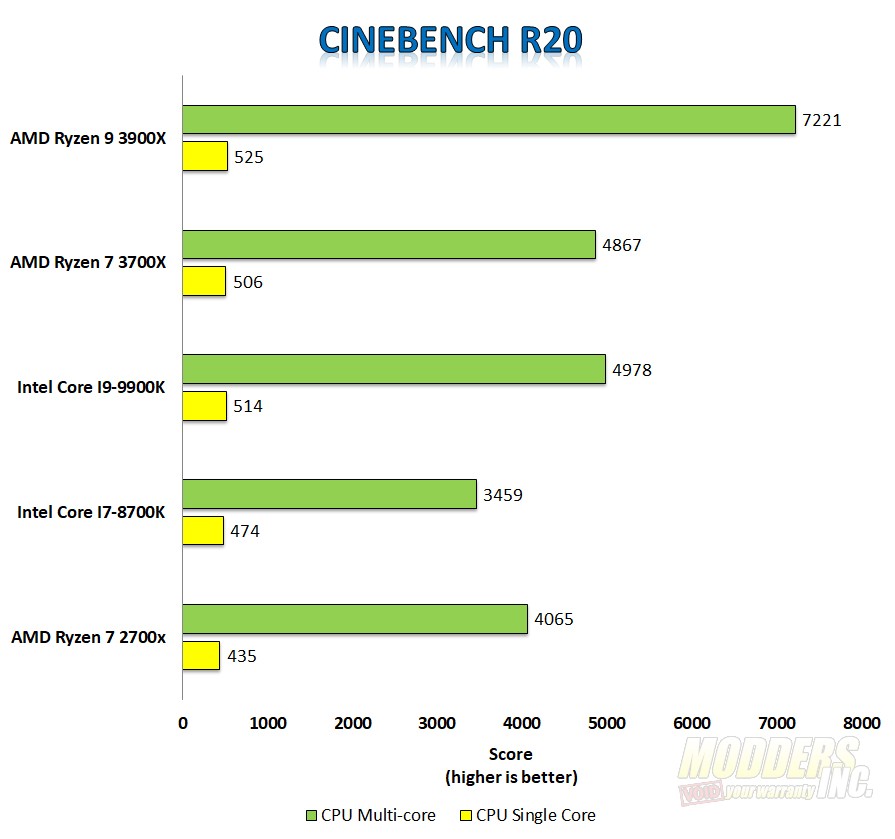 It is not really a surprise that in the multi-core test, the Ryzen 9 3900x runs away with the crown. What did catch me off guard is the fact that both of the Ryzen 3rd Gen CPUs were able to match the performance of the Intel CPUs in single-core performance. In this particular test, that has been AMD’s weak spot as you can see the Ryzen 7 2700x lags quite a bit behind the 8700k. 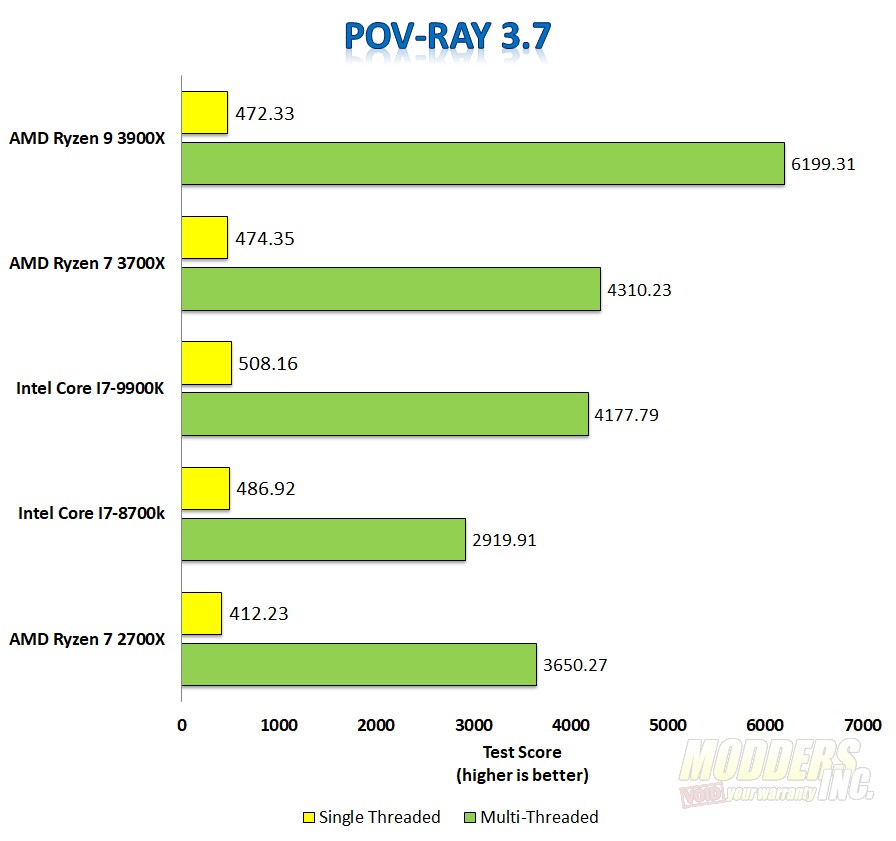 The multi-threaded performance here is strong from AMD and both CPUs are able to beat out their Intel counterparts and a significant performance increase of the 2700x. AMD’s single-core performance still continues to be strong but not quite strong enough to beat either of the Intel CPUs in POV-Ray 3.7.