Once again, some of the best modders in Europe have gathered at Gamescom in Germany to showcase their skills and display their artwork to the public inside the Cologne Exhibition Centre. The annual Deutsche Casemod Meisterschaft or DCMM translates to German Casemod Championships and this year is even bigger, better and have gone International with not one, not two, but seven modding categories to be awarded: Casemods, Casecons, CE-mods, Cases on the Move, 24-hour Live Modding  Challenge, Spektakulärste Kreation public visitor award and Schönstes Deutsches award. Ali Abbas has actually uploaded some videos on his YouTube channel featuring his projects. Here is one where he gives a walkthrough of this casemod:

The CaseCons category is for scratch built projects. All enclosures used here are made from the ground up. Ali Abbas has once again taken the top prize with his Armageddon project, while Stefan Ulrich and Kathrin Diederich took 2nd place with the Arcade Dragon build. Ronny Moore took 3rd place once again but with his Lightglass casemod.

In the Spektakulärste Kreation category, the entries receive votes entirely from the public visitors instead of the select jury. Xing Kai of FUXK from China took top prize with his Night of Darkness, Batman build while Ali Abbas took 2nd place with his Armageddon build. Stefan Ulrich and Kathrin Diederich took 3rd place with their Behemoth Battlecruiser (StarCraft) build.

The CE-Mods category involves consumer electronics converted into a chassis to house a PC. It is not just a matter of re-housing a system of course, so no Ahmed Mohamed clock projects are accepted in this category. The modders have basically given their projects another personality entirely. In this section, Henning Wolter took 1st place with his BF4 Recon set, housing a PC inside a radio system. Ali Abbas took 2nd place with his Buccaneer Bay set, housing a PC inside a jewelry box/chest. George Kähler took 3rd place with his RetroPie console.

The Cases on the Move category involves cases with automated animation. Ali Abbas took the top prize with his Armageddon build, having a motorized monitor lift. Henning Wolter took 2nd place with a Nutella Dispenser case and Martin Blass took 3rd with his Why So Sad? robot build.

Martin’s entry was also submitted to MSI’s PRO MOD season 4 having an “RGB” themed lighting. A video demo showcasing the build can be seen from Martin’s BT-CustomsPC YouTube channel:

The Schönstes Deutsches Beauty Case Award named as a reference to the Schönstes Deutsches Wort award uses the theme of “Let Us See your Feminine Side” this year and has Stefan Ulrich and Kathrin Diederich taking top prize with a Doctor Who themed “Call the Doctor” casemod. Siratas Vutipapornkul aka Jengki WMP of Thailand takes 2nd place with his Infinity Gauntlet build (also seen at MSI’s recent PRO MOD Season 4). David Lorenz took the 3rd place spot with his Hot Water build.

Special thanks to Martin MacCoffee for providing photos of the event. More photos are available at the DCMM website or Facebook page and in the image gallery below: 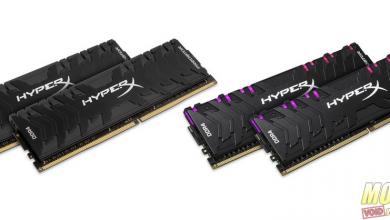