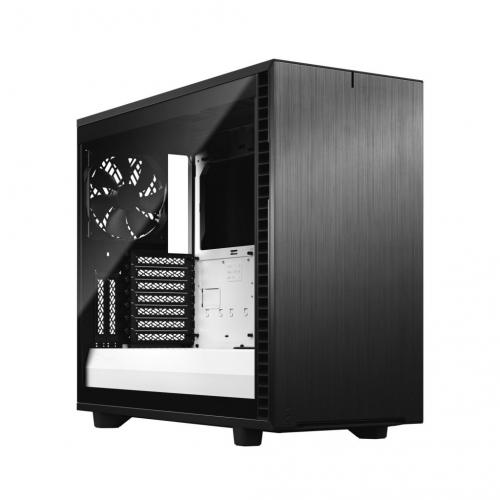 The Fractal Design Define 7 is the long-awaited successor to the popular Define R6 chassis. Fractal took the lessons learned from the Define R6 and applied them to the Define 7. The Define 7 comes in two sizes the standard mid-tower case labeled as the Define 7 and its full-tower cousin the Define 7 XL.  Both cases are offered in multiple options including steel and different levels of tining on the tempered glass panels. Modularity is a key feature of the Define 7 cases as it can be reconfigured from a “standard PC” into a case that allows the utilization of multiple storage devices specifically, the Define 7 can support up to 14 drives with the proper accessories. However, out of the box support is still impressive with 6 hard drive trays and two SSD brackets included. Aside from massive amounts of storage support, the Define 7 also includes massive amounts of cooling support with multiple locations to mount radiators including a 420mm radiator at the top of the case. For the most part, I’ve tried to stay away from cases that have a door at the front. While it makes for clean lines, it also can hamper airflow and thus cooling performance. Has fractal figured out a way to keep the elegant look of the closed door case and maintain good cooling?

The Define 7 comes shipped in a box made of heavy-duty cardboard. As you can see in one of the pictures above, the box took a bit of a hit however, no damage was done. The artwork on the packaging is two-color and features an image of the assembled case on the front and an exploded diagram on the back. 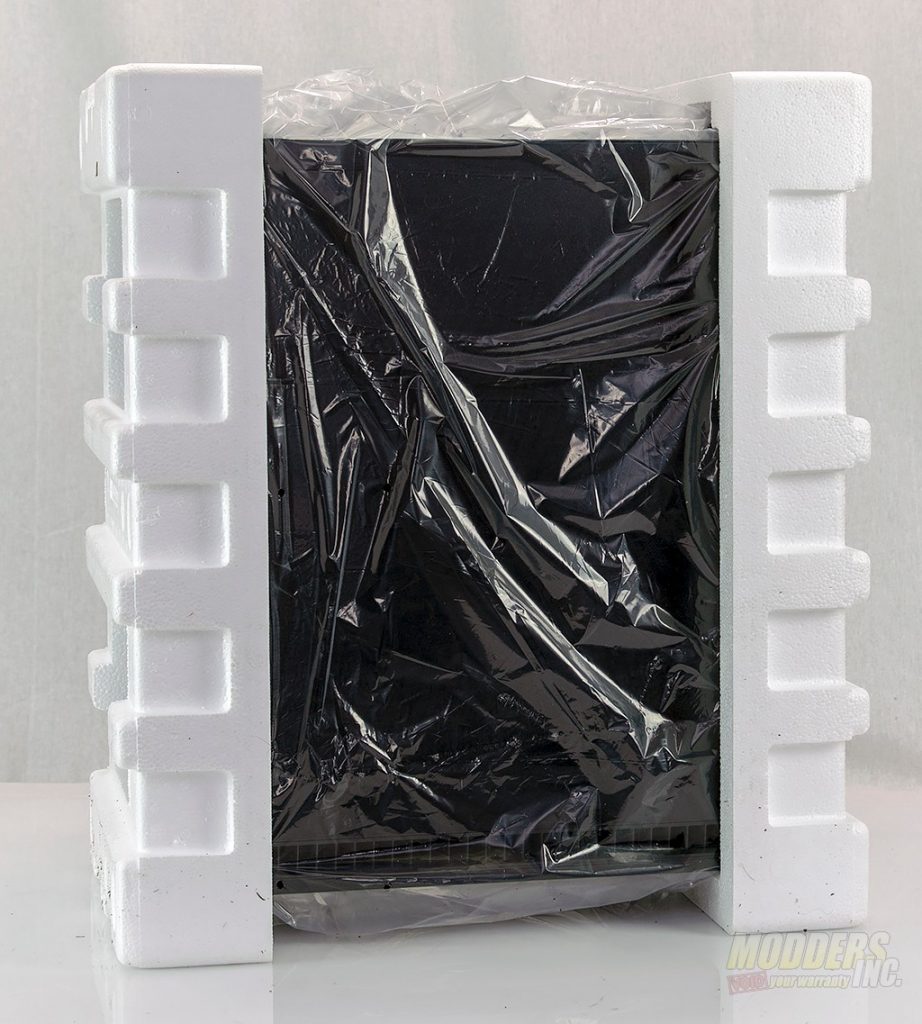 Inside, you’ll find the Define 7  further protected from damage by two rigid foam supports. The case is protected from scratches as it is housed inside of an additional plastic bag.

The accessory kit has to be one of the largest kits that I’ve seen. The packaging for the kit literally takes up the space between the two foam supports.

The reason for the large size is Fractal includes a second top for the Define 7. This additional panel is ventilated to further aid in cooling. Under the additional panel is another set of accessories. There are four additional hard drive mounts as well as a box for the traditional case accessories such as motherboard screws and zip ties.