I want to thank Zotac and EVGA for providing their respective GPUs as comparison cards for this review.

There are many ways to benchmark GPUs. With these benchmarks our goal is to do two things: first to show the performance of the card and secondly to make them easy to replicate. With a similarly configured system, you should be able to get similar results to compare your current graphics card against. There will always be a variance from system to system. All games for this review are tested with the HIGHEST IN GAME  PRESET unless otherwise specified. No changes were made to the operating system settings. 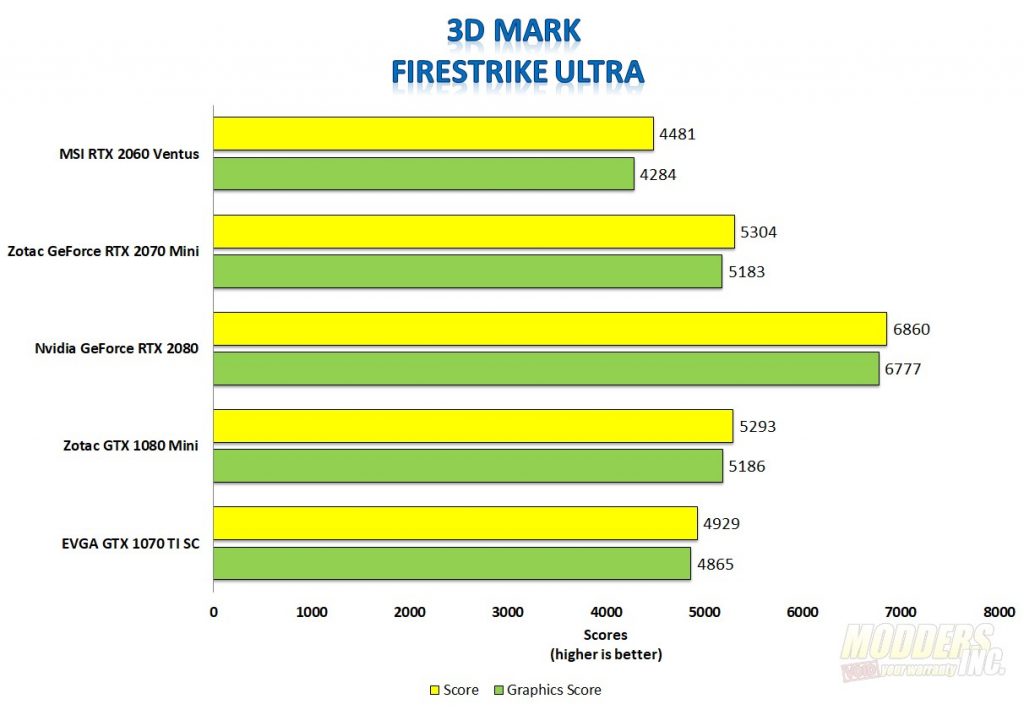 Timespy is an additional test in 3DMark which represents DirectX 12 gameplay. The extreme version is meant to test the highest end graphics cards at 4K. 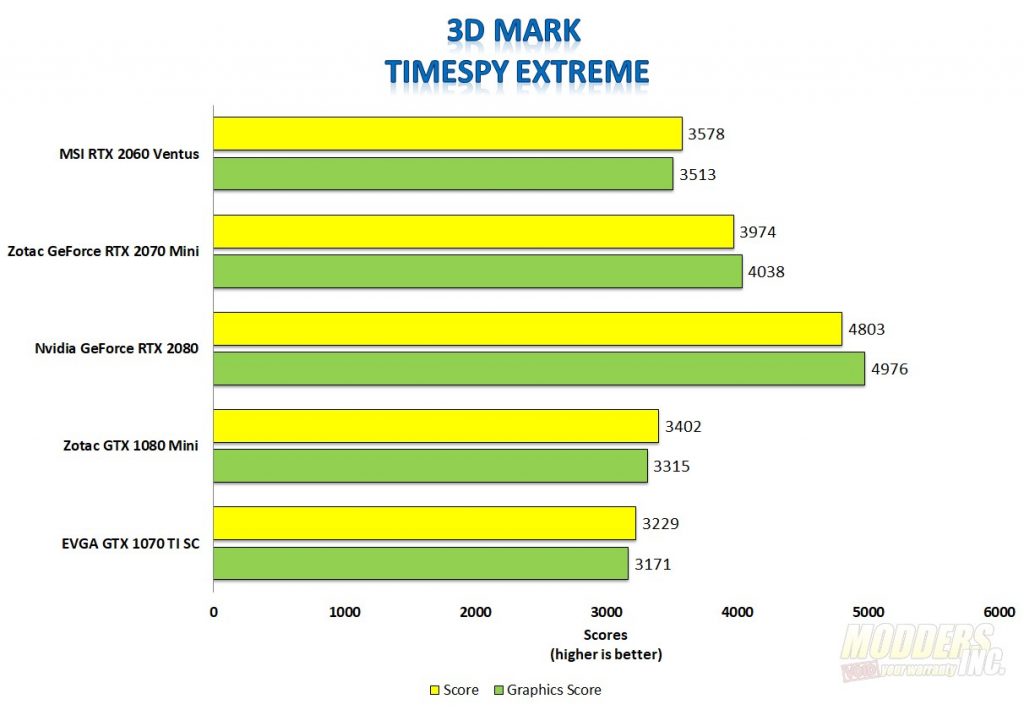 In the 4K test, the RTX 2060 Ventus scored 6144 and in the 8K test, the card scored 2554. This keeps pace with the GTX 1070 TI and the trend we’ve seen over the last few generations where the new generation’s performance level moves up one step over the previous generation. (i.e. 2060 performance should match or exceed 1070 levels of performance.)