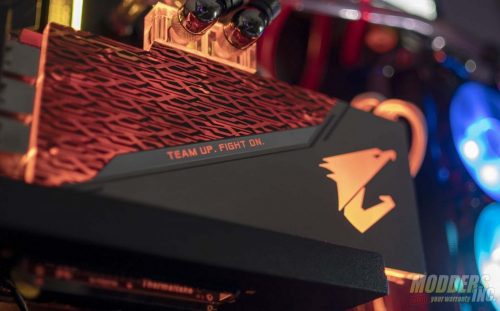 As the PC enthusiast community continues to grow, as does our options for customization. Customizing your PC has never been so easy and accessible. This is no more apparent than within the water cooling community as a whole. If you’re in the market for a simple all-in-one cooler, or you want a full, custom loop on a system that will cost you the same as a mid-sized sedan, several companies have you covered. The only difficult part may be getting every piece in your system to match. You may end up with a motherboard from one company, a GPU from another and a water block from a third. What if you wanted all three to come from the same company? Well, now you can. 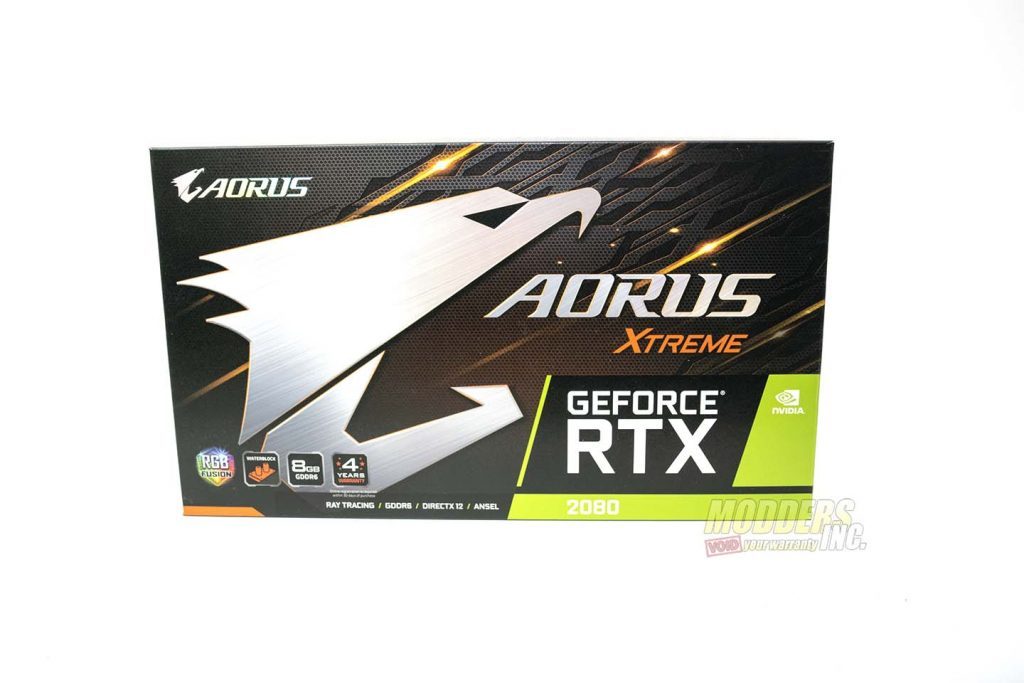 The front of the package has the iconic AORUS falcon head logo shown predominantly on the front, covering the entire left side of the box.  To the below the AORUS Xtreme logo is the mandatory GEFORCE RTX 2080 branding, as well as an NVIDIA logo. Across the bottom, there are badges that make mention to a few key features of the card which include a 4-year warranty, 8 GB of GDDR6 memory, RGB Fusion support and a built-in water block. 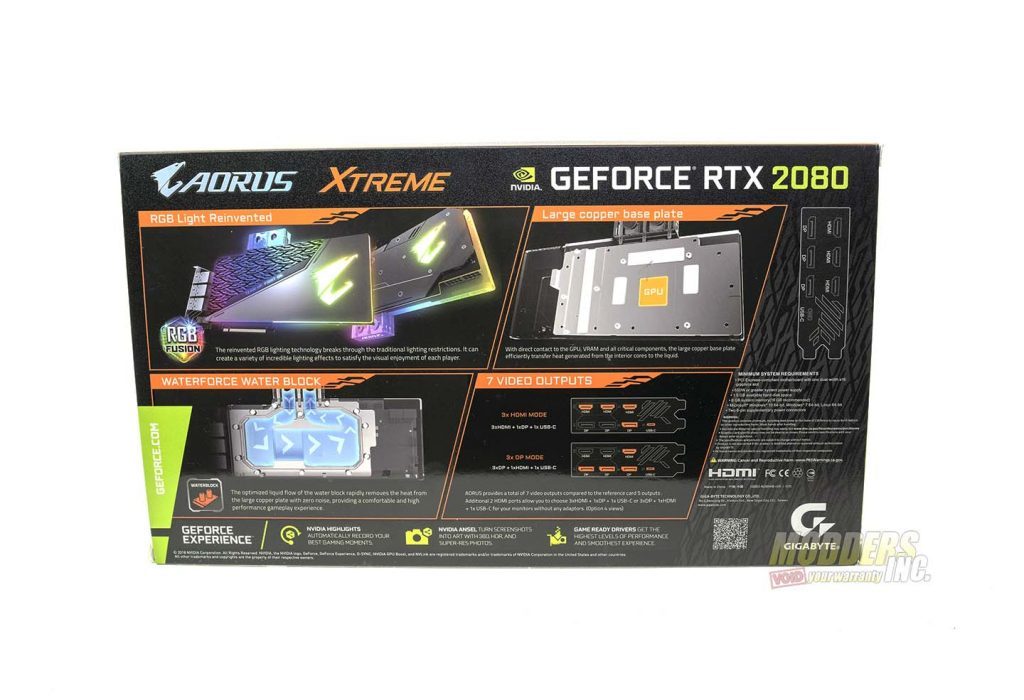 Inside, there is another black box with the AORUS falcon head logo printed in the center. Inside, the AORUS Xtreme Waterforce 2080 comes wrapped in an anti-static bag and packed in soft foam. I prefer soft foam, especially for packing hardware such as graphics cards. It just provides extra protection when in shipping. In the box, in addition to the card itself, you’ll find a metal AORUS case badge and a tube of thermal paste.