The RTX 2060 Ventus uses a black and silver color scheme. These color will fit in with just about any color scheme in your build. The most prominent feature on the GPU is the twin cooling fans. Size wise the card measures in at 226 x 128 x 41 mm. This is not a large card by any means and should fit into almost any case.

Flipping the card around, we can see the backplate. While the appearance looks like brushed metal, it is actually made from plastic. I have a bit of concern here as other RTX cards we’ve reviewed actually use the backplate to disperse heat. 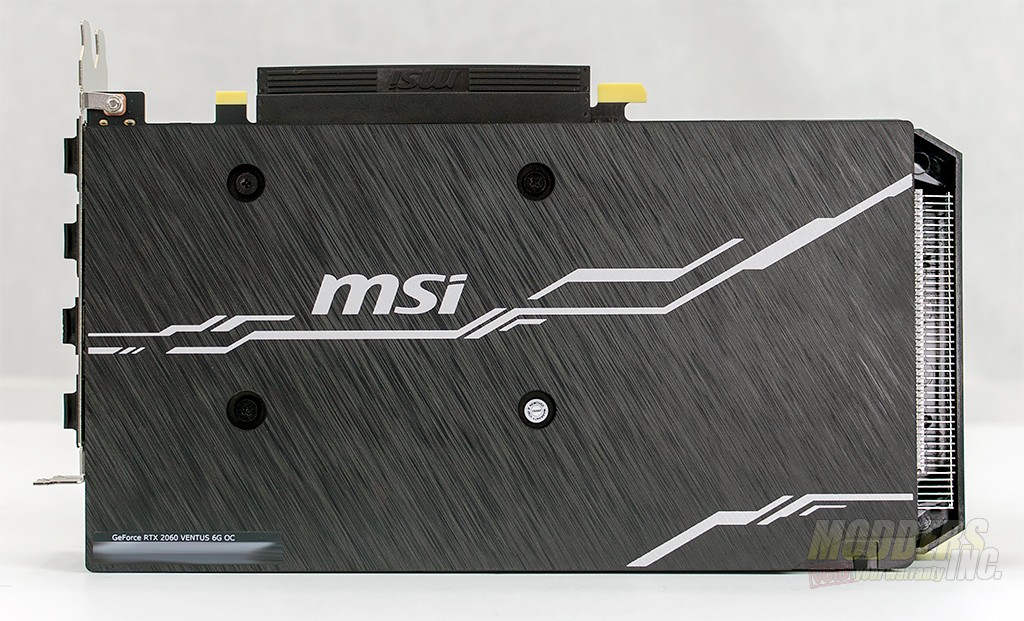 As far as I/O, the RTX 2060 Ventus features three DisplayPort connectors and a single HDMI 2.0b. It’s nice to see the DVI connector go the way of the Dodo however, the VirtualLink port is missing. I doubt we will see too many (if any) 2060’s with the VirtualLink port due to increased cost and the increasing performance demands of VR.

A single 8-pin connector and a 500-watt power supply are recommended to power the card. 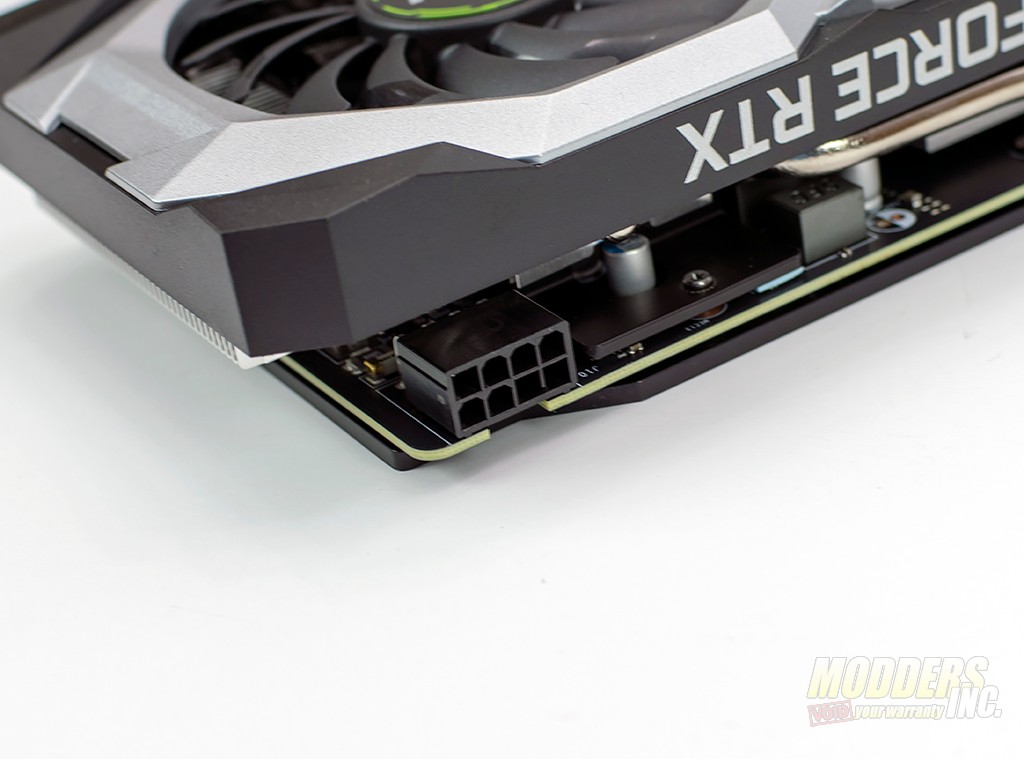 Heading back to the fans, the MSI TORX Fan 2.0 features two different fan blades. One blade is a traditional style blade and pushes a steady airflow to the heatsink below. The blade with the glossy stripe is the dispersion blade. It has a steeper blade angle and is designed to accelerate the airflow. 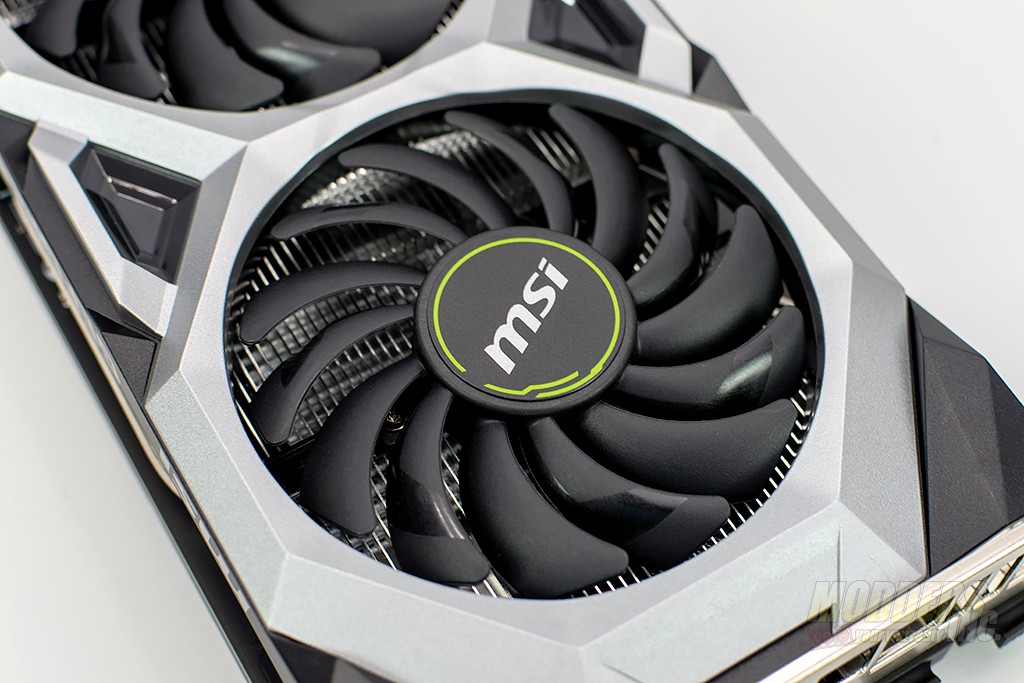 Speaking of heatsinks, the heatsink below the fans features 4 6mm heatpipes that sit directly on top of the GPU die at the cold plate. There are multiple thermal pads that help keep memory and VRM components cool as well. 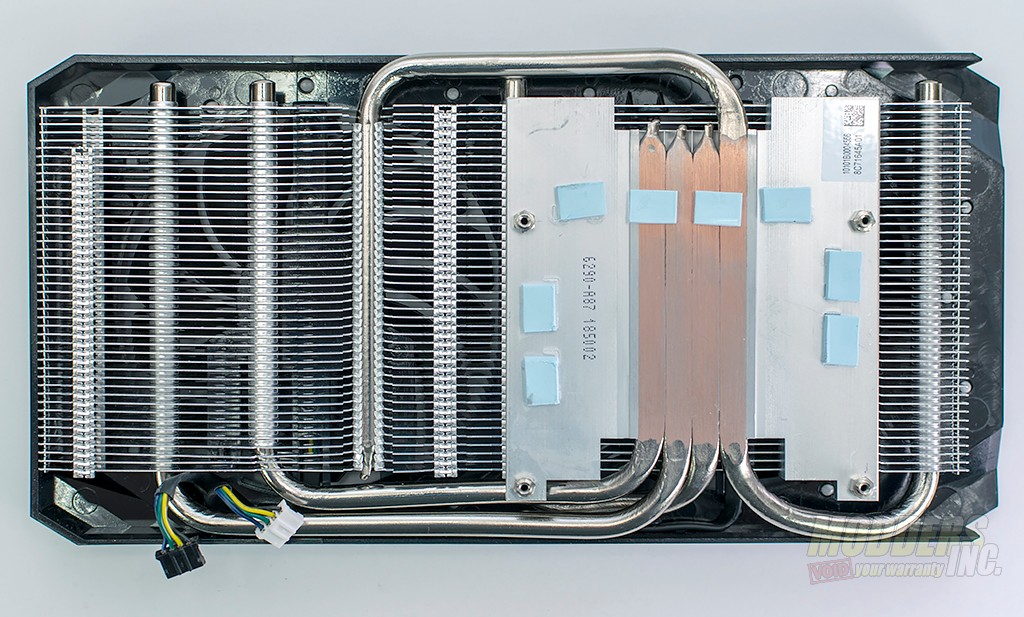 With the cooler removed, we can get a clear view of the GPU die and the surrounding memory. The RTX 2060 is the TU106 from Nvidia. Above and to the left of the GPU is the 6 gigabytes of RAM on board. 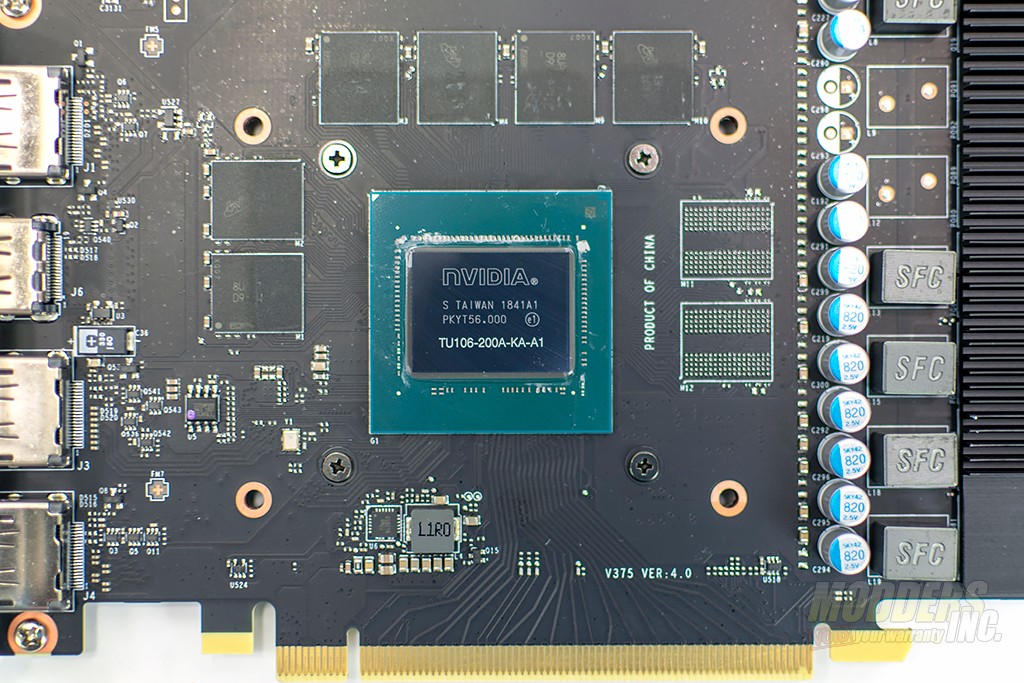 The VRM of this card is located at the rear edge and is cooled by a separate heatsink which gets its airflow from the fan just above it. 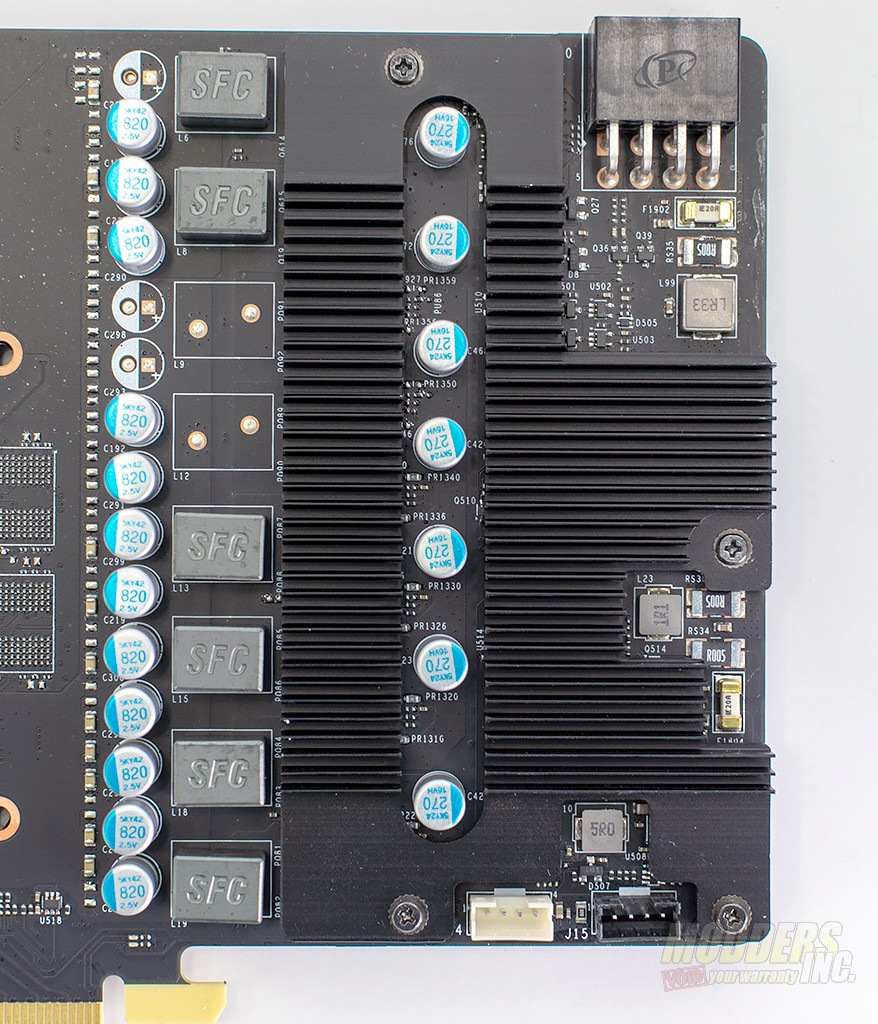 The memory for the RTX 2060 Ventus is manufactured by Micron. D9WCW is the FBGA code and the specifications for the modules can be found on Micron’s website. The memory is 6 gigabytes of DDR6 and has a data rate of 14 Gbps on a 192-bit memory bus with a maximum operating temperature of 95°C. 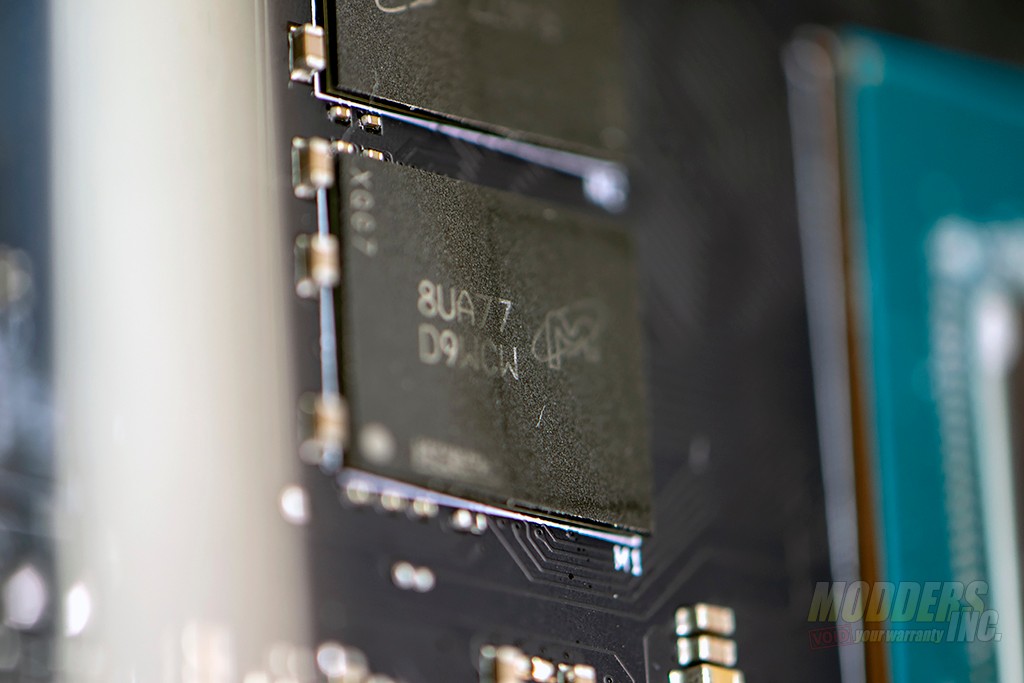