A dual port Intel network card was installed in the test system.

The Synology DS418j in all RAID arrays used a Single Static Volume.

For all tests the NAS was configured to use the a single network interface. One CAT 6 cable was connected to the Allied Telesis AT-9924T from the NAS and one CAT 6 cable was connected to the workstation from the switch. Testing was done on the PC with only 1 network card active; the Killer network card and the corresponding software were disabled for the testing. The switch was cleared of any configuration and left in a un-configured state. Jumbo frames was not enabled and no changes to the network interfaces was made.

All testing is done based off of a single client accessing the NAS.

The Intel NAS Performance toolkit simulates various tasks for storage devices such as video streaming, copying files and folders to and from the NAS as well as creating content directly on the NAS. To limit caching, a 2GB G.Skill memory module was used in all tests. All options in the Performance toolkit were left that the defaults. The NAS performance test is free to download. You can pick up a copy for yourself here.

Tests were run after all the RAID arrays were fully synchronized.

RAID 5 is a stripe set with parity. RAID 5 requires at least 3 disks. Data is striped across each disk, and each disk has a parity block. RAID 5 allows the loss of one drive without losing data. The advantage to RAID 5 is read speeds increase as the number of drives increase but the disadvantage is write speeds are slower as the number of drives is increased. There is overhead with RAID 5 as the parity bit needs to be calculated and with software

RAID 5 there is more of a performance hit.

RAID 6 expands on RAID 5 by adding an additional parity block to the array that is distributed across all the disks. Since there are two parity blocks in the array more overhead is used with a RAID 6 array.

RAID configurations are a highly debated topic. RAID has been around for a very long time. Hard drives have changed, but the technology behind RAID really hasn’t. So what may have been considered ideal a few years ago may not be ideal today. If you are solely relying on multiple hard drives as a safety measure to prevent data loss, you are in for a disaster. Ideally you will use a mutli-drive array for an increase in speed and lower access times and have a backup of your data elsewhere. I have seen arrays with hot spares that had multiple drives fail and the data was gone. 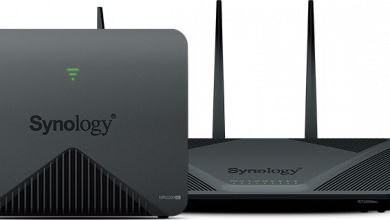