Test System and Benchmark Results of the ThermalTake Water 3.0 240 ARGB

The Stock test was run with the CPU set to the stock settings in the BIOS. The radiator fans and pumps were set to the normal setting in the Arous BIOS. This allows the fans and pump to spin up and down based on temperature. The stock temperature curves in the BIOS were used. CPU pump and the radiator fans are controlled by PWM controller so the pump and fans are controlled by the motherboard as needed. Stock Vcore was set to 1.232V. (Stock speed of 3.6GHz)

The Overclock test was done with custom settings. I set the voltage for the CPU at 1.328V for Vcore and set the multiplier on all cores at 52. To hit stable 5.2GHz. Pump was set to PWM and radiator fans were set to full speed in the EVGA BIOS settings. 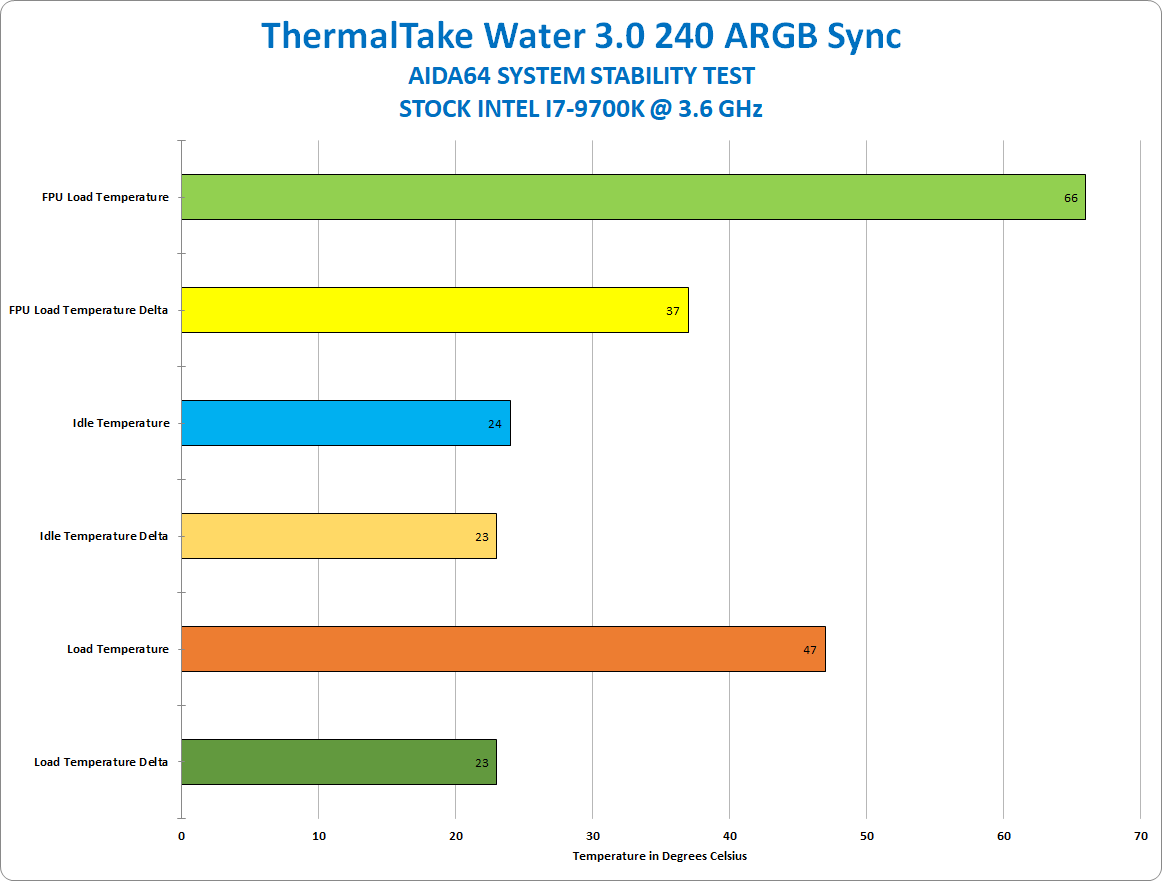 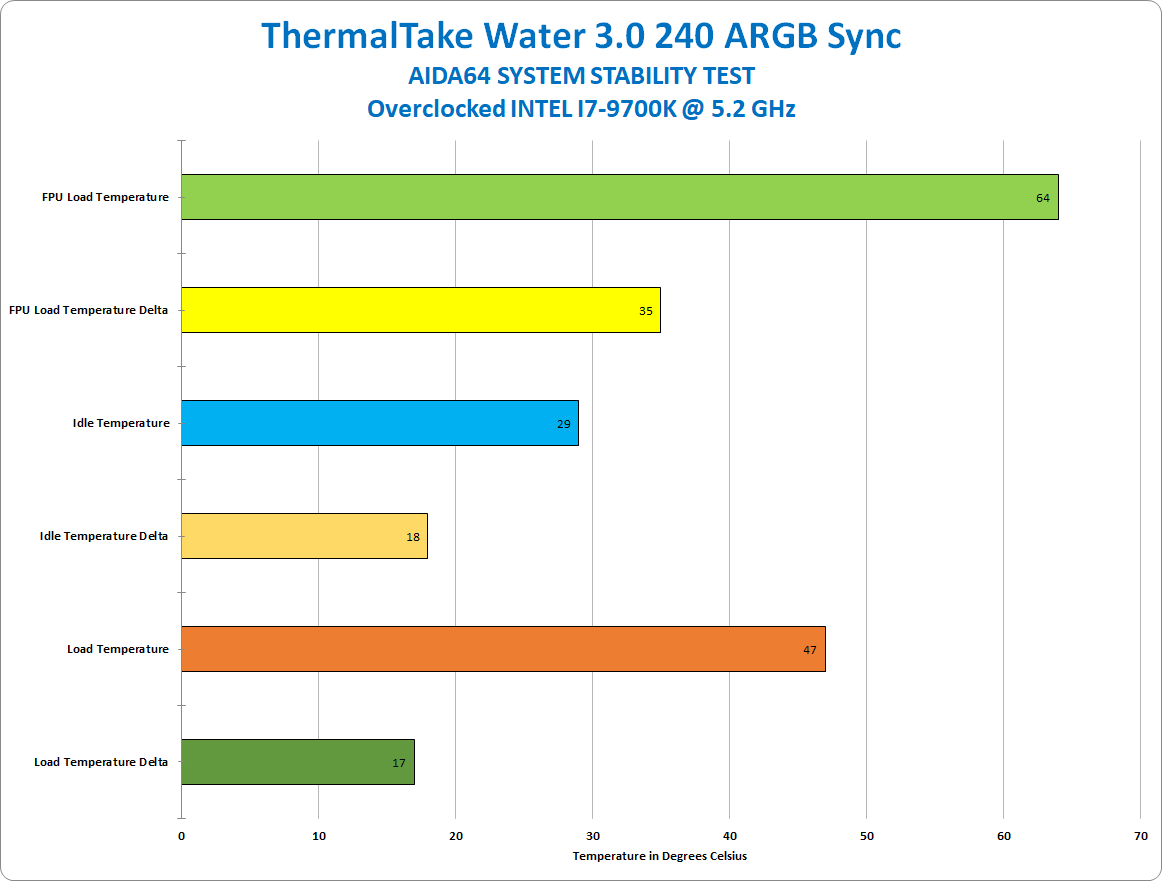 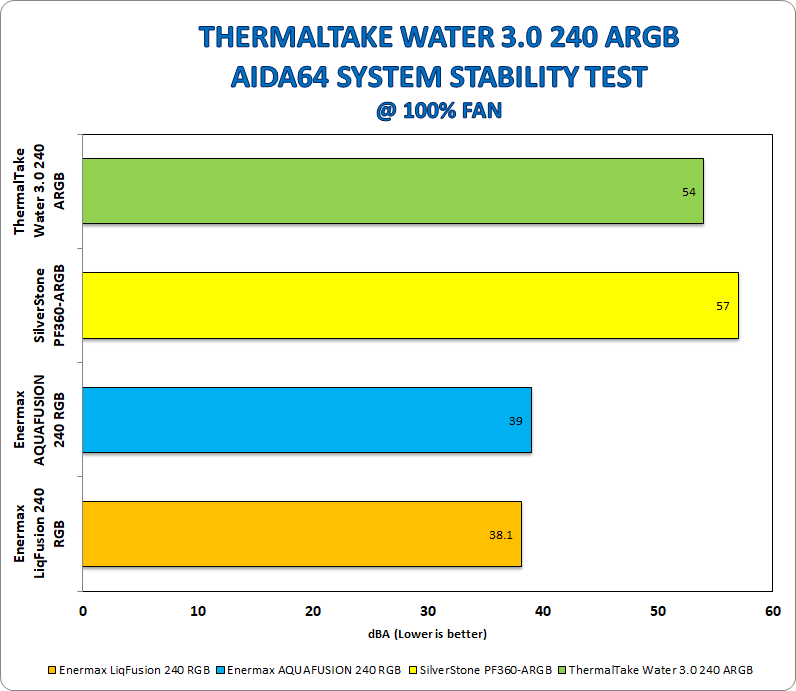 The sound level of Water 3.0 240 ARGB was measured by TDJ 834 sound tester. Testing was done with both fans at 100% RPM and about 20 cm away. Maximum noise was produced by about 54dBA.

I performed multiple system stability tests while testing AIO units like this one. From the data which I took while running in the stock CPU speed I can comfortable say that Water 3.0 ARGB does a pretty good job keeping temperatures as low as possible however I was expecting FPU temperatures in mid 50s C but saw temperatures reaching 66C.

In overclocked mode, the CPU temperature was exactly the same as the stock speed. I thought this was strange however after multiple tests the actual temperature reached 47C. FPU temperatures were actually better and were stable at 64C.

Running fans at 100% really didn’t generate much of a noise. And the CPU pump was whisper silent as well.