The little brother, the Radeon RX5700 comes packaged in a more retail looking box. The same black and red color scheme are used. The front of the box features a graphic of a blower fan and the model of the card within.

Inside, you’ll find an insert that covers the card housed below. 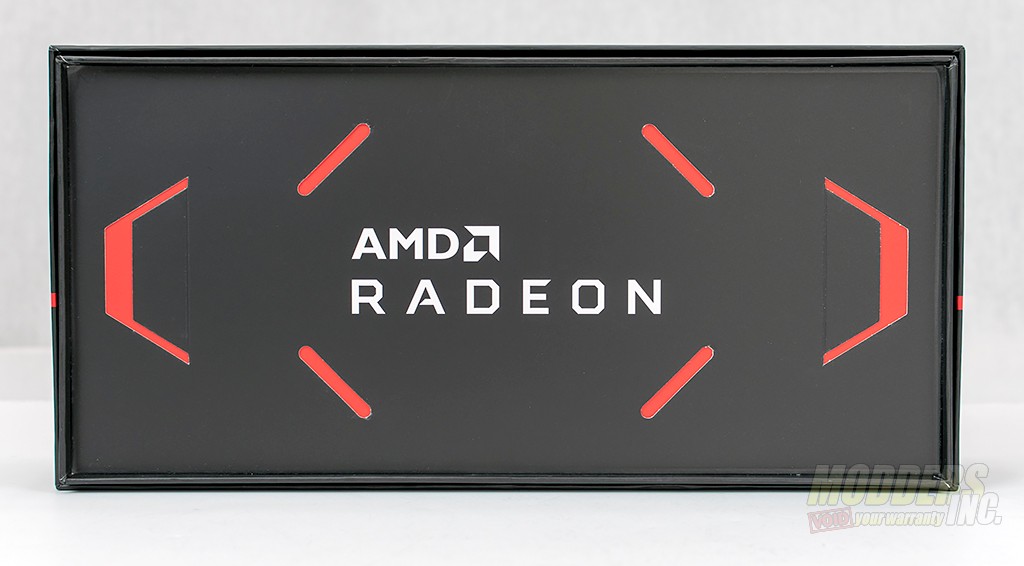 After removing the insert, you’ll be presented with the Radeon RX5700 sitting in a stiff foam shell. 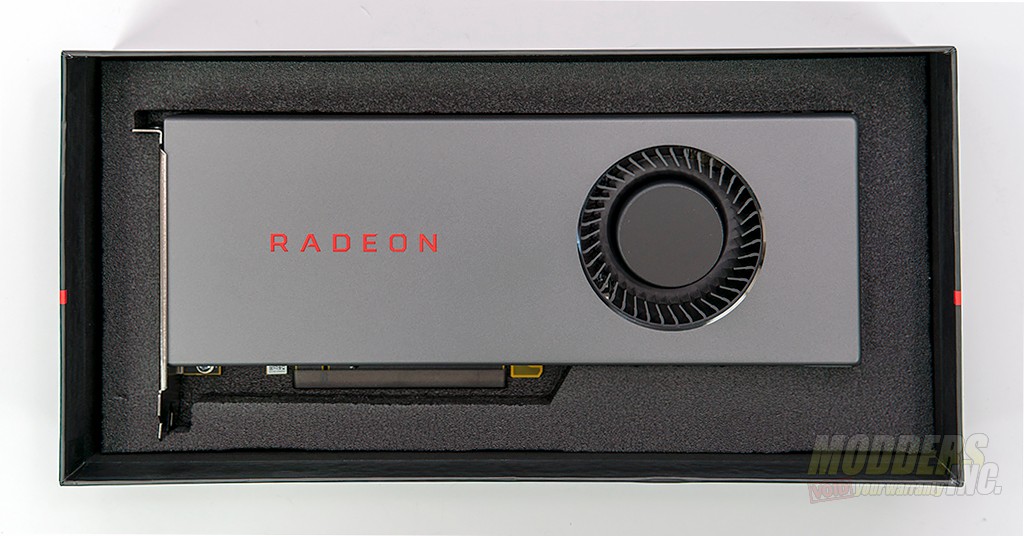 The Radeon Rx5700 doesn’t deviate much from a standard reference design on the cooler and frankly is pretty boring. The shroud is made from aluminum and doesn’t have many visual characteristics except for the reflective ring around the fan and the red Radeon logo on the shroud. 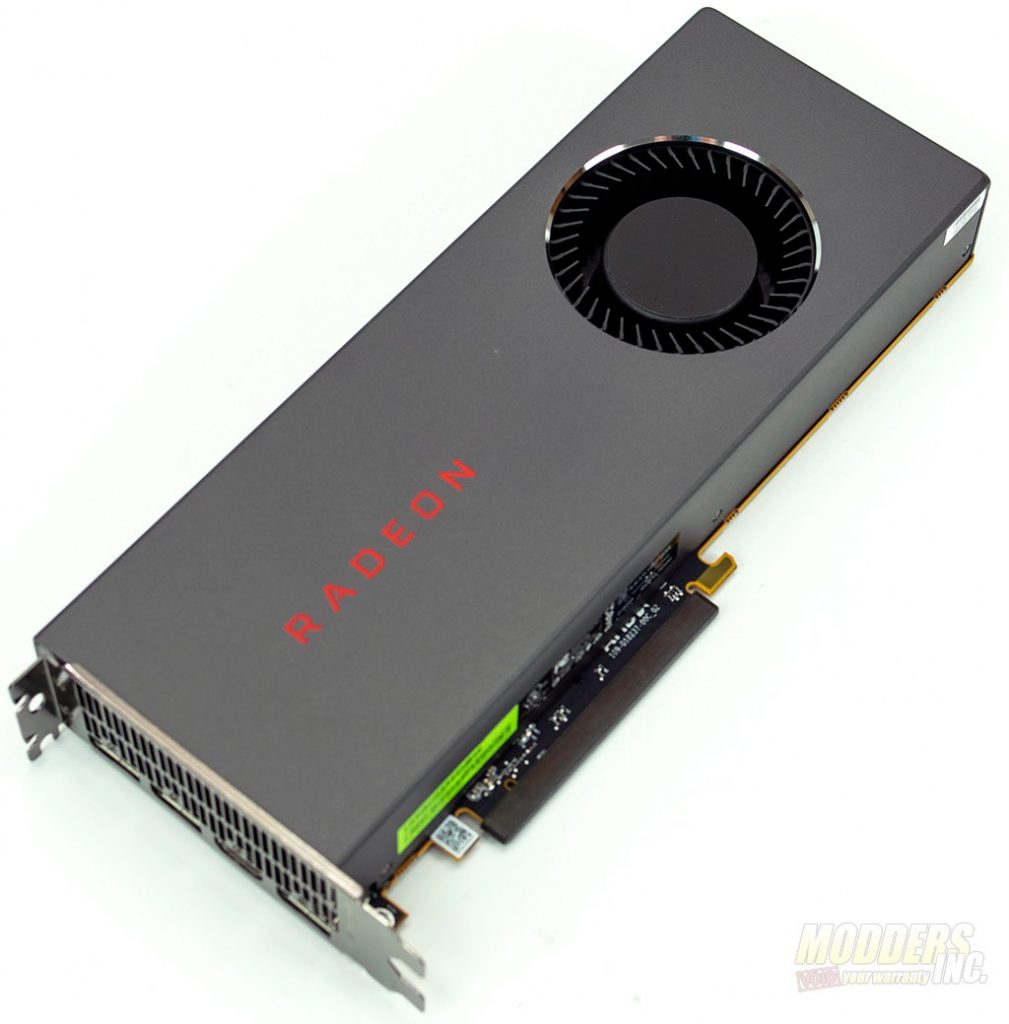 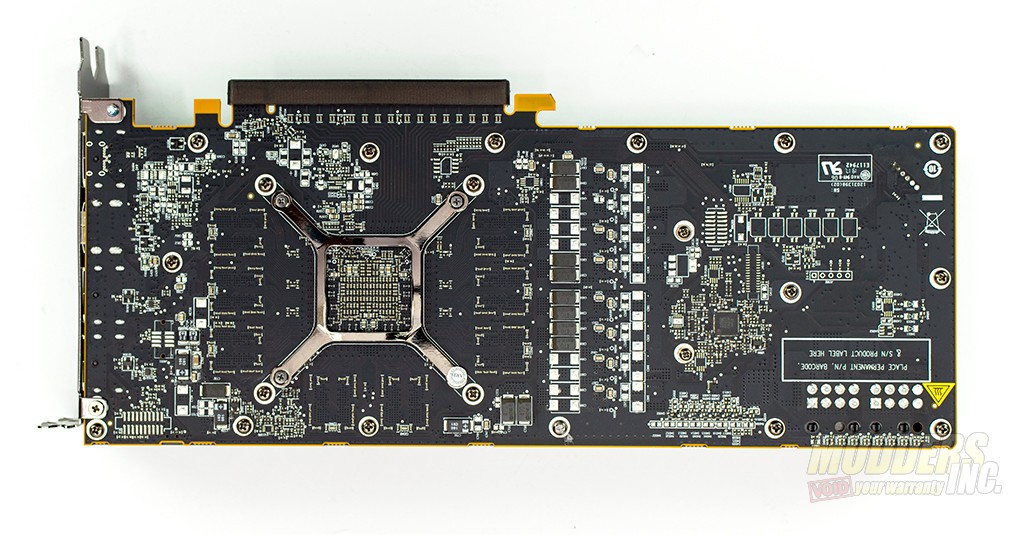 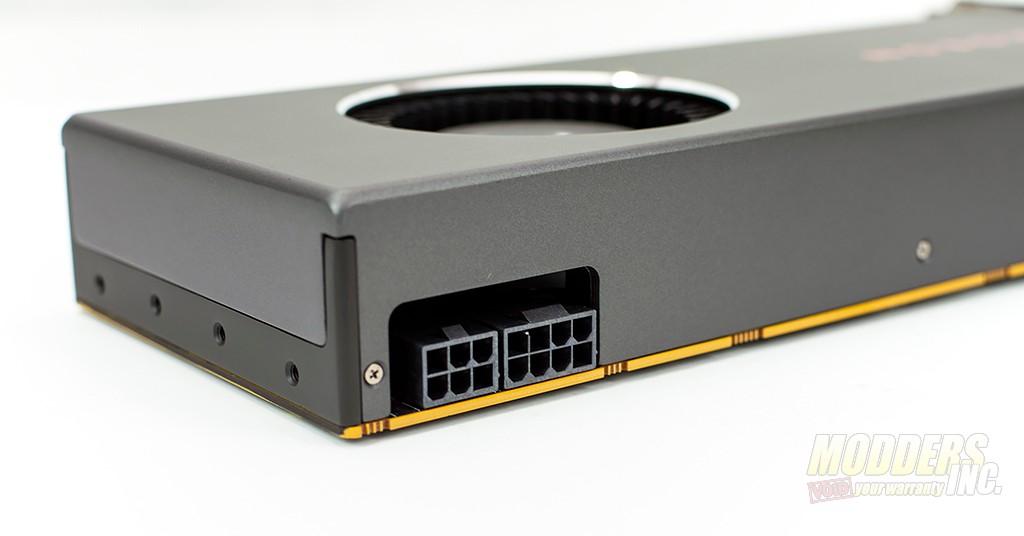 On to performance testing shall we?