There are many ways to benchmark GPUs. With these benchmarks our goal is to do two things: first to show the performance of the card and secondly to make them easy to replicate. With a similarly configured system, you should be able to get similar results to compare your current graphics card against. There will always be a variance from system to system. All games for this review are tested with the HIGHEST IN GAME  PRESET unless otherwise specified. A fresh build of 1903 and all drivers and games were installed between the AMD and Nvidia tests. No changes were made from the defaults in the BIOS and the Windows 10 operating system.

Where are the Vega results you ask? Well, I’m glad you did. Unfortunately, I did not have a Vega GPU to test with until the Friday before launch. I will be adding the Vega results to the charts below in the next few days. 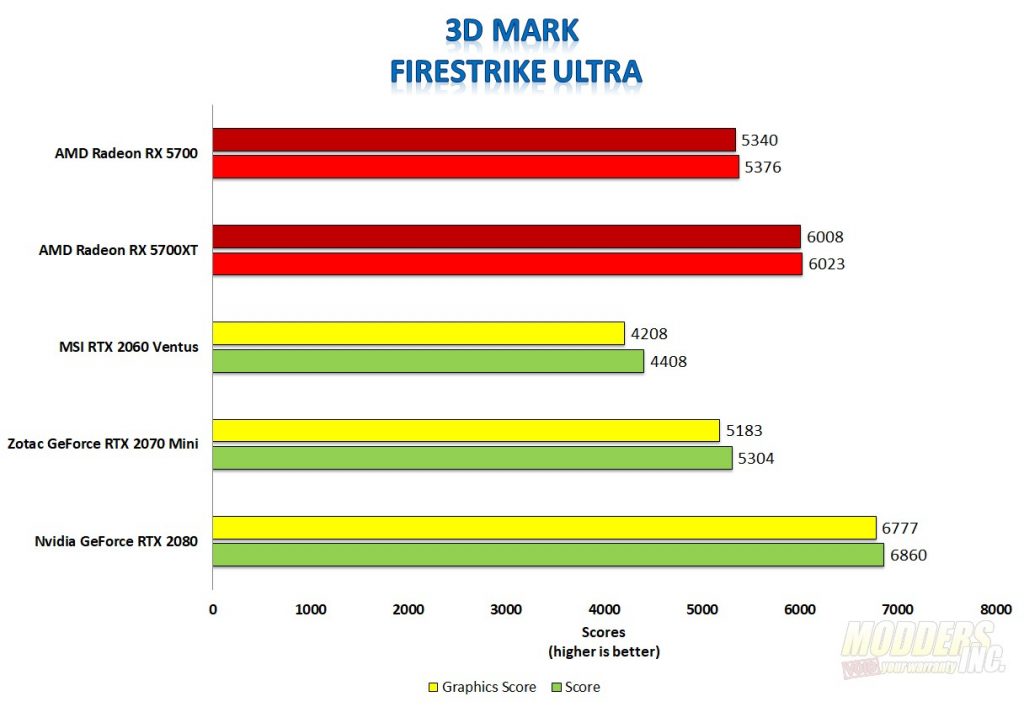 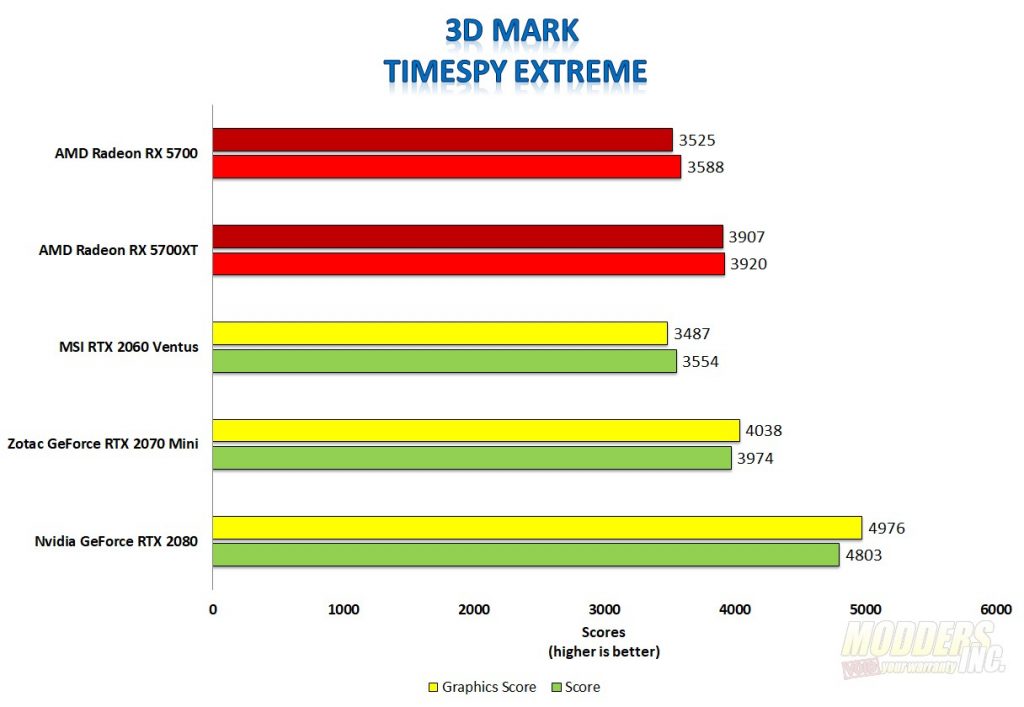 Timespy Extreme stresses the systems a bit more and the scores aren’t quite as close as in Firestrike Ultra. While both cards do surpass the MSI RTX 2060 Ventus, neither card quite measures up to the RTX 2070. The Radeon RX 5700 scores 3525 in the graphics category and 3588 overall. The Radeon RX5700XT creeps up on the RTX2070 with a graphics score of 3907 and an overall score of 3920. 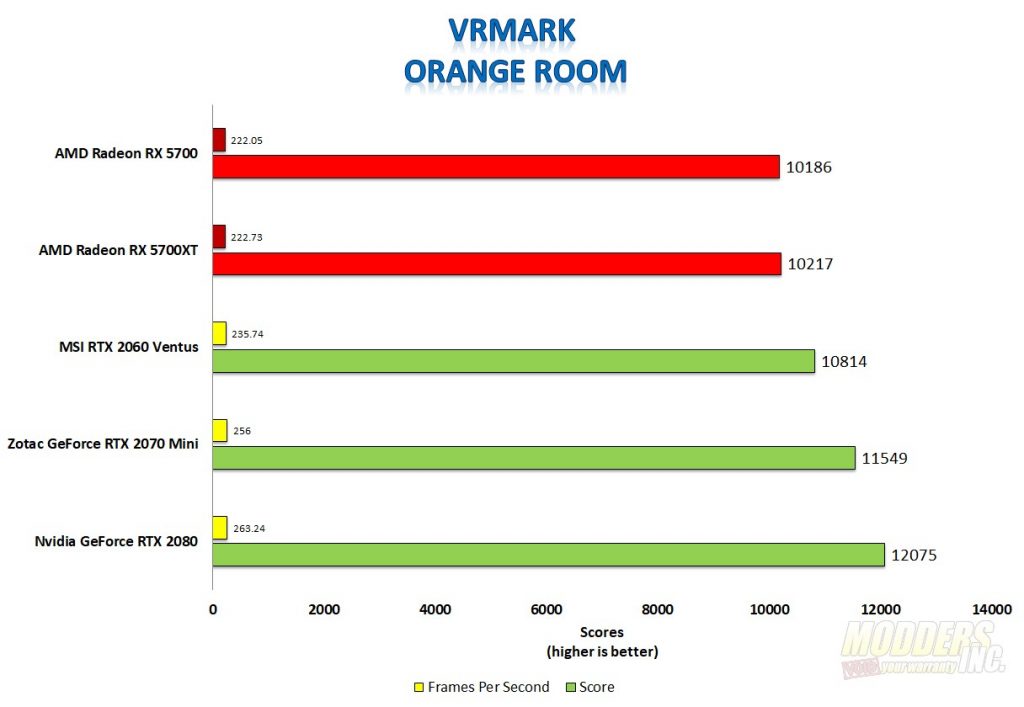 The two Radon cards don’t beat any of the RTX cards in this test. As a matter of fact, they are extremely close to each other in score. I ran this test multiple times to ensure that it wasn’t a mistake I was making but the results yielded the same. The results above are from the last test I ran. The Radeon RX5700 averaged 222.05 frames per second in the test with an overall score of 10186 and the RX 5700XT averaged 222.73 frames per second with an overall score of 10217. 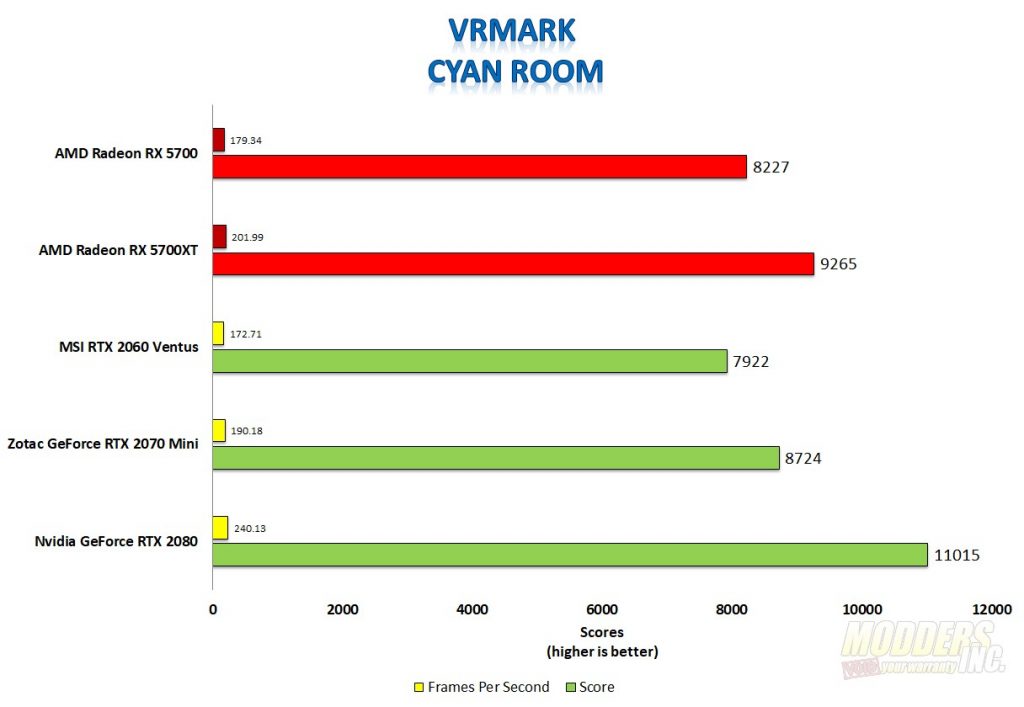 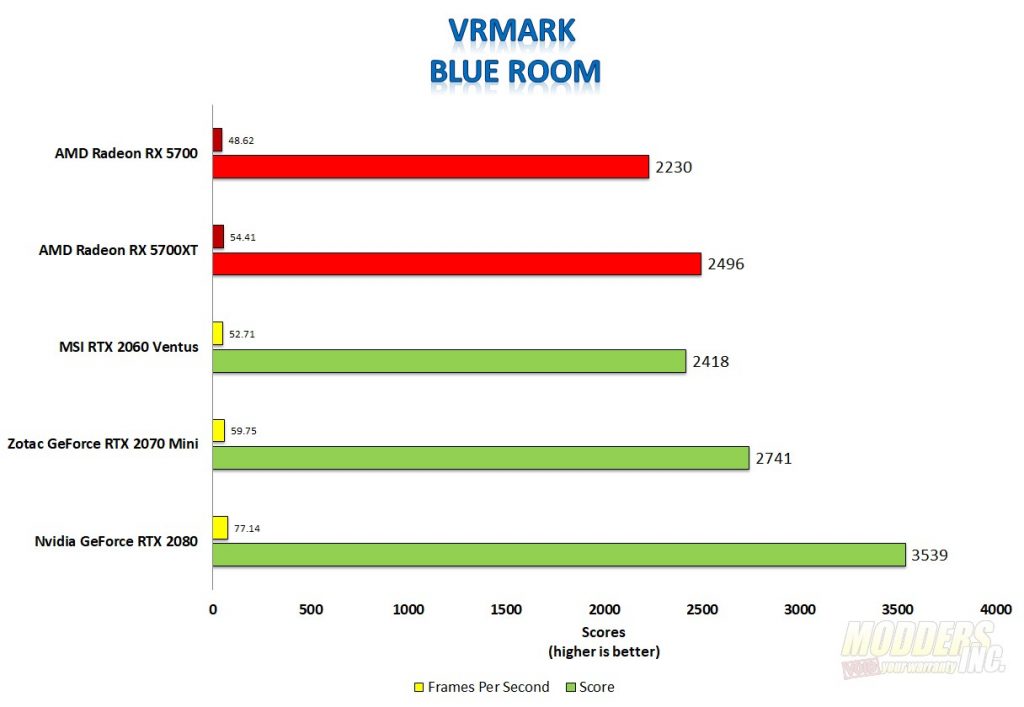 Blue Room is the future looking VR benchmark and really stresses the GPUs and the RTX cards prevail in this test. The Radeon RX5700 averages 48.62 frames per second with a final score of 2230. The RX5700XT test yielded a framerate of 54.41 and a score of 2496.

The results of Superposition show that the RX5700 comes very close to the performance of the RTX 2060 in both tests. The RX5700XT, on the other hand, is able to meet the RTX 2070.