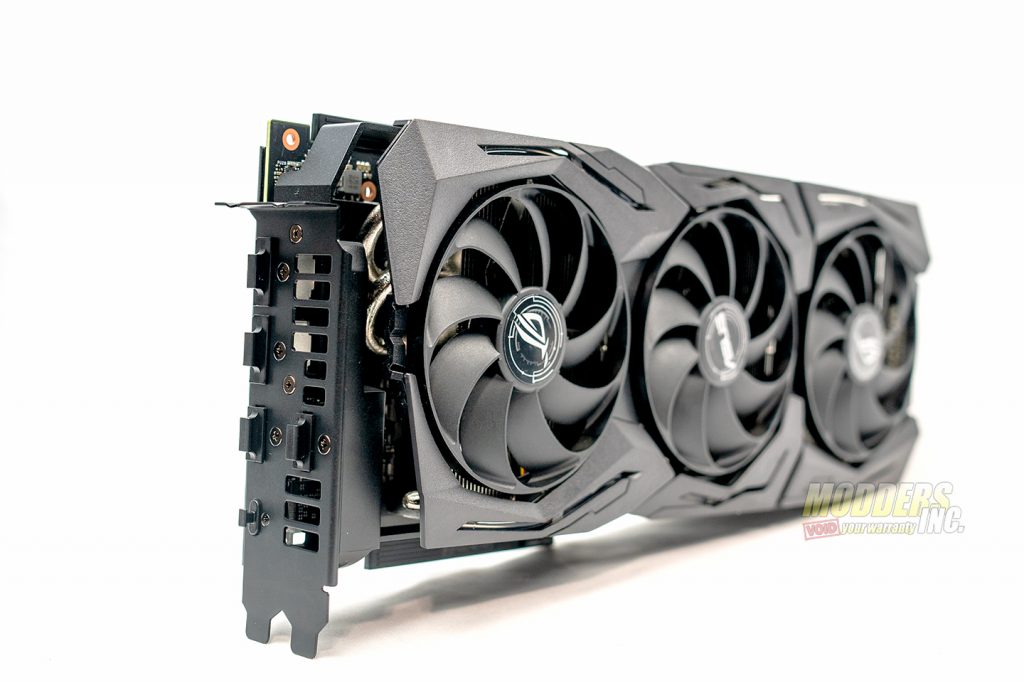 All testing was done with both the CPU and GPU at their stock settings. For the I7 9700k, it was left at its stock speed of 3.6 GHz. Although the base clock is 3.6 GHz, the I7-9700k can boost up to 4.9 GHz. In the case of our I7-9700k, it boosts between 4.7 GHz and 4.9 GHz. Usually, the I7-9700k used in this review runs at a consistent 4.7 GHz. Ambient temperature is kept as close to 20°c (68°f) as possible. When the system was first turned on, it sat idles for about 30 minutes or so before any benchmarks were run, or results recorded. We waited in between each benchmark no less than 30 minutes to give the system time to cool down a bit. Being an open-air system, it does cool down pretty quickly. The I7-9700k used in this review is water-cooled on a custom loop and the GPU used its stock air cooler. The block is the EK Velocity water block. There is a single 360 x 60 mm EK radiator in the loop and a 270 ml reservoir and a D5 pump.

We do our best to keep our games up to date. So, we recently expanded our in-game testing by added more and newer titles to our suite of games we test. We have also started testing games in other APIs, such as Vulcan, whenever possible. Each game is tested in three resolutions. These resolutions are 1080p, 1440p and 4k. The benchmarks are run three times and each run is three minutes long. The final result is the average of the three runs. Games are played on a 27″ LG 4k 60 Hz monitor.

For synthetic benchmarks, we used the following: 3DMARK Time Spy Extreme, 3DMARK Firestrike Ultra, VRMARK Orange Room, VRMARK Cyan Room, VRMARK Blue Room, and Unigine Superposition. In Superposition, we ran the 4k Optimized and 8K Optimized tests. As we very recently switched out the list of games we test, and we have yet to retest all of our old cards, we have included results for the ROG Strix RTX 2080 Ti on both the I9 9900k and the I7 9700k. However, the I7 9700k is the processor used on our standard testbench. As for the games we test, they are listed as follows. 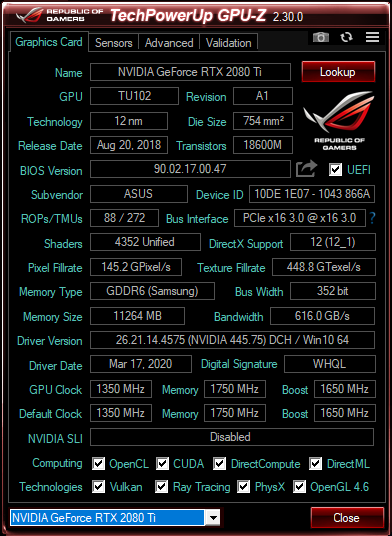