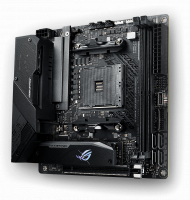 Up until very recently, if you wanted the latest and greatest motherboard for an AMD CPU you were forced to buy a motherboard with an X570 chipset, that is until AMD released the B550 to the masses. Asus has some of the largest selection of motherboards and we have the minuscule ASUS ROG Strix B550-I motherboard on the test bench. The ROG Strix B550-I is a mini ITX motherboard which is great for small builds.  Over the last few generations, ITX boards have been able to meet the performance of their full-size counterparts and the Strix B550-I aims to keep this trend going. ITX motherboards do make some sacrifices for size. For example, you only get one PCIe slot and two vs. four memory slots.  As far as the chipset, the main difference between the X570 and B550 is the PCIe generation and the configuration. 1st off, the B550 uses PCIe 3.0 for the CPU to chipset link whereas the X570 uses PCIe 4.0. With the B550, you still get 16 lanes of PCIe Gen4 for graphics and one 4-lane PCIe 4.0 NVME slot and a ton of PCIe Gen3 lanes that the motherboard manufactures can arrange how they see fit. Also with the B550, you gain the support for dual GPUs which is something the B450 lacked. Overall, the B550 should be cheaper than the X570 boards. While there are trade-offs in I/O and the bells and whistles available on the board, is there a trade-off for performance as well? From what I know from the reviews of the X570 and B450 boards, performance differences should be minimal. I can understand AMD not wanting to give everything away on the B550 as far as available features because why would you buy an X570 board? However, I can’t see AMD penalizing you for buying a less expensive board to pair with their latest and greatest CPU. To me, that just doesn’t make sense.

The box features the ROG (Republic Of Gamers) logo dressed in RGB neon colors behind the graphic of the front side of the motherboard on the front of the box. Clearly, you can see what chipset and what CPU generation this motherboard is for. On the back of the box, Asus goes into a lot more detail on some of the specifications such as I/O, SATA port count, as well as some of the features of the Strix B550-I 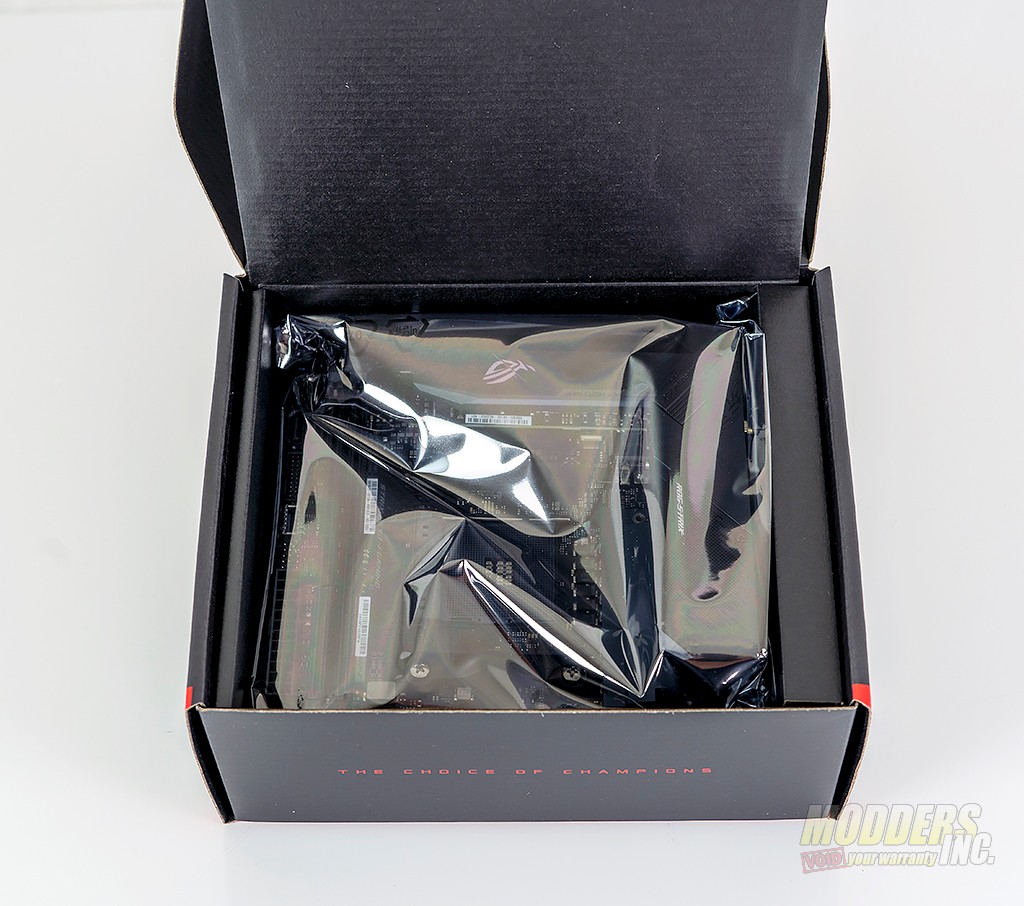 The accessory bundle for the Strix B550-I includes a rear I/O shield, SATA cables, zip ties, a USB c to 3.5mm headphone jack, an M.2 bracket, and screws, and Wifi antenna. Also included are a sticker sheet, thank you card, manual, and a DVD. Honestly, I’d rather see USB drives included for drivers rather than DVDs. Not many people that I know still have an optical drive in their PC.