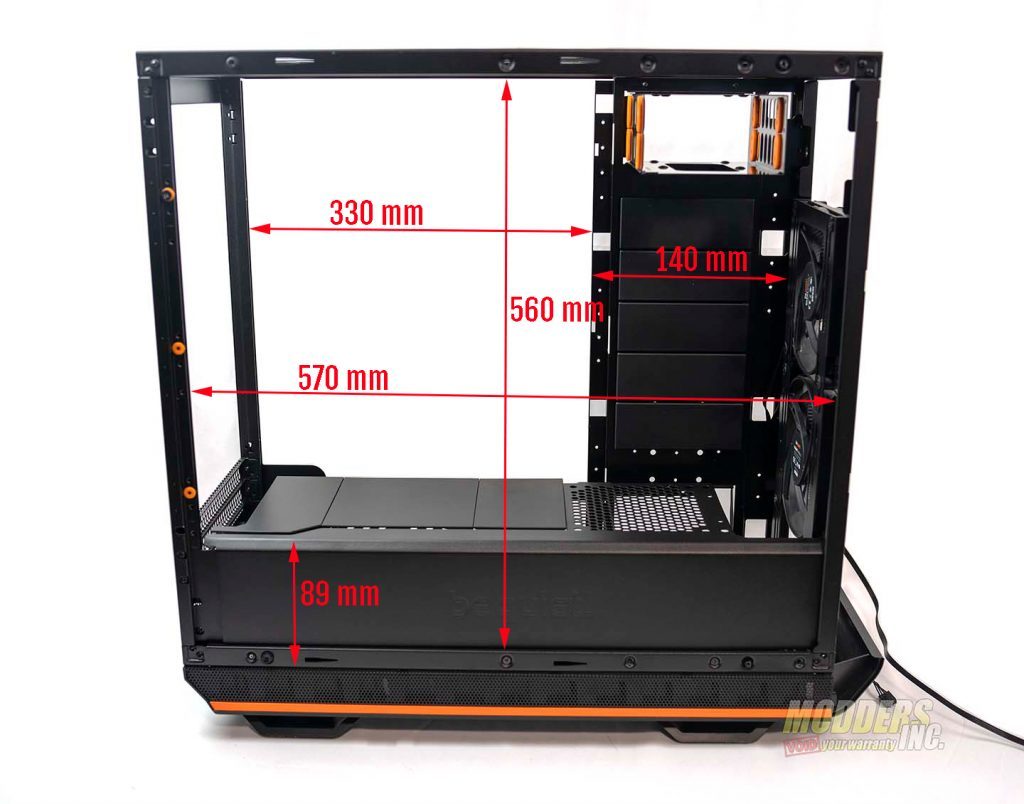 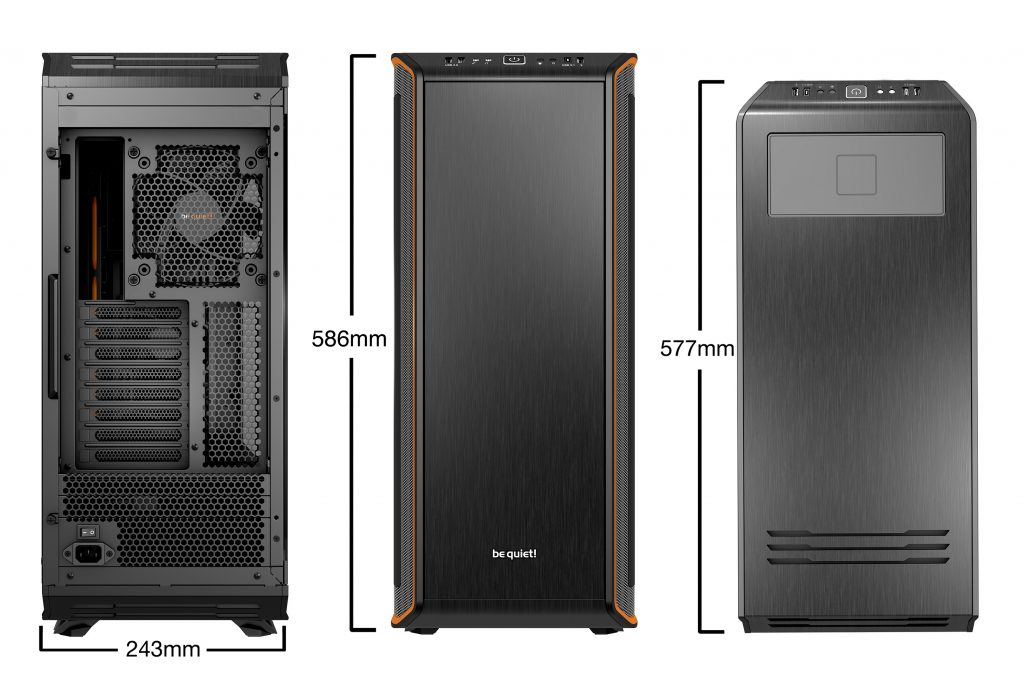 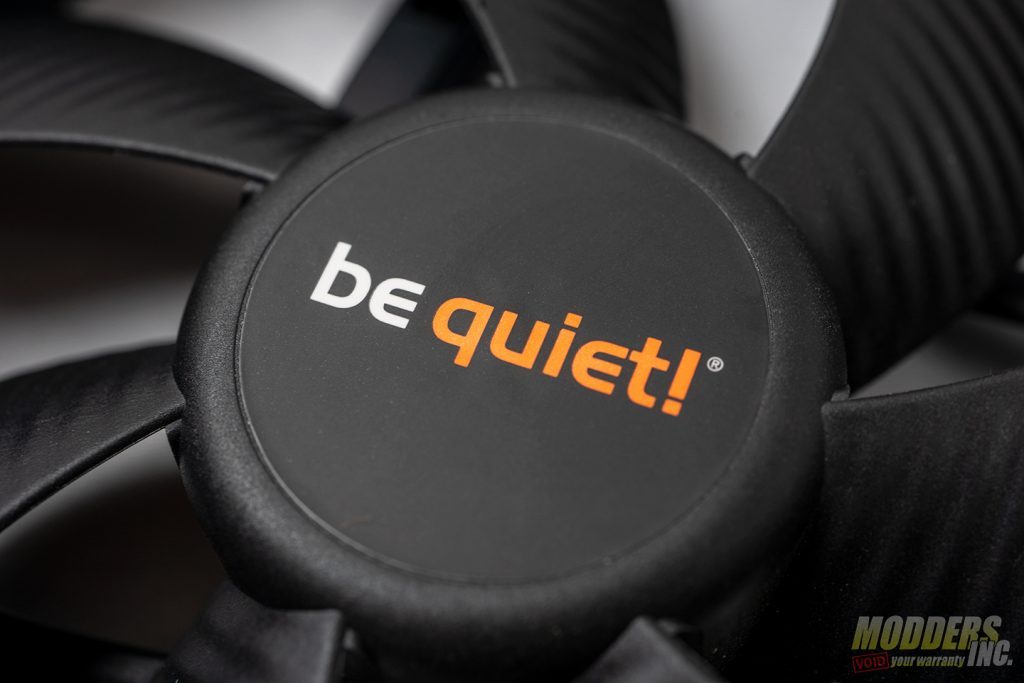 The next step was to install the Straight Power 11 1000 watt power supply that BE Quiet kindly provided for this build. There is a power supply bracket that has four slotted holes cut into it. This allows you to attach the bracket to your power supply and simply snap it in place. Just make sure your power switch is in the on position before installing the PSU, and that the pigtail extension is plugged in. Once the power supply is locked in place, it’s rather difficult to access the plug and power switch. 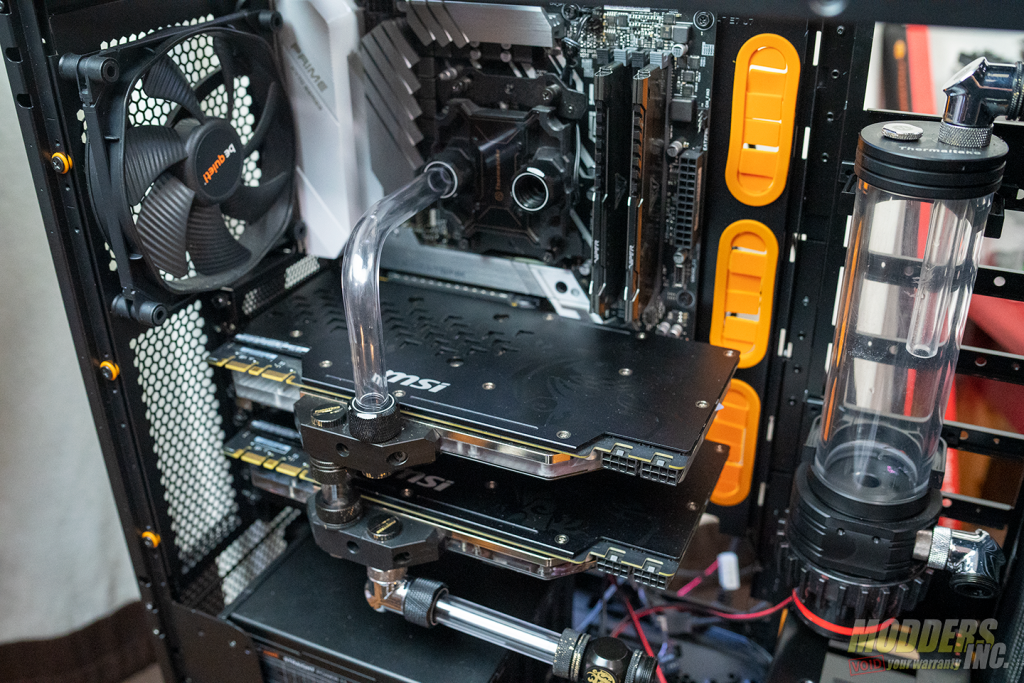 The first step was the easiest. Attaching the pump and reservoir combo to what ended up being the first of two 360 mm radiators.  However, there are multiple options for radiators in the Dark Base Pro 900 rev. 2. These options are as follows.

With the power supply shroud removed, there was plenty of room in the basement of the Dark Base Pro 900 rev. 2. So much room we were able to add a drain near the bottom of the case. This drain came in very handy as the first board used was dead and the loop was drained no less than 5 times trying to troubleshoot the system.

With all the tubes bent, it was time to pressure test the system and it held pressure for well over 30 minutes. Then, we decided that although a single 360 mm radiator should be enough to cool the system, we should add another radiator. So, the system was drained and pulled apart. 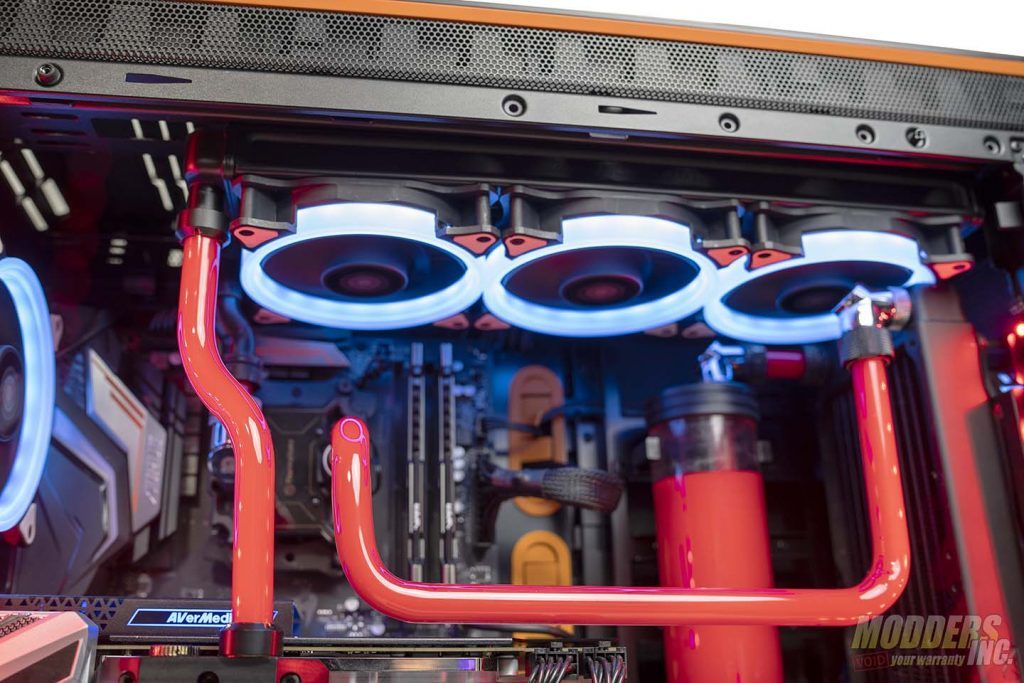 Once the second radiator was installed, we slapped the MSI high bandwidth SLI bridge, pressure tested again and now its time to boot the system up. We also installed the included RGB LED strips on either side of the case. 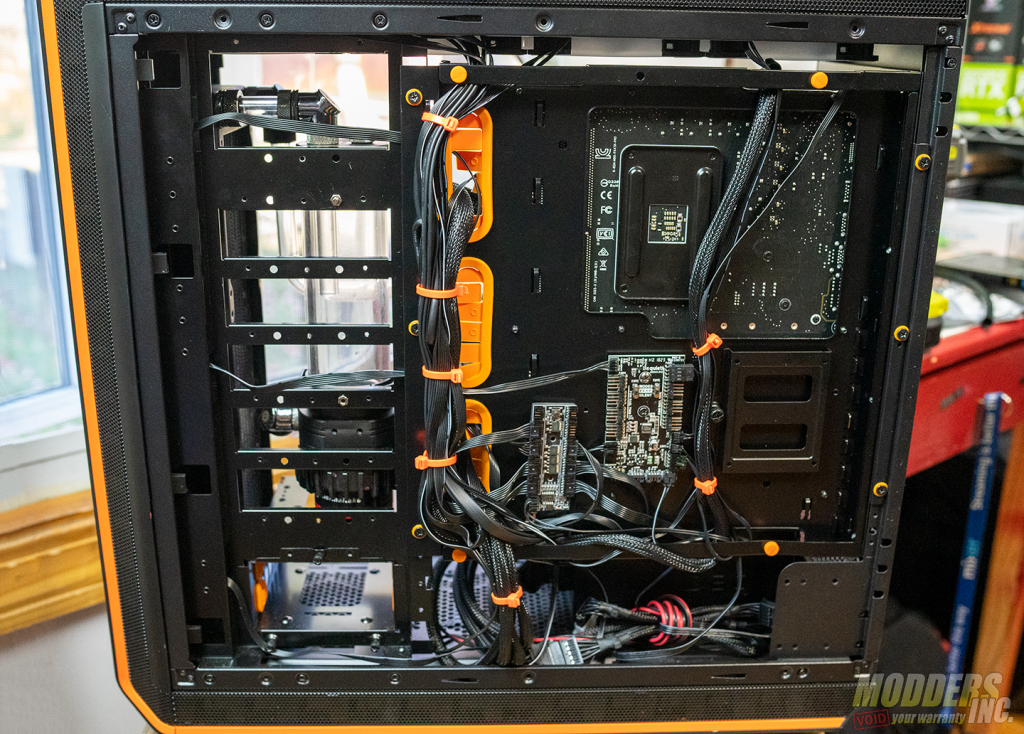 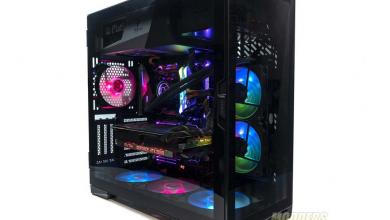 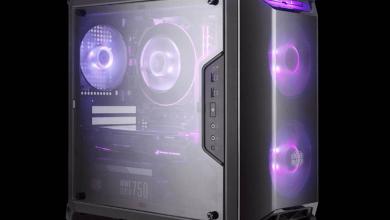 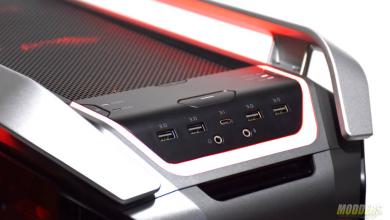 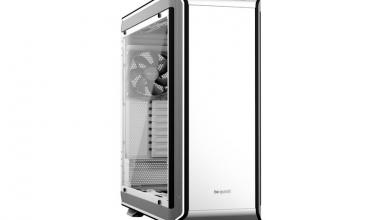