« Introduction and Specifications | An Inside Look at the DLX21 »

A Closer Look at the darkFlash DLX21

Looking around the outside of the case, it becomes immediately apparent that many of the good features of the darkFlash V22 carry over to the darkFlash DLX21 as well.  All of the white parts of the case are color matched well, the side panels are mounted with the same style of take apart hinges, and two telltale fabric loops show that the side panels are fastened magnetically along their leading edges.  One of the side panels is lightly tinted tempered glass with a black border, and the other is a plain steel panel with a hexagonal vent pattern cut into it for a side mounted 120mm or 240mm radiator to breathe through.  The front panel is made of steel mesh, with an irregular angular pattern pressed into it.  A black plastic frame outlines the front panel and holds it to the case. 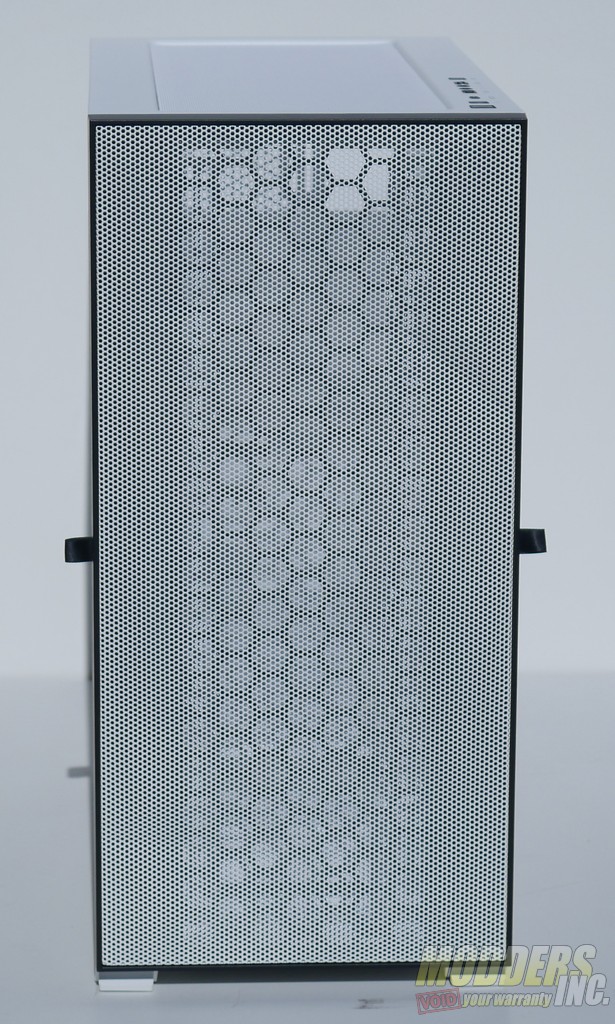 The back panel of the DLX21 is a fairly standard affair, with the exception of the expansion slots.  With vertical GPU brackets becoming more popular recently, darkFlash has opted to remove the crossbars that most cases have between their expansion slots to allow for an optional vertical GPU bracket to be installed without modifying the case.  They offer this bracket as an optional accessory for the DLX21. 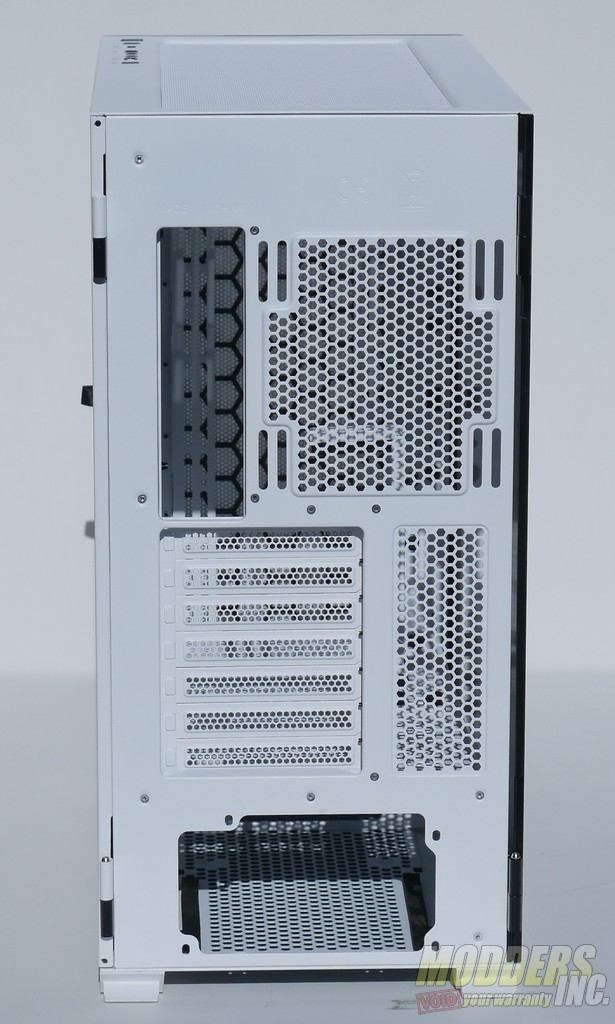 The top of the case features a large magnetic dust filter to keep debris from falling into the case, and the front I/O is neatly arranged along the right edge of the panel.  This isn’t necessarily the most convenient place for the front I/O, but it’s easy to see why darkFlash decided to put it there.  The DLX21’s front I/O is quite extensive, and placing it on the right edge of the panel makes controlling cable clutter easier. 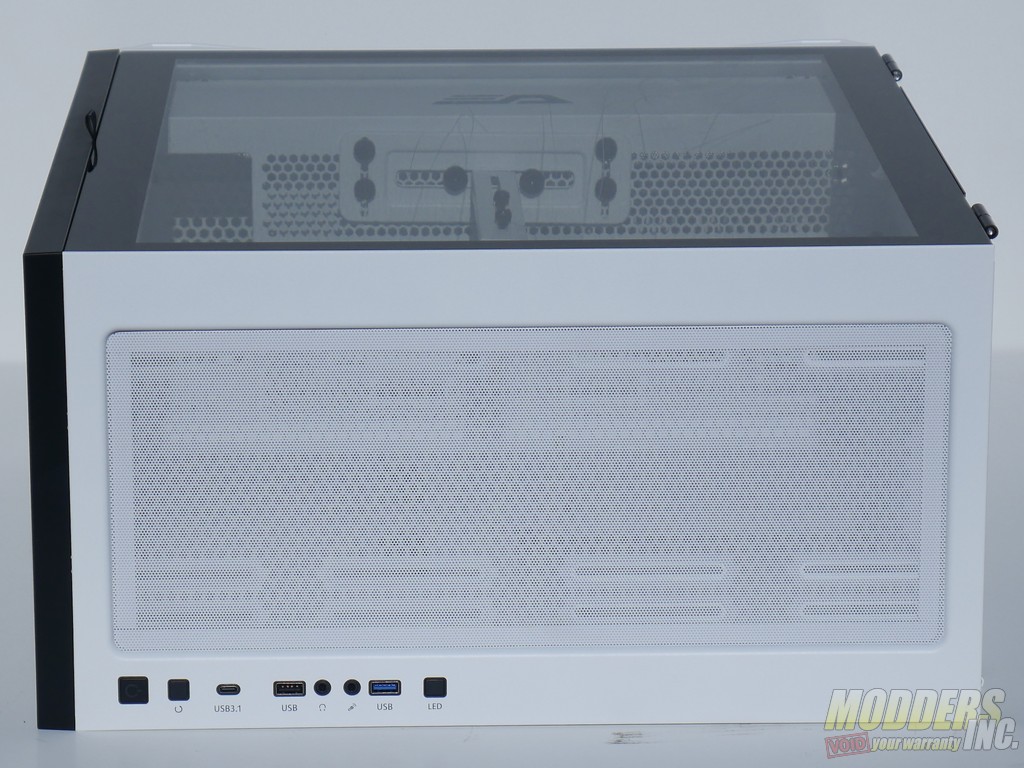 The front I/O ports themselves are worth going over in a bit more depth because the DLX21 has a rather unique set of front I/O.  There are the usual power and reset switches, as well as headphone and microphone ports, but things get interesting with the USB selection.  The case only has three USB ports, but every one of them is different.  There’s the venerable USB 2.0 type A port, the now-ubiquitous USB 3.0 type A port, and the new USB 3.1 type C port which has been growing in popularity recently.  The choice to have one USB 2.0 port and one USB 3.0 port is certainly an odd one, but it guarantees compatibility with basically any hardware from the past decade.  Still, I would have rather had more USB 3.0 ports, since the extra speed is useful when transferring files over USB and the DLX doesn’t offer convenient access to the motherboard’s rear I/O, unlike the V22.  The final part of the DLX21’s front I/O is an LED button.  This is an unusual inclusion for a case with no built-in RGB, but it’s actually fairly sensible.  Some of the LED controllers currently on the market require a dedicated button for control, which usually requires repurposing the reset switch.  The DLX21’s dedicated LED switch allows the use of the reset switch as normal with an LED controller installed.  There are versions of the DLX21 that include an RGB controller, but they are not sold in the North American market as of the publication of this review. 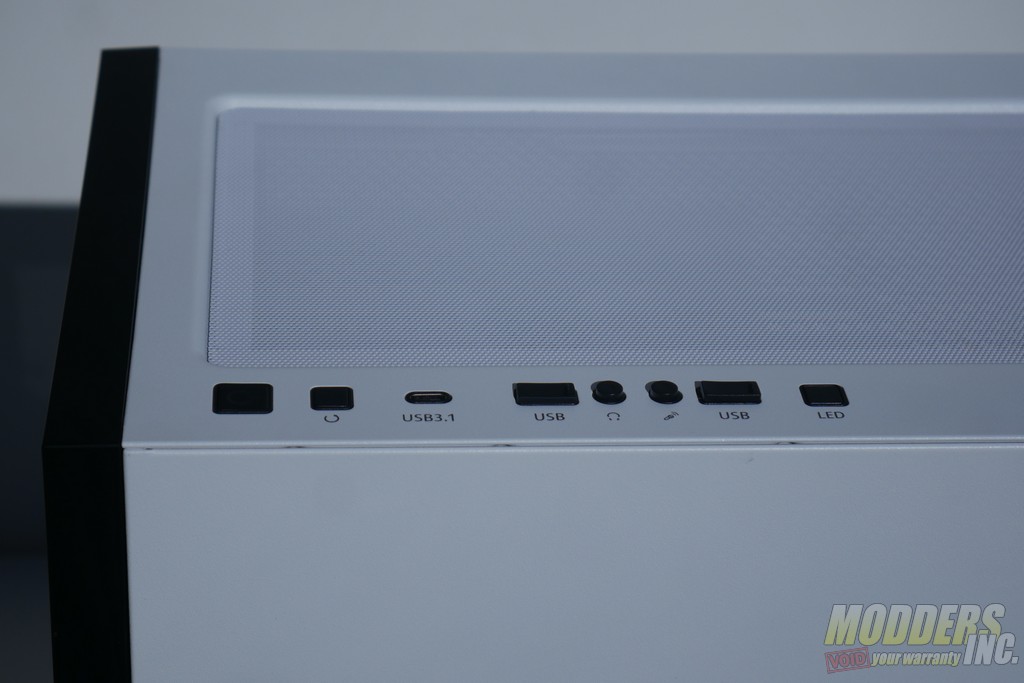 The bottom of the DLX21 is covered end to end by a basic dust filter that is held in place by tabs on the bottom of the case.  While it should be effective at keeping dust out of the case, the outdated mounting system makes cleaning the filter more difficult than it would be with a slide out filter.  Above the filter is a span of large hexagonal mesh and mounting points for the front drive cage, as well as for two optional bottom mounted fans.  On either side of the dust filter, there is a pattern cut into the bottom panel that suggests the option to mount some things between the feet of the case, but there is no indication currently of what those things may be. 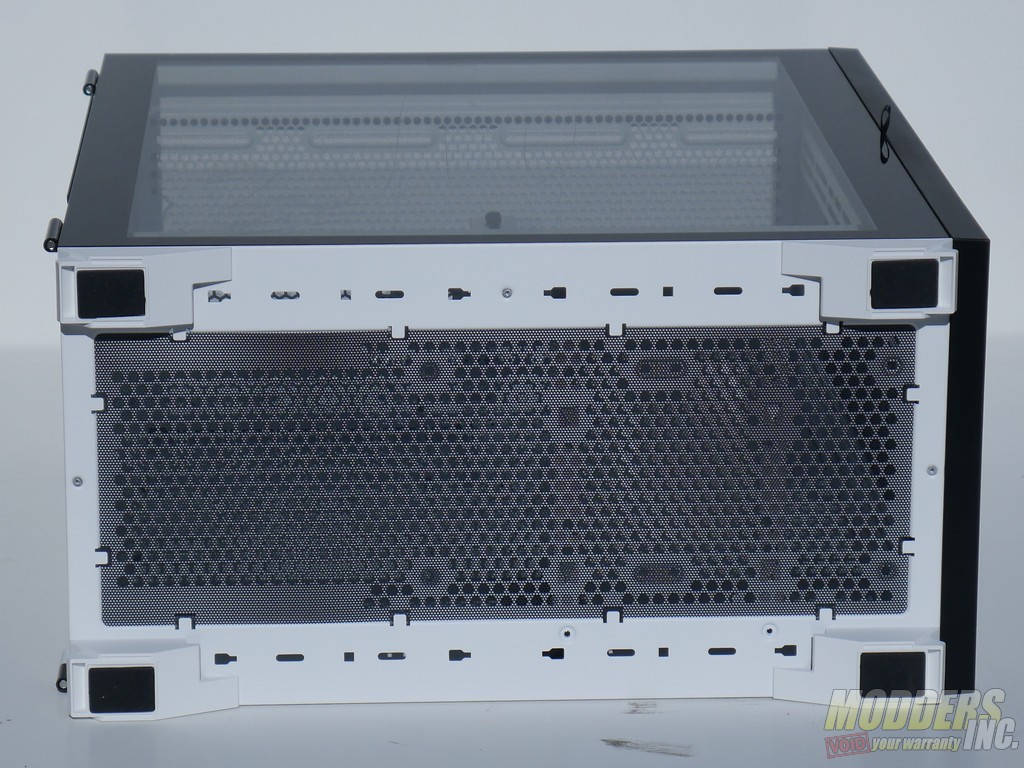 « Introduction and Specifications | An Inside Look at the DLX21 »