I’ll start by saying that first and foremost, I prefer custom water cooling. So, my opinion is a bit bias. There are many AIO coolers in the market. Most of which perform similarly. For the most part, aesthetics will hold a large part in the decision making process. Personally, I love how the Liqtech II looks. I’ve said on several occasions that I am not a fan of RGB lighting. Although, it has started to grow on me when it is done right. I feel Enermax did the RGB lighting very well on the Liqtech II 360. I like the Aurabelt waterblock. The RGB lighting is subtle, and not overdone. That being said, I do think the Liqtech II could have benefited from using some kind of RGB fans on the Liqtech II. I know I just said I don’t care for RGB lighting. However, when the pump has RGB lighting, most would assume the fans would as well. Given the static pressure fans packed with the Liqtech II did a relatively good job, even if they did get a bit loud at times. 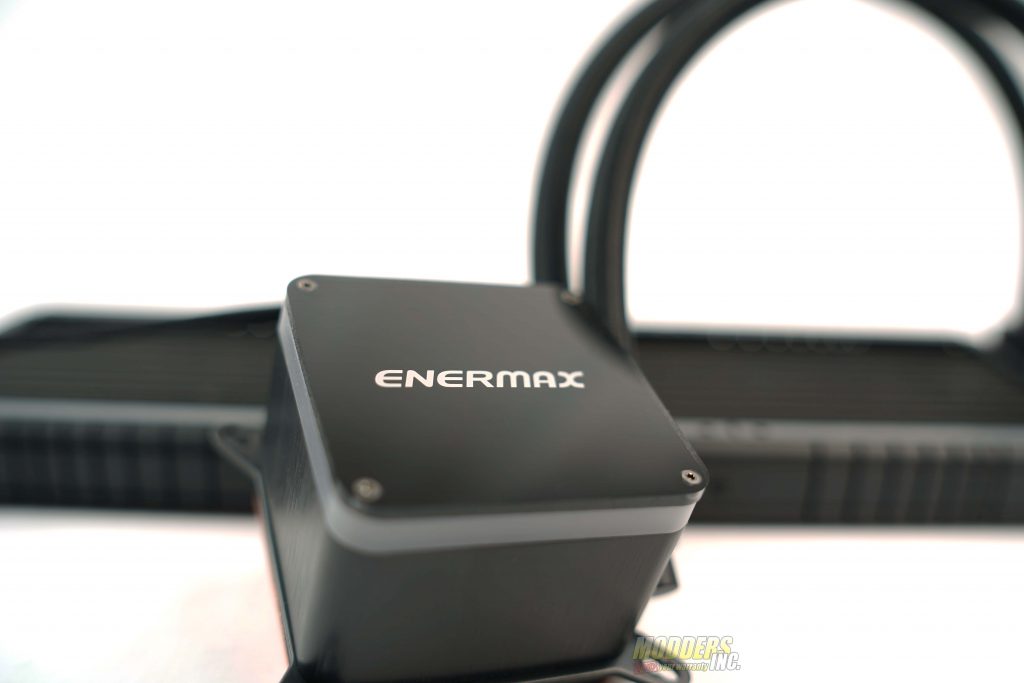 The performance overall was pretty good with the Liqtech II 360. At times, the temps did seem a bit high. However, increasing the pump and fans speed rectified that. That being said, the system did get a bit loud when the fan speeds were increased. I will say again and can’t stress enough that I was using an open-air test bench. So, in a closed system, the Liqtech II 360 will be quieter. The temperature on the AIDA64 CPU stress test of 58°c wasn’t bad at all. Although the FPU stress test in AIDA64 did result in the 8700k throttling, it was after more than 10 minutes and the FPU stress test was able to get through the 15 minutes we were aiming for. While gaming the temperatures were about average for an AIO cooler. The results were nothing spectacular, but they weren’t causing performance issues and CPU throttling by any means. Enermax is advertising the Liqtech II 360 to have a TPD of 500 watts. But, it had trouble with the 8700k, with a slight overclock. The 8700k is a 95-watt processor. So I’m not sure how well it would do on a processor with say a 140 watt TDP.