I intentionally chose a bit of a complicated build for this case. I did a similar build in the Define 7, although I used soft tube and a reservoir. Building in the case was a breeze. The ability to remove 3/4 of the top of the case really opens up the Meshify 2 and makes it really easy to build in. One of the toughest spots for me to reach is the 8-pin power connectors. A combination of motherboard heatsinks and the case top along with larger hands tends to make this connection hard to reach. While the connector is still covered by the other 1/4 of the case, the extra space allows me to reach in and get even closer and plug/unplug the connector with little to no trouble.

The build quality of the Meshify 2 is top-notch. While the back panel does have some flex to it as do most cases, the frame of the case is solid. It was solid with the case stripped all the way down. All the edges are rolled or formed in such a manner to not snag cables or fingers. I Found myself leaning and putting quite a bit of pressure on one part of the case or another when I was installing the hardware and nothing moved or bent. 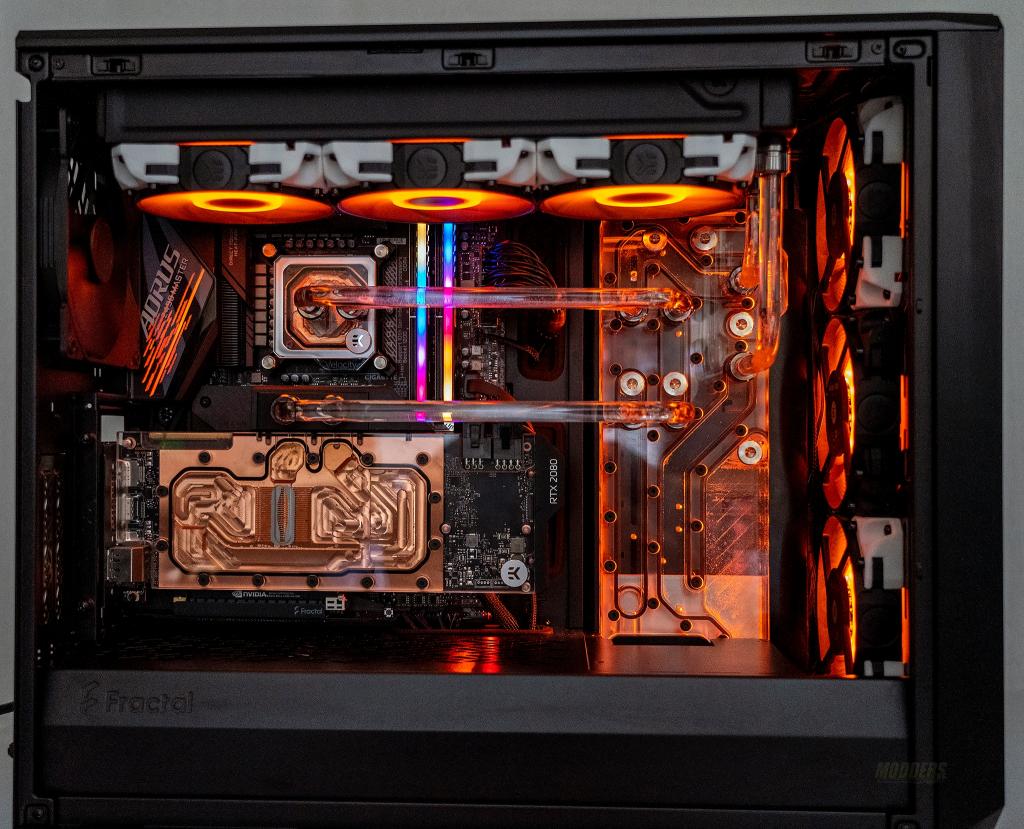 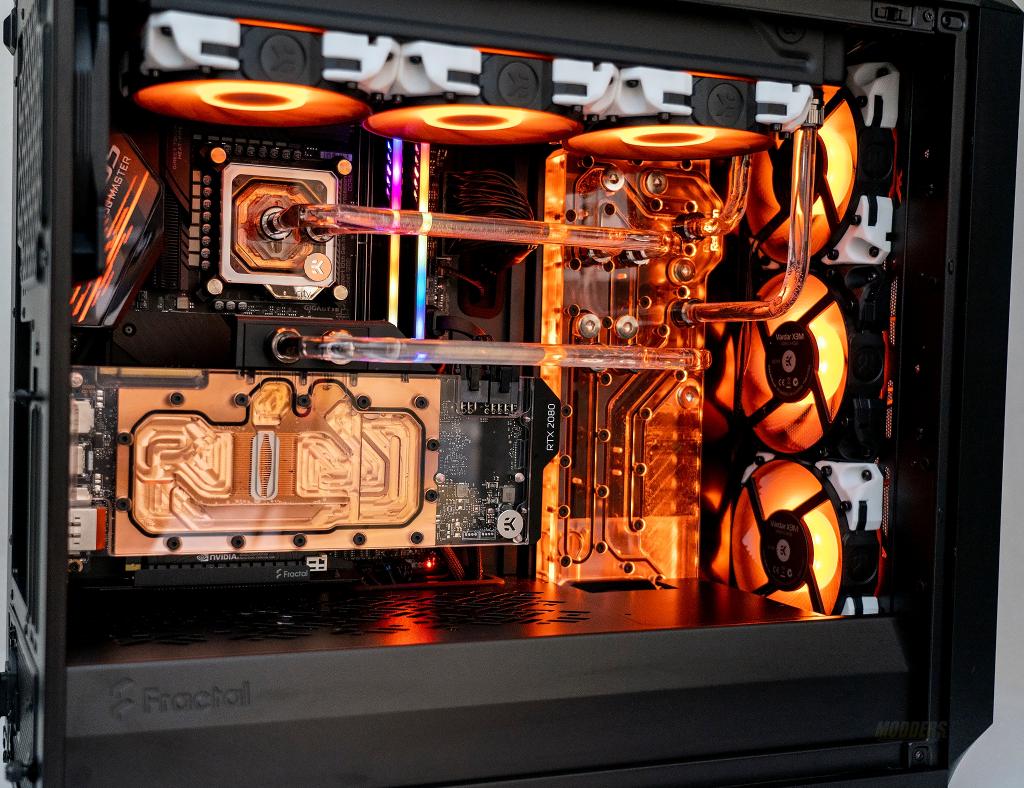 The grommets allowed me to run cables exactly how I wanted. Fractal provided enough length of cables to the front I/O panel that I could route them a few different ways. I chose to run up from the power supply shroud. The case layout allowed me to hide a lot of the cables and the build turned out super clean. The modified front insert maintains a nice clean look that finishes just in front of the front fans.

As far as performance, I used a single EKWB 360 PE radiator to cool both the CPU and GPU. For testing, I ran an hour-long session of Far Cry 5. The CPU temperature never exceeded 60°c and the GPU never exceeded 48°c. All the while, I had the fan profile set to normal in the Aorus BIOS. Every once in awhile I could hear the fans spin up but just barely. Cool and quiet is my goal when I put together a water-cooled build and I can achieve it in this case.

Price-wise, the Fractal Meshify 2 retails for $239 – $249 for the tempered glass versions and a little less for the non-tempered glass edition. I really liked the Meshify 2 case as far as building a system. However, I was less pleased with the aesthetics but it is a personal preference. I’m really not into cases with doors. While the Meshify 2 technically still has a door, I like the overall look of the case. I liked the original Meshify S2 case as my daily PC from the time I reviewed it until earlier in 2020. The Meshify 2 further improves on a fantastic case with the lessons learned from the Define 7. I couldn’t be happier about how the build turned out and the ease at which it went together. To be frank, this is one badass case.