My opinions of HyperX’s Pulsefire Dart mouse are a bit of a mixed bag.  On the one hand, it is comfortable, comes with a well thought out suite of software options, and has both wireless charging and impressive battery life.  On the other hand, there are some areas where the Dart is lacking the quality level that I would expect from a $100 mouse.

First, the positives.  I have been using the Dart as my main mouse since I received it, and it feels so similar to the Corsair M65 that I normally use that I can hardly tell the difference between them.  The satin finish is excellent and the mouse is neither too heavy or too light for my taste.  HyperX’s NGENUITY software offers some unique key binding options and I would love to see them make a MOBA style mouse that is compatible with the software.  The Dart’s battery life and power management mean that charging the mouse is rarely a concern.  If you plug it in or set it on a Qi charger when you leave the desk, you should rarely, if ever, have to worry about the battery. 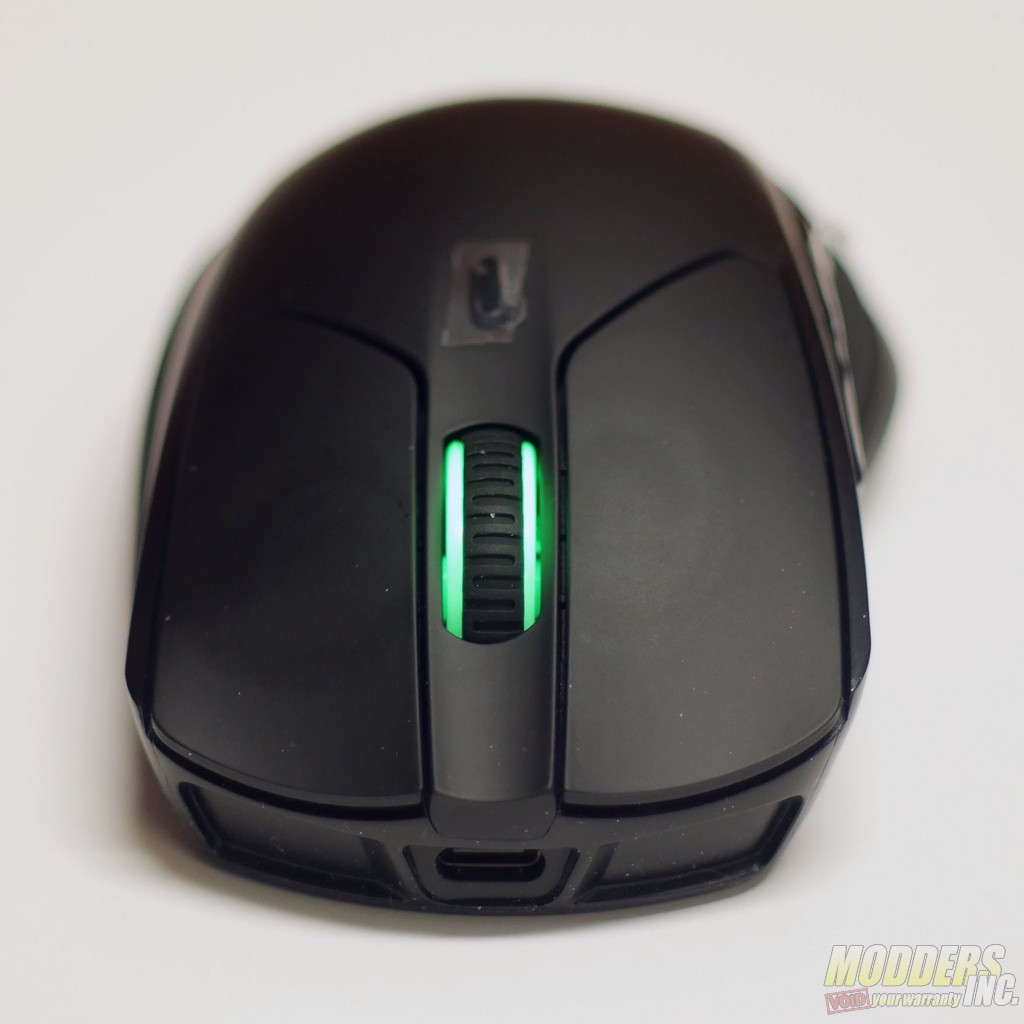 Now the downsides.  I was particularly disappointed by the scroll wheel rattle because it is an issue I would only expect to find on a very cheap mouse.  The Corsair M65 that I normally use costs a bit over half as much as the Dart and does not have any play in the scroll wheel at all.  Even the $20 Gamdias Demeter has a better scroll wheel feel.  The hard plastic sides of the mouse didn’t help my first impressions either, but they weren’t noticeable during actual use.  The issues I experienced with the software were a bigger issue.  While I like the software overall, I was so frustrated with having to get the software through the Windows Store and then having the mouse soft lock because of a firmware update that it took me over a week to really get over it.  It could be argued that I should have known to plug the mouse in before attempting to update the firmware, but it is a wireless mouse and not everyone who might buy this mouse will understand why updating firmware over a wireless connection might not work.  At the very least, the update dialog box should require the user to plug the mouse in before updating the firmware.  As a final note, while the software is labeled as a Beta version on the download page, it is displayed prominently in the marketing for the mouse without any indication of being unfinished.

So, is the HyperX Pulsefire Dart worth your money?  For anyone who doesn’t need a wireless mouse, the answer is a straight no.  There are wired mice that have a similar shape and feature set for less money.  However, if you need a wireless mouse that will reliably last for multiple days on a single charge, or if you want a wireless mouse with Qi charging, the Dart is a good option.  The Dart isn’t revolutionary, but it is solid and reliable, and I feel comfortable recommending it for those that have a use for the features that it offers.