Windows was set to High Performance in the power management settings in Windows.

Motherboard settings for the non-overclocked tests were reset to factory defaults and only the XMP for the G.Skill RAM was enabled. Everything else in the BIOS was left at the factory defaults for the stock tests.

All my test benches are fitted with a custom loop featuring an EKWB Coolstream PE 360 mm radiator, EKWB Vardar fans x3, EKWB Velocity waterblock for both Intel and AMD, as well as an EKWB XRES 140 REVO D5 filled with distilled water. The motherboard settings were left to their stock configurations.

Let the battle of the 6-core CPUs begin!

As you can see, the i5-10600k lags slightly behind the rest of the CPUs here. I wasn’t sure exactly why until a little later on in the testing process. When I run benchmarks, I run each test 3 times, then average the result together. 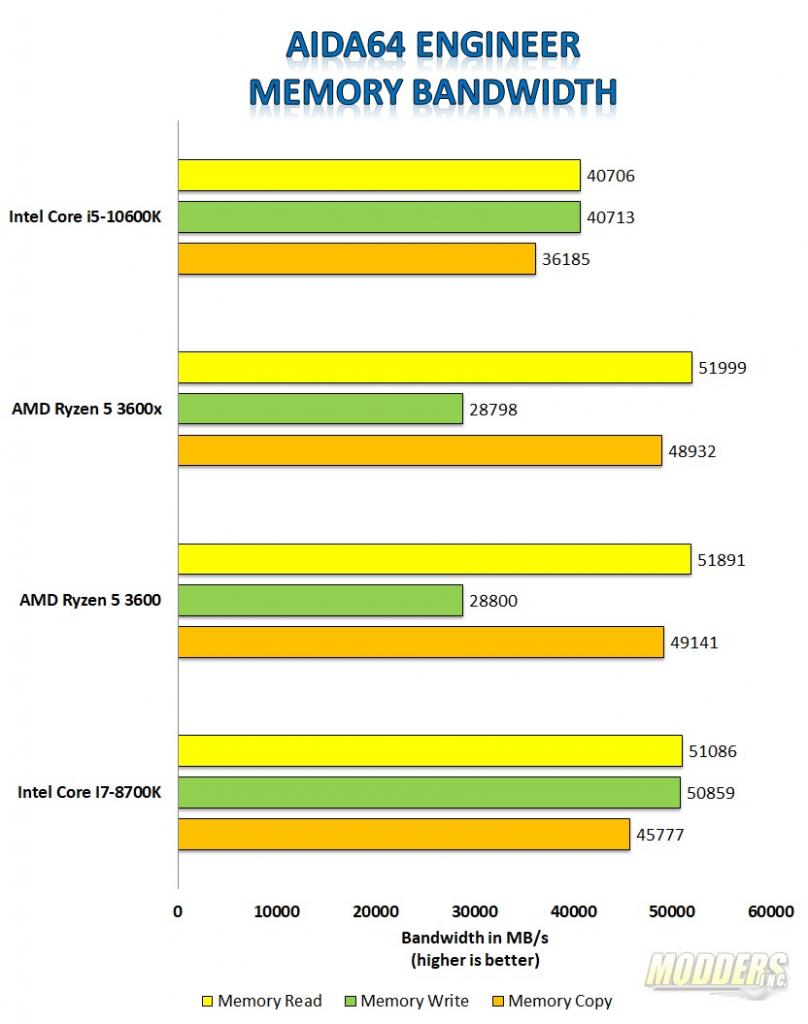 Here’s where I started to think the issue with performance between the CPU is caused. As you can see, the memory performance of the i5-10600 lags in the read and copy tests of all the CPUs even the older 8700k. The difference is not small either. When I first started putting the results together, I went back and re-tested. I also check to make sure I was in Dual Channel mode. Finally, I tested the memory on another test bench and the memory results on that PC were as expected. 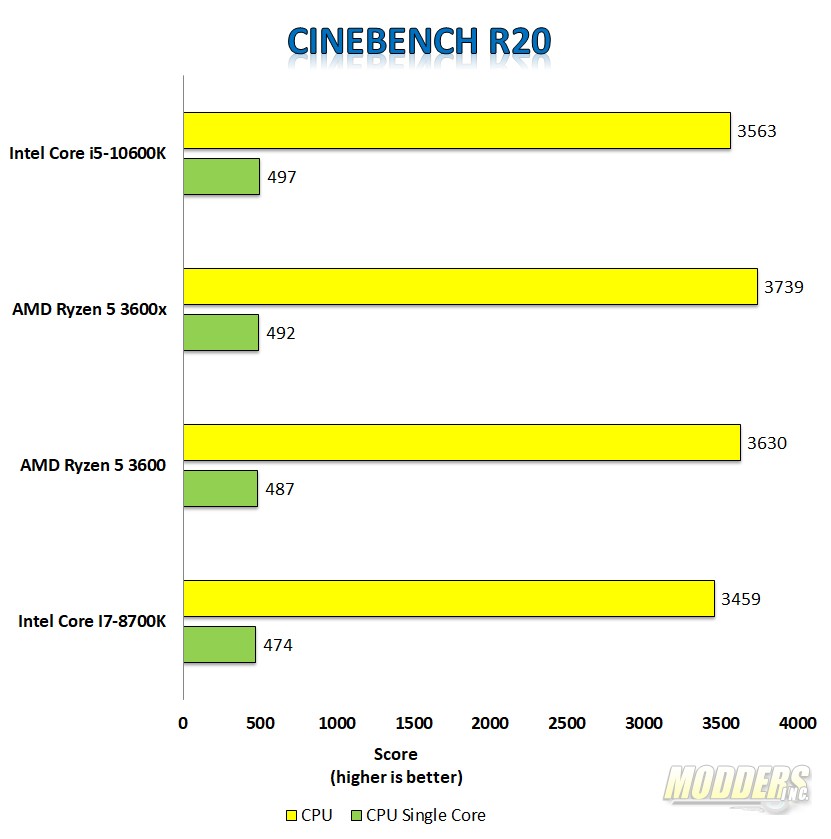 In Cinebench, the Core i5-10600k performs well against the other 6-core CPUs. The multi-core test shows it lagging ever so slightly behind the AMD CPUs and pretty much on equal footing with the older 8700k. 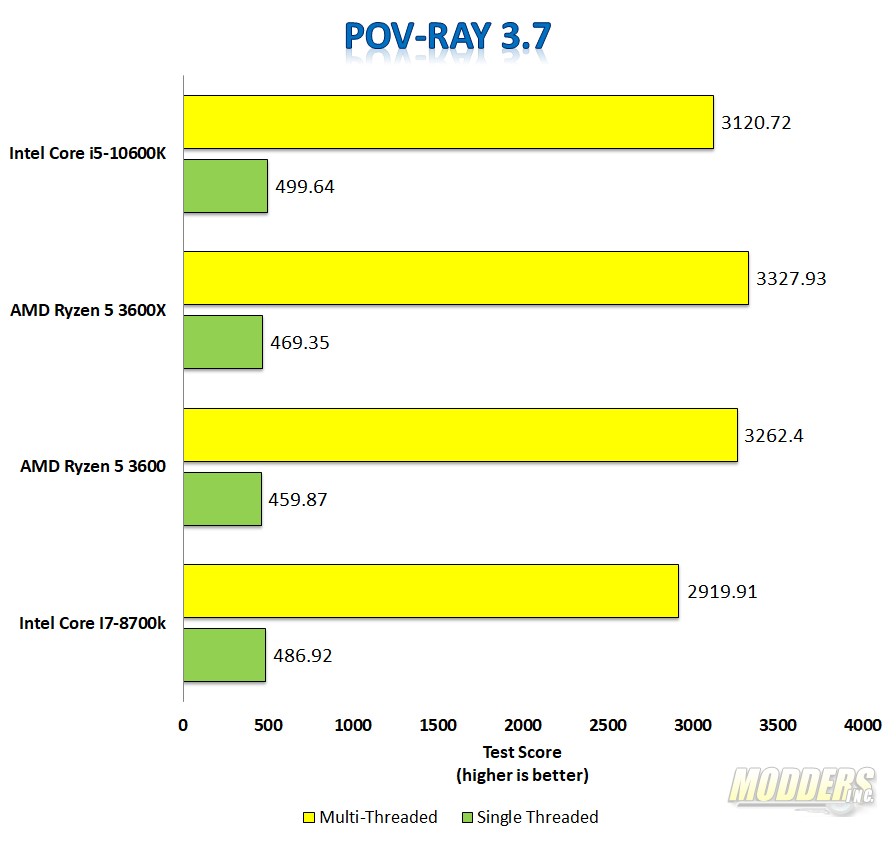 POV-Ray shows that AMD is slightly better when it comes to multi-core rendering whereas Intel’s i5-10600k edges out the rest in the single-core test.