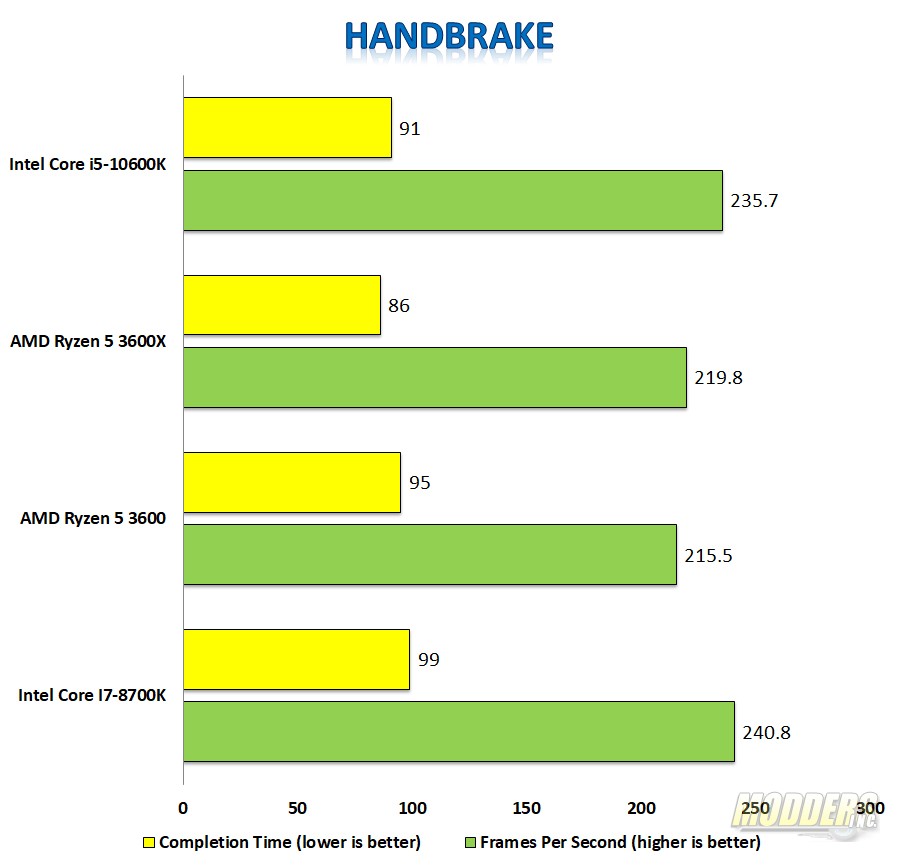 The 7-zip benchmark shows a rating in MIPS (million instructions per second). The rating value is calculated from the measured speed, and it is normalized with the results of Intel Core 2 CPU with multi-threading option switched off. So, if you have a modern CPU from Intel or AMD, rating values in single-thread mode must be close to real CPU frequency. There are two tests, compression with LZMA method and decompression with LZMA method. Once the total passes reach 100, the score is taken. 7-Zip gives the resulting score for decompressing, compressing, and an overall score. 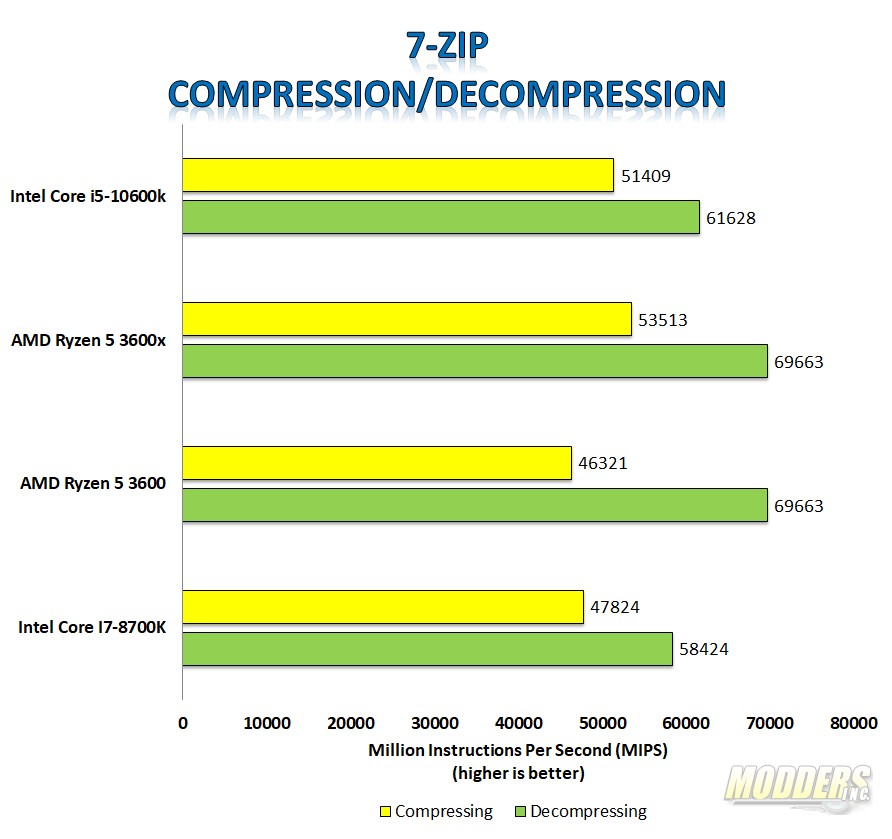 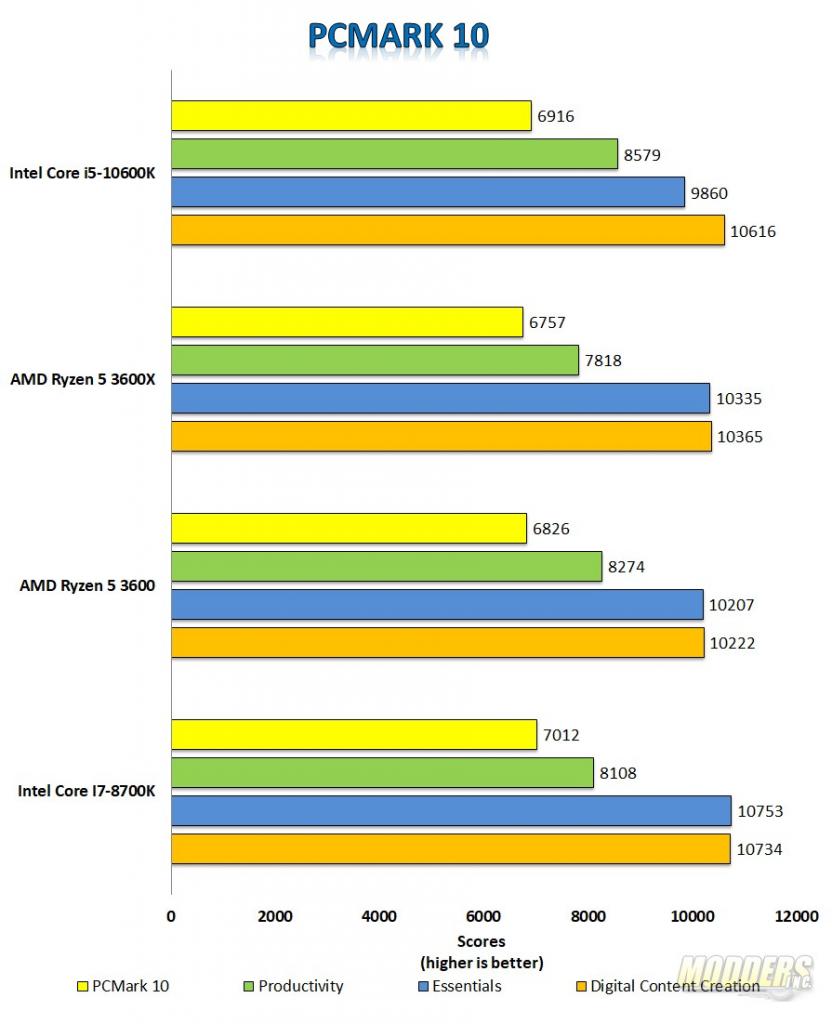 How much closer can you get? All the tested systems are extremely close together. The individual tests swap back and forth as far as lead goes between the Intel i5-10600k and the AMD Ryzen 5 3600x.

Firestrike and Timespy are a battle between the CPUs. Intel and AMD Both have a great showing in this 6-core shootout.

For gaming, I chose to mix it up a little bit from what we’ve done in the past. Most games we test are first-person shooters, so I chose to throw a flight simulator in the mix. Xplane 11 depends heavily on single-thread performance, even more so than newer modern games. 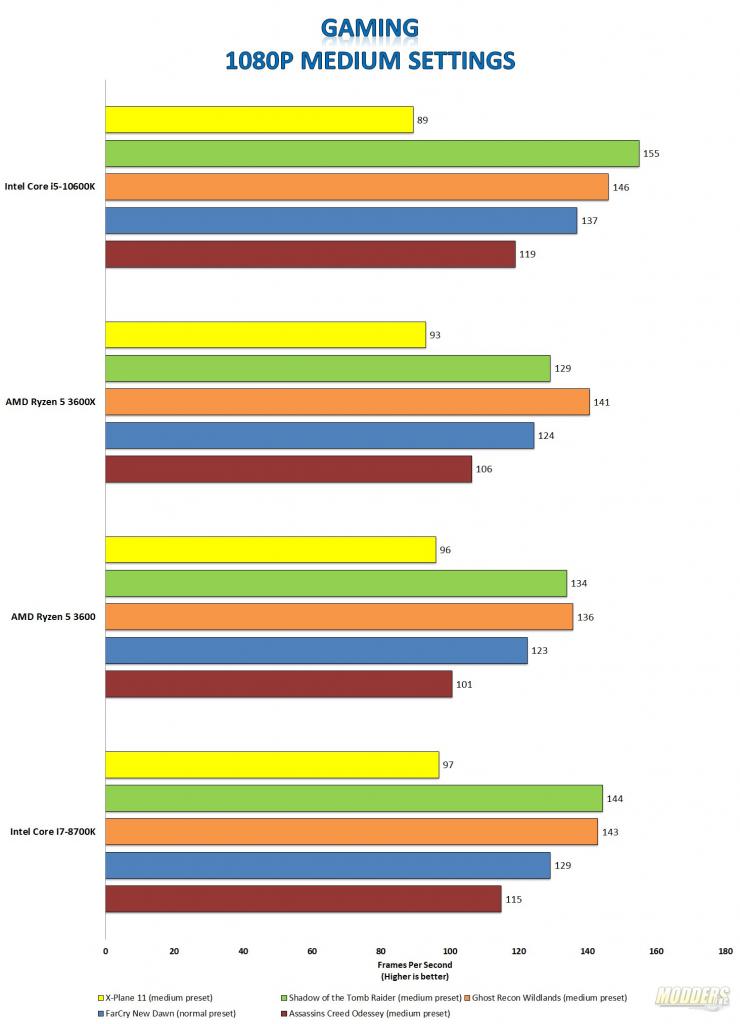 While not a huge difference in performance, Intel still leads in the gaming category. Intel leads in every game I tested.