These charts were taking running POV-RAY tests. Starting we’ll look at single-core performance. As you can see during the tests, the i5-10600k hits 5.8GHz, and the load bounces around to different cores. Temperatures remained below 00°C with a few peeks up to about 49°C.

The multi-core test was run next, again at all stock speeds. As you can see, clock speeds leveled out around 4.5 GHz. The CPU temperature was good here too as temperatures hovered around the 56°C mark.

Next, I pushed the multiplier up to 52 and added a slight bit of voltage so the system could remain stable at 5.2 GHz on all cores. This is a 700 MHz overclock on the i5-10600k.

The multi-core test shows the clock speed locked at 5.2 GHz. To reach 5.2 GHz, I did have to bump the voltage up a little bit and the running voltage as reported by the software was 1.389v during the test.  Temperatures were still good although a little higher than I initially expected. Temperatures hovered around the 80°c mark with a few peeks up to 81°c.

Keep in mind that my test benches use a 360mm custom loop for cooling. My review sample did not come with a cooler.

Performance gains in Aida64 get a pretty good boost. However, I think that the memory performance issue that I saw in the stock tests happen to be holding back the performance in this test. 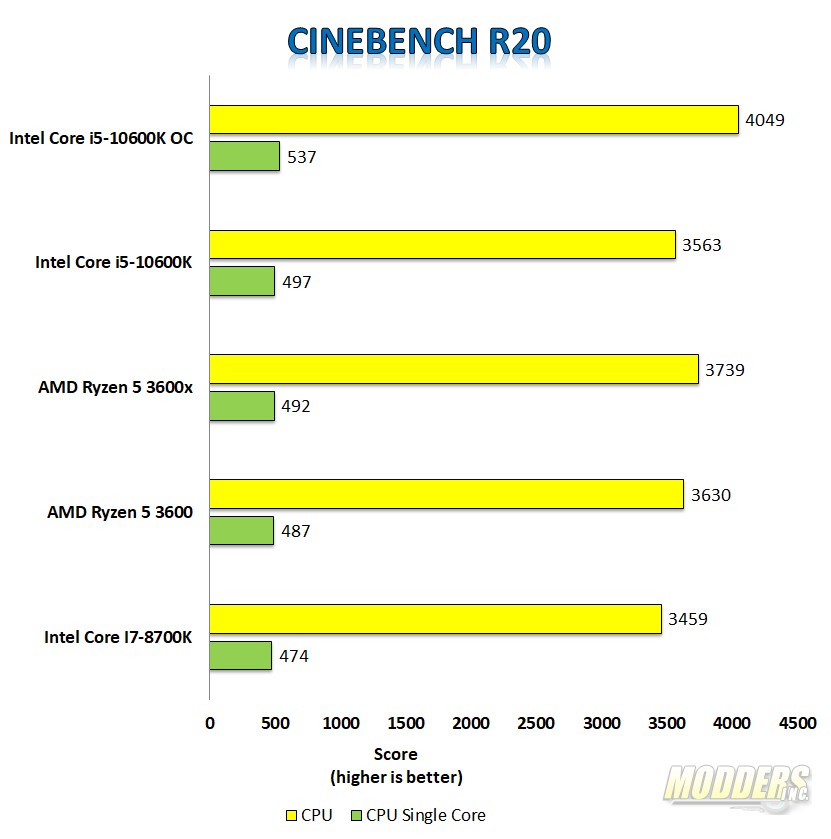 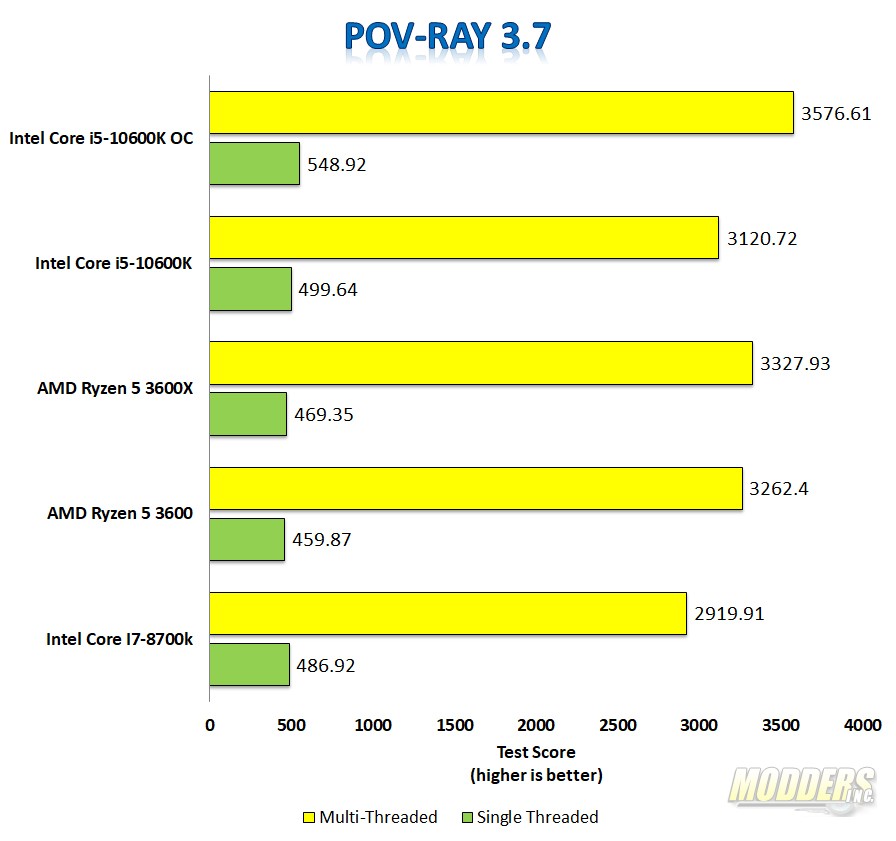 POV-Ray gets a good boost in performance as well.

From a gaming standpoint, I re-benchmarked all the gaming tests that I do in CPUs. 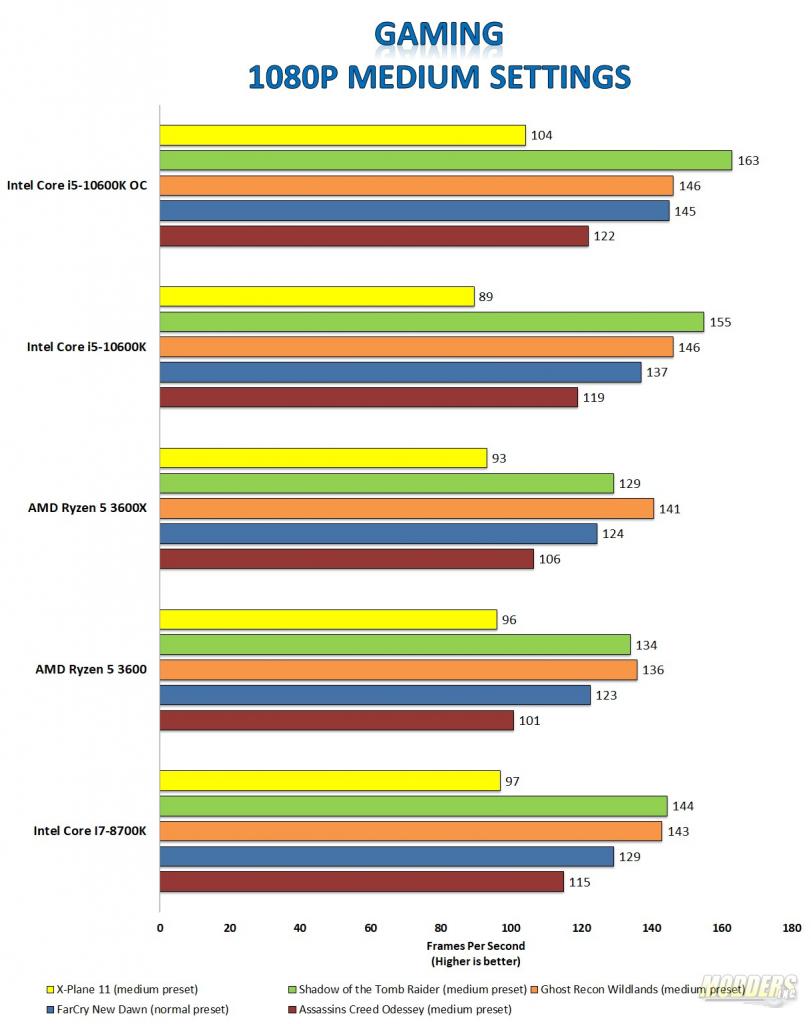 Almost all the games saw an increase in frames per second except for Ghost Recon Wildlands. Xplane which thrives on fast single-core CPUs, gained 15 FPS, Shadow of the Tomb Raider gained 8 FPS, Farcry New Dawn gained 8 FPS, and Assassin’s Creed gained about 4.

After looking at the chart above, I decided to put all the upper-end CPUs that I have in one chart. 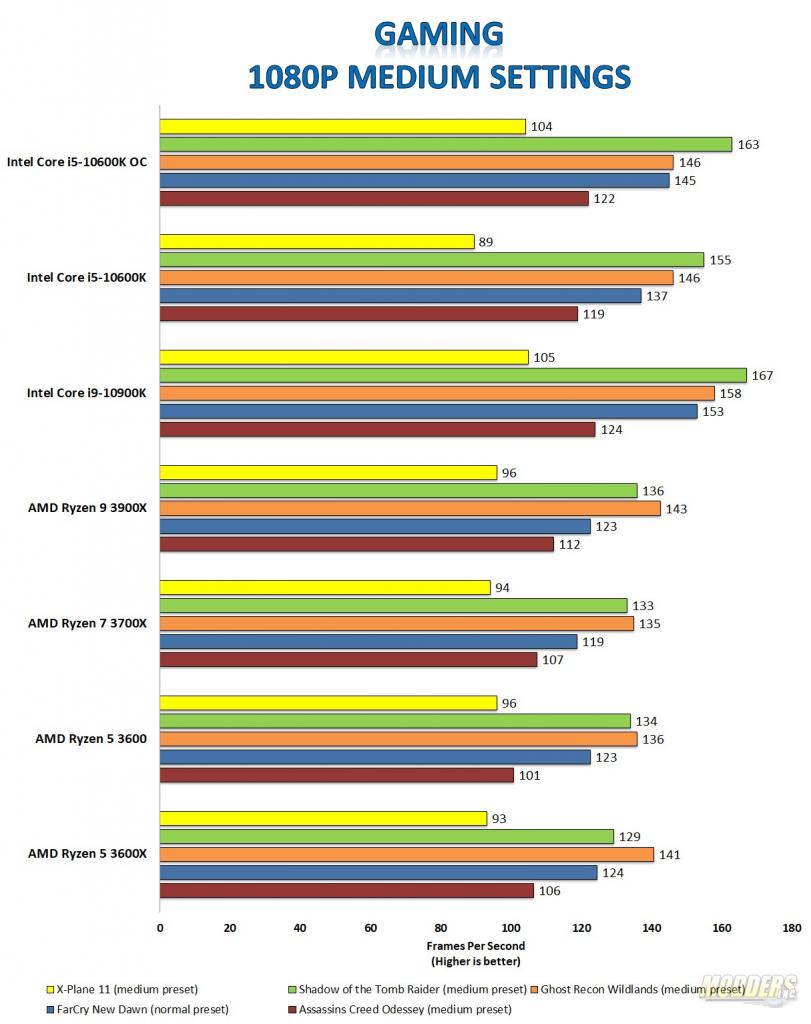