While many modders get ideas from modern designs, Alexey Butyrin draws inspiration from vintage machine designs, parts of which he collects, and assembles them into works of art. His unique “dieselpunk” approach to modding accurately recreates the brute yet warm feel of old engines and devices, especially with his latest “Iron Felix” case mod outfitted with vacuum tubes, gauges and other authentic vintage parts. This casemod was built in 2009–2010. It was my first step in modding, but I tried to do my best. “Iron Felix” (“Zheleznyi Feliks” in russian) is a retrofuturistic technical fantasy and a hymn to vacuum tube era. It is named after “Felix”, very famous and widespread mechanical calculator produced in USSR from 20s to late 70s. I attempted to imagine how soviet computing machines could have developed in a dieselpunk world. I was inspired by design of soviet devices of 40s–60s and used original gauges, tubes, switches and so on, collected while stalking around junkyards of National Nuclear Research University (Moscow).

All gauges are functional and show voltages, air cooling intensity, HDD activity and CPU energy consumption. You can tweak the coolers’ speed at the front panel, reset BIOS settings, switch the sound signal and lighting on/off. The case isn’t limited to certain hardware configurations so you can use it with any hardware just like any commercial case. Modding united both of my general passions — computers and vintage devices. I’ve been repairing, asssembling and overclocking PCs since high school, and nearly at the same time I started to collect and repair old radios, typewriters, etc. Some years after I got an idea that I can combine my hobbies and start making vintage-looking devices by myself. Where do you get your inspiration from for your mods?

The main source of inspiration is my collection of old devices. I select only ones that I consider beautiful, and preserve them in non-touched condition like in museum. But if some old device looks ugly, or if it’s in poor condition, I take it apart to pieces and think what new things can I do with them. Also, I get inspiration from high-grade mods in retro style (for example, Wolfenstein PC: http://www.siemund.org/blog/2009/01/20090124_02.jpg) and from dieselpunk artworks. And I have a big collection of vintage photos from 1920s–1950s, generally American, which are applicable to dieselpunk style. I wanted to make big, impressive, industrial-looking device with a touch of fantasy and artistic exaggeration. It is expressed in the quantity and size of the tubes, placed on external panels for display. But on a par with all this fantastic elements, I also tried to maintain the style of real devices. I used suitable fonts, chose only parts of nearly same period and tried to hide all modern components which were not corresponding with preferred style. Firstly I had made some sketches on paper, but then got an idea of taking photos of all usable components in same perspective with the same lighting. Then I wanted to combine these photos using a graphical editor and to move them around the canvas, looking for better positions. To make the cut-and-paste process easier, I decided to take photos with black background. It also eliminated a necessity of using shadows (what can be darker than black, huh?). But suddenly I understood that black panel looks really good, so the temporary simplification gave birth to the final idea.

The hardest was to maintain the quality of the work. It was my first serious casemod, and I did almost everything for the first time. For example, before that I never used LEDs or cut a metal with dremel. So I was making a lot of mistakes, correcting them, and it took plenty of time (I also was a student at that period, so the time was a real problem).

I think yes. Because I had rather photorealistic sketches, I had just to follow them, approaching reality to project.

Now, with new experience, I would choose more advanced technologies for making some parts. Also I would add a protective frame around the front panel. But I am still satisfied with the design.

I began drawing sketches October 2008 and finished the mod in February 2010. But there were a lot of gaps in my work, so the mod could be done at least three times faster. I’ve just finished another mod, maybe not so impressive, but more advanced technologically. Unfortunately, full description is in Russian :-( http://www.modding.ru/view/15230.html. Briefly, it is a German-style custom case with pullout construction. Thank you for agreeing to an interview Alexey and we are looking forward to seeing your next creative project. Check out the gallery of Alexey’s other mods here: http://www.flickr.com/photos/109182343@N04/ 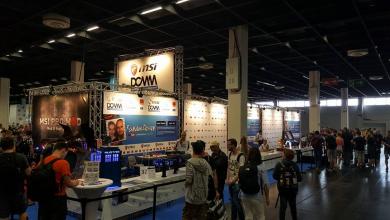